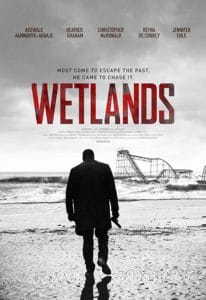 Wetlands is a talky crime drama with very little to say. Writer/director Emanuele Della Valle goes for a drab mood, putting a collection of forlorn, flawed characters in a dreary setting, ruminating on past transgressions and dealing with present troubles. While a talented cast occasionally elevates the dreariness, the glitchy story is more dull than distressing or dirty.

Disgraced former Philadelphia detective Babel “Babs” Johnson (Adewale Akinnouye-Agbaje) returns to the outskirts of Atlantic City hoping to reconnect with his teen daughter (Celeste O’Connor) and co-parent with his ex, Savannah (Heather Graham). He accepts a spot on the local police force and partners with Paddy Sheehan (Christopher McDonald), a hard-drinking gambler, who’s probably not helpful in Babs’ maintaining his own newfound sobriety. Luckily though, Paddy’s wife and local newscaster, Kate (Jennifer Ehle), seems very welcoming. Soon, Babs gets caught up in a drug case that hinges on “Surfer Girl” (Reyna de Courcy), who also happens to be Savannah’s new lover.

This tapestry of damaged humans is painted in murky broad strokes with everyone given easily defined vices and obstacles, from addiction to running afoul of local gangsters straight out of central casting. To aid in the tidy, synthetic neo-noir vibe, Surfer Girl provides a stilted voiceover that states the obvious while sounding overwritten and unnatural. The pain and longing rarely feel sincere, especially coming from the dreamer character with a plan to extricate herself from the situation.

Della Valle manages to use the melancholy setting to conjure some evocative imagery. The Wetlands, a greyish-green marsh network dotted with dive bars and depressing homes, is a fine place for suffering and hopelessness. However, the overwhelming oppressiveness, shown in several God’s-eye shots, is exaggerated without being effective, neutered by the bland narrative. 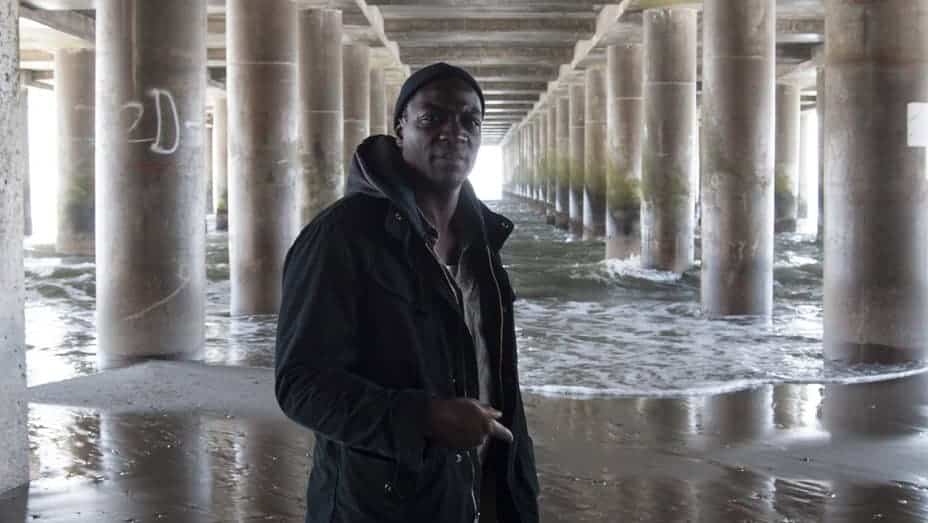 Making things worse (both in the story and by adding to the obvious representations), a hurricane is bearing down on the area, ready to bring more complications. However on-the-nose, the storm provides for an interesting shot of a boardwalk rollercoaster half-submerged in water, suggesting ups and downs will always exist in this place and for these people.

Akinnuoye-Agbaje adds some nuance to the misery and looks the part as a strong but unsettled soul. Ehle creates a character out of a rough sketch, leaving an impression that outlasts her screentime. Graham has even less to work with, her try-hard appeal defined by yellow-tinted sunglasses. McDonald wears dishonesty well, equal parts affable and off-putting.

While the central cast is strong, their heavy lifting isn’t quite enough to pull Wetlands out of the dramatic doldrums. Two mysteries – one dealing with what exactly happened in Philly and a second involving a manufactured-feeling new development – don’t generate enough momentum to create thematic resonance. Any commentary on escaping and/or living with sin and regret evaporates into the metaphorical swamp.