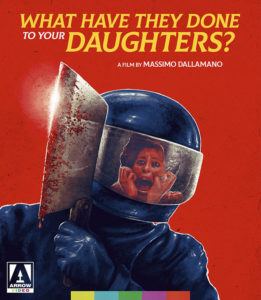 This product was provided by Arrow Films for the purpose of this review. All opinions are our own.

Though not as prolific in the Italian exploitation boom of the ’60s and ’70s as some of the greats, like Argento, Fulci and Bava, Massimo Dallamano carved out his own niche, crafting a dozen or so films – from light sex romps, such as Innocence and Desire, to his more popular giallo-style films, including the fantastic What Have They Done to Your Daughters?, which is newly released on Blu-ray from Arrow Video.

The second film in a loose trilogy, the first being What Have You Done to Solange? and the last being Red Rings of Fear, directed by Alberto Negrin after Dallamano was tragically killed in a car crash in 1976. Many of Dallamano’s films play with similar themes, mostly focusing on the power struggle between men and women (and often featuring women being dominated by older, sleazy men), along with government corruption, frequently blending the giallo and poliziottesco genres. 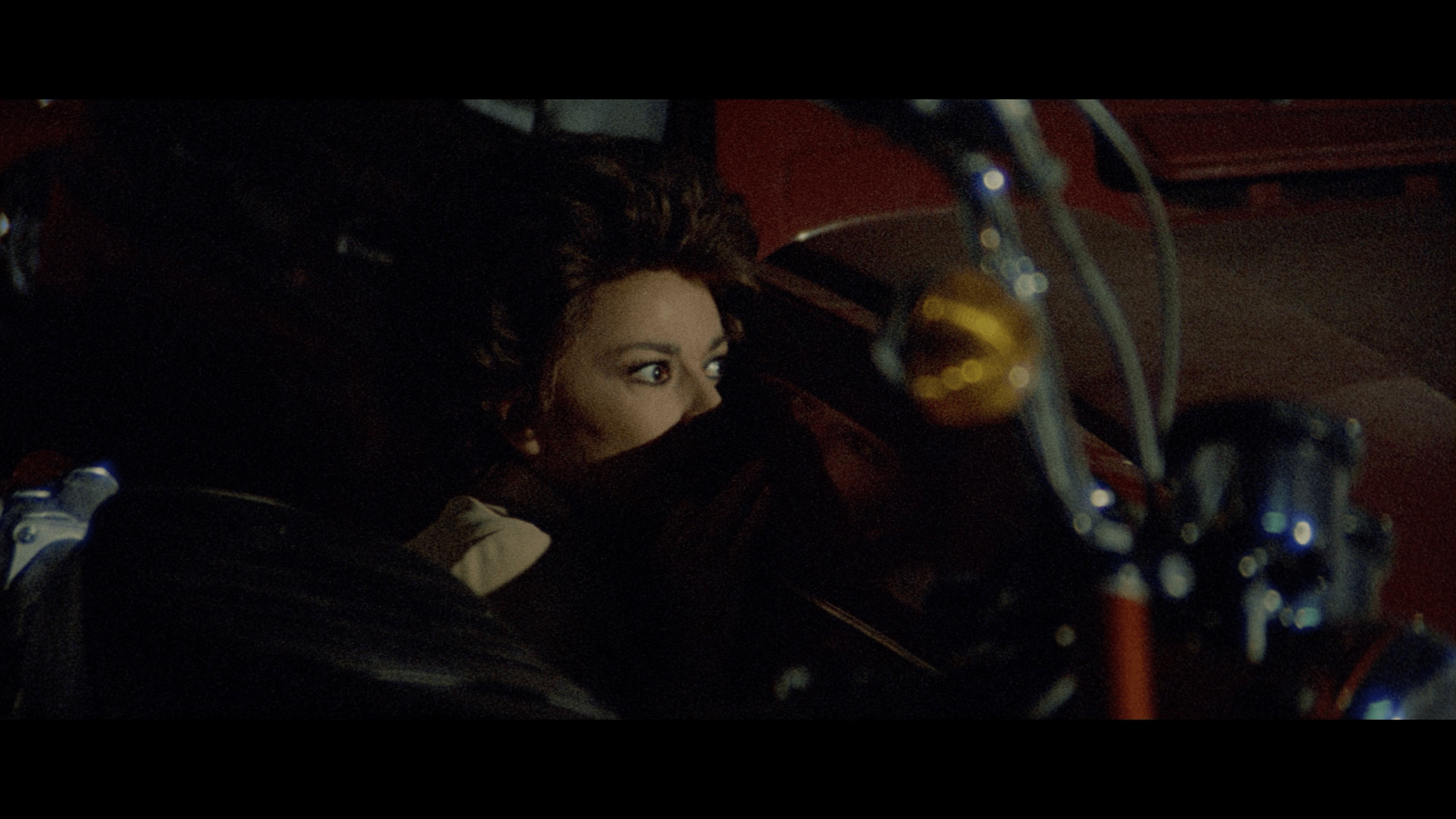 What Have They Done to Your Daughters? is the perfect amalgamation of his styles, presenting a dark, violent giallo tale within a gripping procedural. The film opens with Stelvio Cipriani’s infectious score, set to the opening credits and featuring school girls exiting class. We then jump to a horrific crime scene in which a 15-year-old girl was hanged naked in an attic. Giovanna Ralli plays Vittoria, a newly appointed Assistant District Attorney (ADA) who has been assigned this as her first case, aided by the charismatic Inspector Silvestri (Claudio Cassinelli).

Ralli gives a commanding performance, with her character of Vittoria never allowing her overbearing male superiors get in the way of getting the job done. Vittoria remains steadfast, even when the killer sets his sights on her. While much of the film is spent with the police attempting to track down this killer, it’s Ralli who steals the show in every scene she’s in. 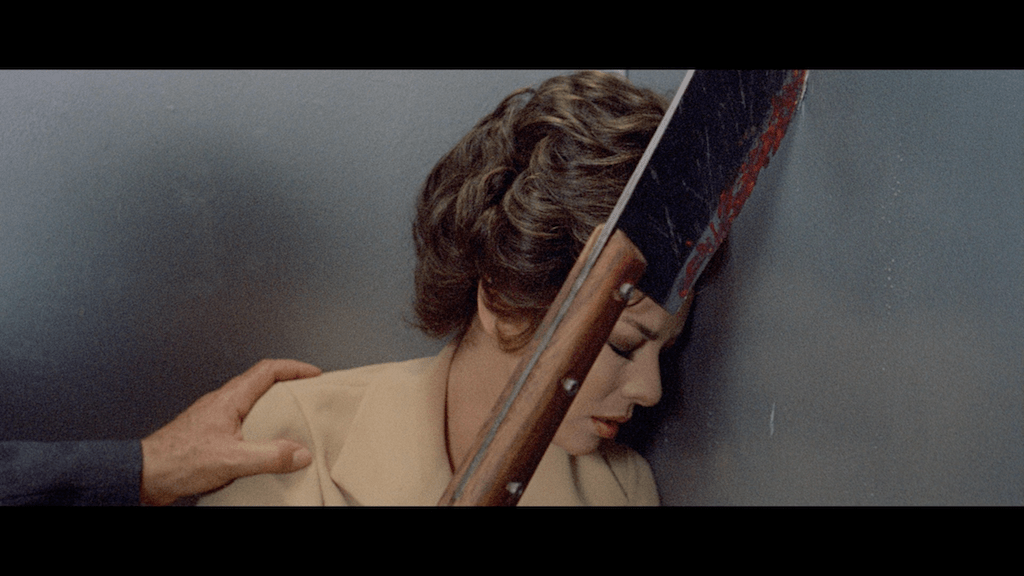 In true giallo fashion, the film mixes mystery and brutality with raw sexuality, accentuated with top-notch handheld cinematography by Franco Delli Colli. What sets this film apart, however, is the focus on the procedural aspect, following the investigation more than the victims and perpetrators. This lends itself to the overarching theme of government corruption as the police and ADA make a futile attempt to bring justice to those in power.

There’s an incredibly well-shot motorcycle chase scene through Rome, a highlight of the film and one of the few moments of action, another being a foot chase in which the killer attempts to finish off one of his victims in a hospital. This scene leads to a particularly interesting shot involving the killer choking the young woman in her hospital bed with the camera pulled in so close that her shallow breath fogs up the lens. 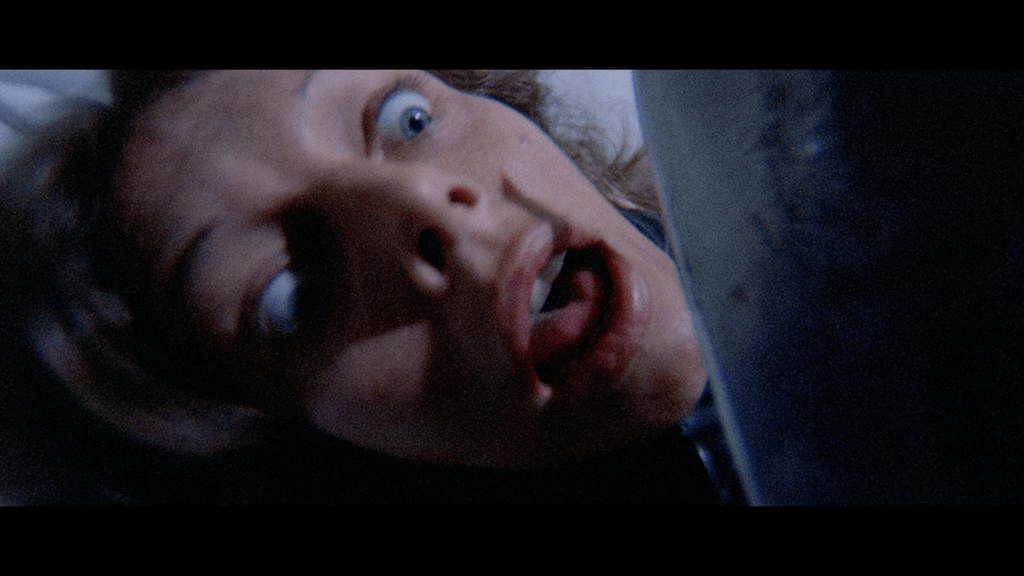 While the violence is brutal and very bloody, like many films of this ilk, it’s often what you don’t see that proves to be the most disturbing. There’s an extended sequence involving the investigating team listening to some tapes recorded by the men behind the killings in which Dallamano keeps the camera static in the room, allowing us to listen and react to the horror as we watch the investigators do the same.

It’s an excellent film and ranks high on the list of many giallo films to be released in this era, so it’s amazing that Arrow has decided to release this special edition featuring a new 2K restoration from the original camera negative. The Blu-ray contains both the original Italian and English audio tracks, with the English dubbing very well done (and my preferred way to watch). I know this may seem blasphemous, but I’m so used to these genre films having English dubbing that, after only a few minutes of watching, I realized it just didn’t feel right watching in Italian. 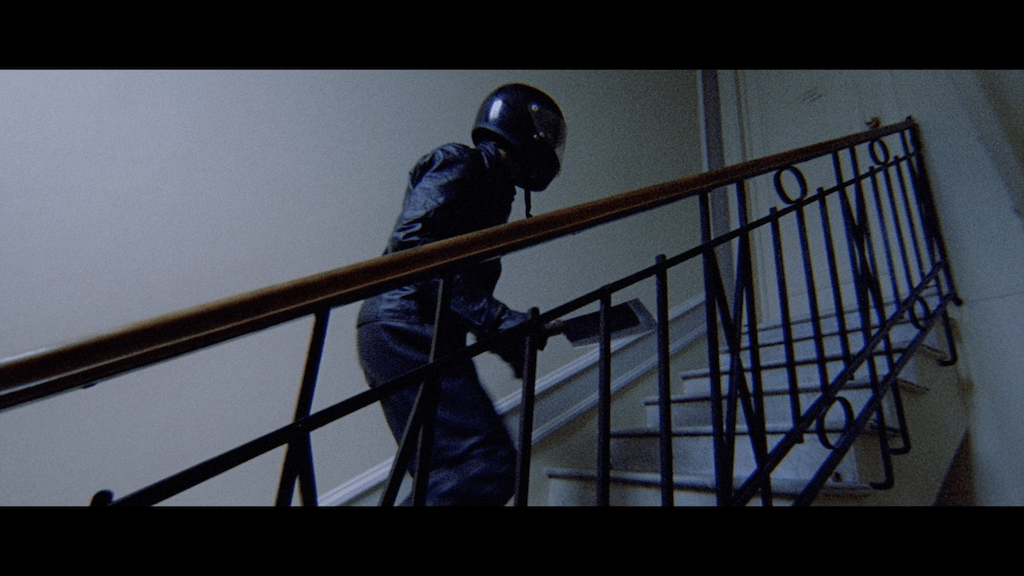 On the disc there’s an audio commentary track from author Troy Howarth, a video essay by Kat Ellinger, interviews with composer Stelvio Cipriani and editor Antonio Siciliano (that were done in 2016), trailers, an image gallery and, perhaps one of the most confusing additions, hardcore footage that was shot and unused in the film. This collection of sex scenes completely baffled me as to how they planned on using seemingly random acts of hardcore sex in the film, and I would have liked to have a bit more context to go with it.

What Have They Done to Your Daughters? marks another great release from Arrow and one that I highly recommend picking up, especially for giallo nerds like myself.