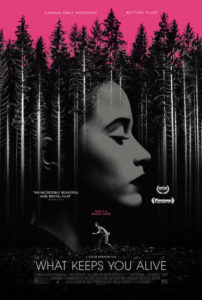 Writer-director Colin Minihan played with formula in the slasher-sci-fi mashup Extraterrestrial and the atypical zombie film It Stains the Sands Red, and his latest is the most successful genre shakeup yet. What Keeps You Alive weaves intrigue into the isolation thriller via a central relationship that takes the idea of the never fully knowing your romantic partner to harrowing extremes.

Hannah Emily Anderson and Brittany Allen give engaging performances in what is largely a two-hander, both of them providing depth to the layers of emotional, psychological, and physical trauma that arises. Despite some questionable (read: horror-movie-idiot) decision-making by the characters, the two leads and Minihan sell various swerves, providing enough complexity and well-crafted suspense to sustain momentum.

Jackie (Anderson) and her wife Jules (Allen) retreat to the cabin in the woods owned by Jackie’s family for a romantic weekend. From the beginning, there’s some weirdness that comes with the couple arriving at a locale that is intimately familiar to one of them but not the other. Jackie seems a bit off, perhaps distant from the nostalgia of place she hasn’t visited for a while. Jules experiences an expected level of unease mixed in with her excitement. A visit from Jackie’s childhood friend and across-the-lake neighbor Sarah (Martha MacIsaac), who reveals some information previously unknown to Jules, sparks a rift that leads to some genuine surprises.

The less you know about where things go the better, as Minihan manages something rare in the typical genre exercise: an exceptionally skillful sharp turn. The buildup to the unexpected change of direction appears to be lighting the fuse for a slow-burn type of thriller, and then there’s a swift escalation that truly caught me off guard. From there, it feels like all bets are off and anything could happen. The narrative upheaval is tied to the previously simmering, now radical recalibration of the marriage, and it’s handled with a remarkable blend of finesse and boldness.

The suddenly visceral and immediate relationship goals are communicated with wonderful urgency by Anderson and Allen, adding intensity to a cat-and-mouse game where those roles are fluid. There are moments when both cat and mouse seemingly have a way to achieve their goal or extricate themselves from a dire situation, but any second-guessing is secondary to story resonance and in-the-moment menace. 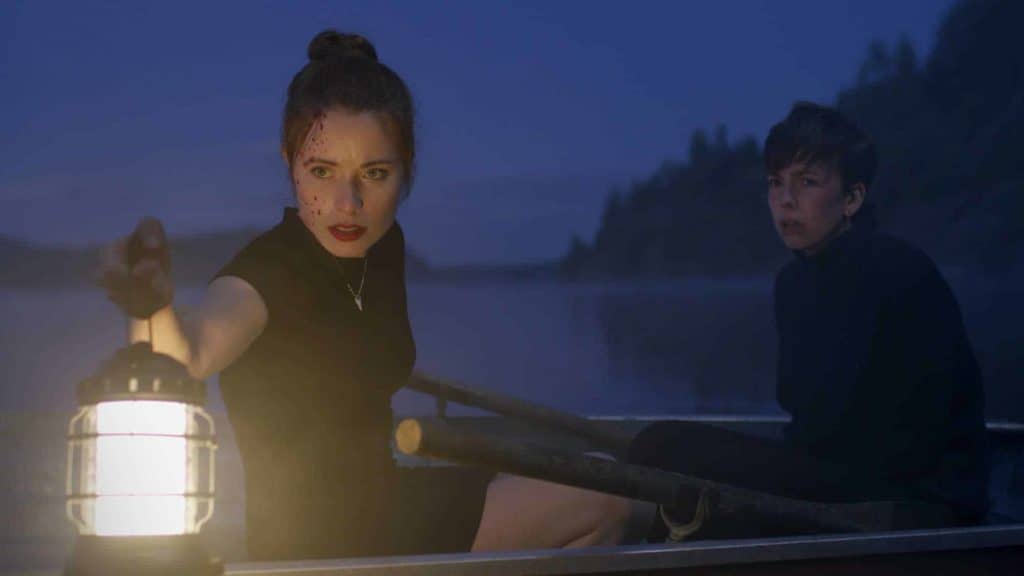 Shadow and light are used effectively to add mystery to the proceedings, and so is the densely wooded, disorienting setting that’s shot as equally beautiful and ominous. Various stylistic choices break up what could become monotonous after the early surprise, including an off-screen altercation where thuds and dull cries provide tension. A sequence involving a blacklight matches visual coolness with vivid storytelling, while the music (composed by Allen) adds to the general disquiet.

Though occasionally procedural in a protracted final act, What Keeps You Alive is a solid thriller, constructed with style, that makes its manipulations matter.

Paul Schrader’s THE CARD COUNTER Gets a Trailer

Paul Schrader’s THE CARD COUNTER Gets a Trailer