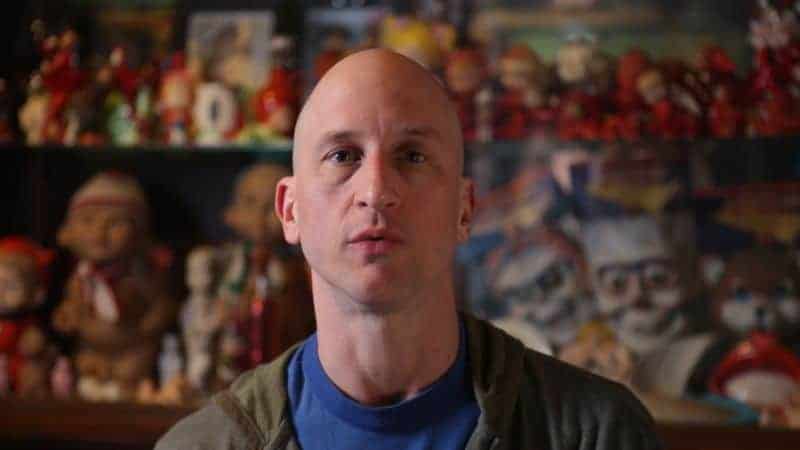 Way back in November of 2016, we featured a documentary on our Kickstart Sunday feature that took a look at the life of Mike Diana, the only artist to ever be convicted of obscenity in the United States. Now, a film by master of schlock Frank Henenlotter, Boiled Angels: The Trial of Mike Diana, is beginning its festival rounds.

Mike Diana created Boiled Angel, a raunchy, over-the-top and completely intentionally offensive underground comic in the early ’90s. Its unbelievably twisted and disgusting content gave it early notoriety among the many fan ‘zines circulating at the time, and it wasn’t before long that the authorities got their hands on a copy and were none too pleased with it.

As it happens, Diana was living in the Florida suburbs at the time, and started releasing the comics right around the time when a serial killer began plaguing Gainesville, mutilating bodies like some of those depicted in Boiled Angel. Diana was brought in for questioning surrounding these murders, and, although he had an airtight alibi, he was later arrested for obscenity charges and subsequently convicted. 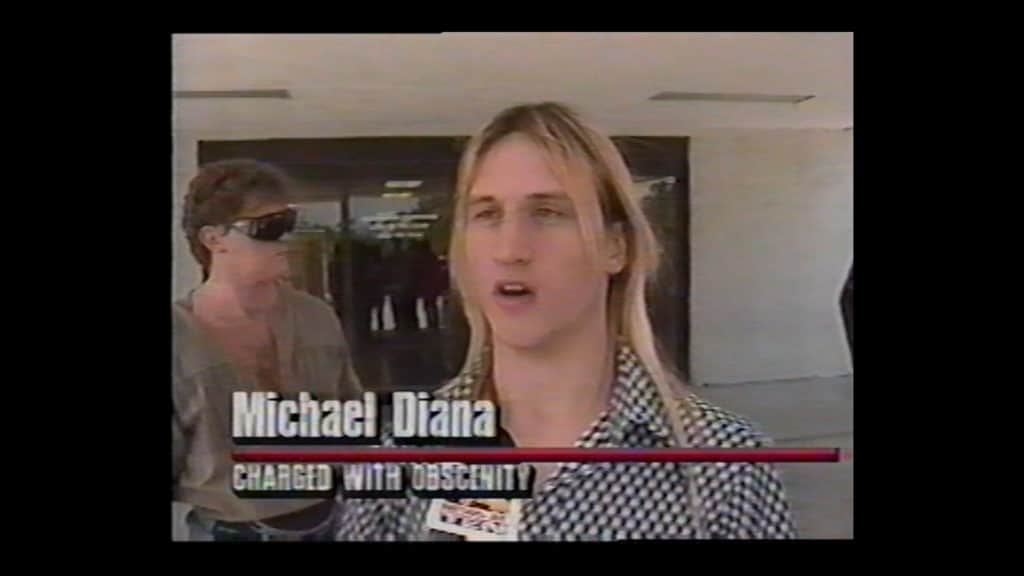 Like Henenlotter’s previous documentaries, Boiled Angels has a notably grungy, bargain-basement look, with cheap-looking effects work and inconsistent storytelling techniques. Although the narrative itself is engaging, the methods used range from standard to poor to grating. Dead Kennedys frontman Jello Biafra narrates, and while I remain a big fan of his, his delivery was completely abysmal and would have been better left to someone like John Waters, who not only has knowledge of obscenity but also proves to be a damn fine narrator.

Several times throughout the film, Henenlotter showcases Diana’s cartoons, having voice actors read out the dialogue and adding sound effects. This adds little to nothing to the story, cheapens the feel of the documentary and proves to be one of its most annoying aspects. The sound effects are entirely too loud and not mixed properly, making the entire experience as uncomfortable as reading one of Diana’s books.

Along with interviews from greats like George Romero and Neil Gaiman, two individuals who could read a phone book and by whom I would still be completely enthralled by, there are also extensive interviews with Diana himself and his family. The family member interviews feel natural and candid, but the interviews with Diana seem entirely too scripted. Rather than him simply reciting what happened, I would have liked to get his opinion of the proceedings, to understand what he was thinking and to see what his mindset was like during the trial.

Still, rough presentation aside, this is a story that should be discussed in art schools and colleges everywhere, as it’s something that has a fundamental effect on creators. While the birth of the internet may have temporarily stopped something like this from happening anytime soon in the States, it’s worth watching just to see how the First Amendment will not always keep you safe, especially when a backwater county has it out for you.