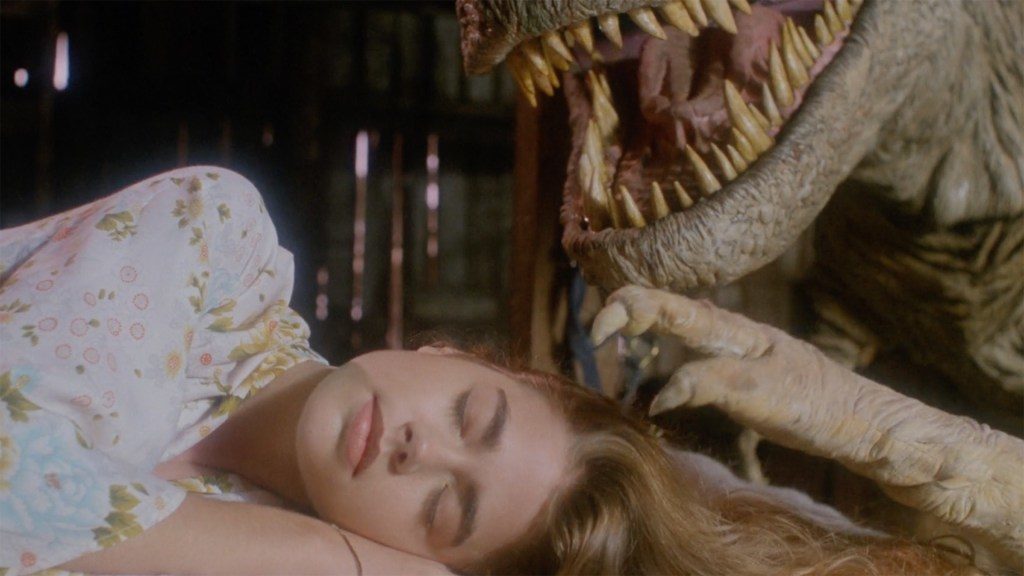 For 2020, I want to start bringing back the monthly giveaways on the site and what better way to usher this in than the very exciting release of the Tammy and the T-Rex gore cut on 4K Ultra HD and Blu-ray? Enter below for your chance to win a copy when it releases the end of this month.

This will be for the standard edition Vinegar Syndrome release on 4K/Blu-ray (pictured below). Unfortunately, this giveaway is only for U.S. residents because I’m poor and cannot ship overseas. Note, your information will ONLY be used for contacting the winner and WILL NOT be added to any lists or marketing junk.

Tammy is a popular high school cheerleader whose new boyfriend, Michael, might be the love of her life. But Tammy’s jealous ex, Billy, won’t stand for anyone coming between him and ‘his’ girl, so he and his friends kidnap Michael, leaving him to be mauled by a lion in a local wildlife reserve. Comatose and at death’s door, Michael’s body is stolen from the hospital by mad scientist Dr. Wachenstein, who extracts his brain and implants it into a giant robotic T-Rex. Horrified by his predicament and new dinosaur body, he escapes from the doctor’s lab and begins brutally killing his former bullies. Meanwhile Tammy and her best friend Byron start searching for a suitable human corpse in which to re-transplant Michael’s brain…

A jaw-dropping assault on good taste from the whacked out mind of cult filmmaker Stewart Raffill (The Ice Pirates; Mac & Me), TAMMY AND THE T-REX features Denise Richards (Wild Things) in her first starring role, alongside Paul Walker (The Fast & the Furious), Terry Kiser (Weekend at Bernie’s), George “Buck” Flower (They Live), and John F. Goff (Drive-In Massacre). Primarily seen in its heavily censored PG-13 version, Vinegar Syndrome brings TAMMY AND THE T-REX to Blu-ray fully uncut for the first time on home video, with all of its gross-out gags and gratuitous decapitations, gut-rippings, and head-smashings, courtesy of special effects wizard John Carl Buechler (Mausoleum), completely intact. 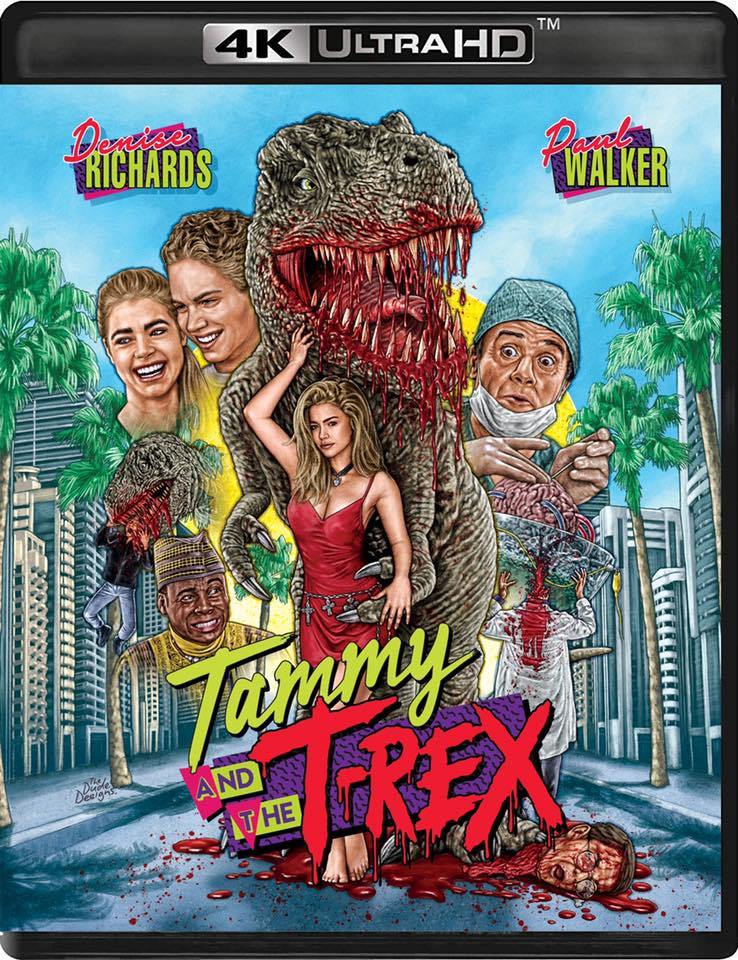