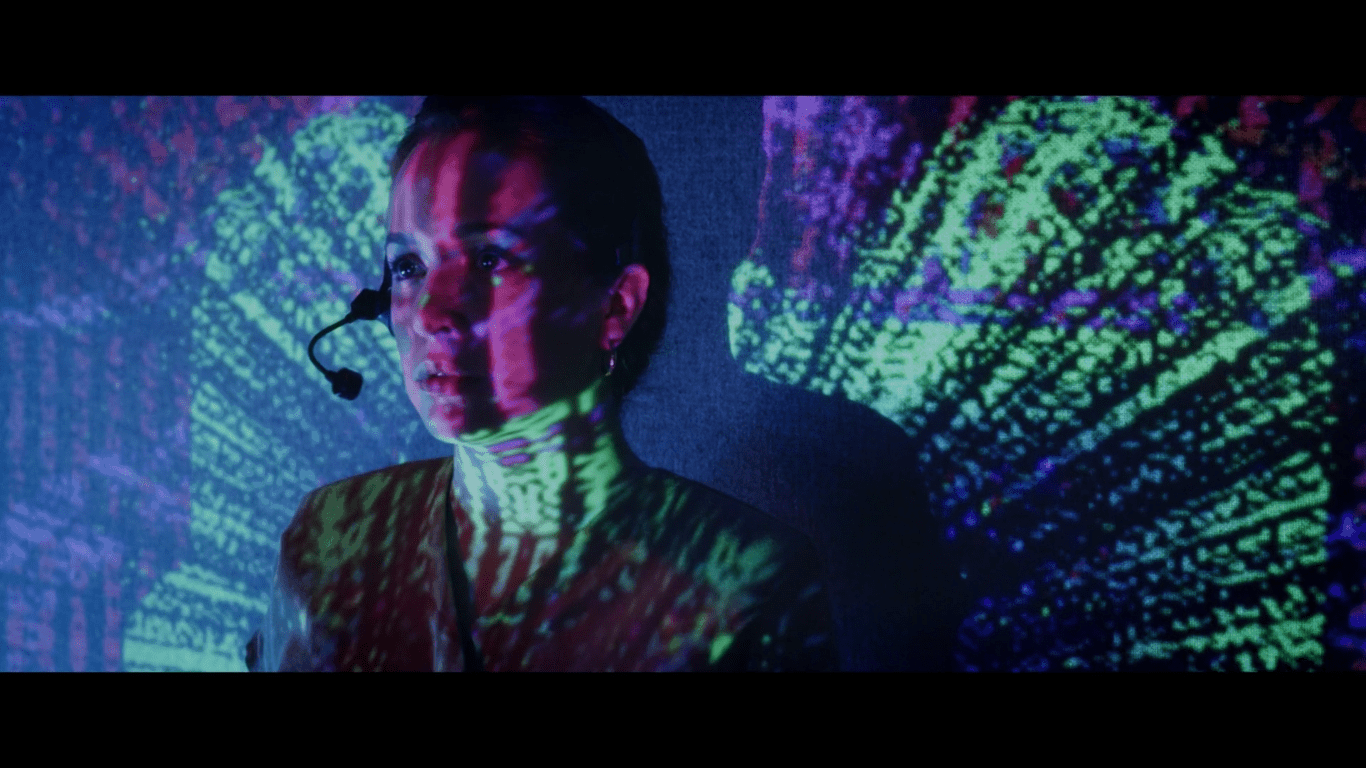 Erica Genereux Smith clearly has a thing for telephones. And, office spaces. Or, I should say telephones in office spaces operated by women, to be more specific. It was the focal point of Are You With Me?, her short film from 2016 that landed on my year-end review of shorts last December. And here, with A Woman on the Telephone: Carol, as you can guess, it is centered around a woman on the telephone…in an office setting. It’s the first in a planned trilogy, in a collaboration with Kayla Lorette (who is also co-writer), that examines the role and relationship between women and telephone systems.

Carol (Lorette) goes at it alone in the film as the secretary for Infotech Communication Services, a company whose specifics remain unknown to her (and to the audience as well). Effectively quarantined to a circular desk, peripherally adorned with a fully non-functioning filing cabinet, some greenery and an inexplicable partition of Windows Media Player visualizations, Carol is an island of inertia, every day the same activities and conversations presenting themselves in a cyclical manner. 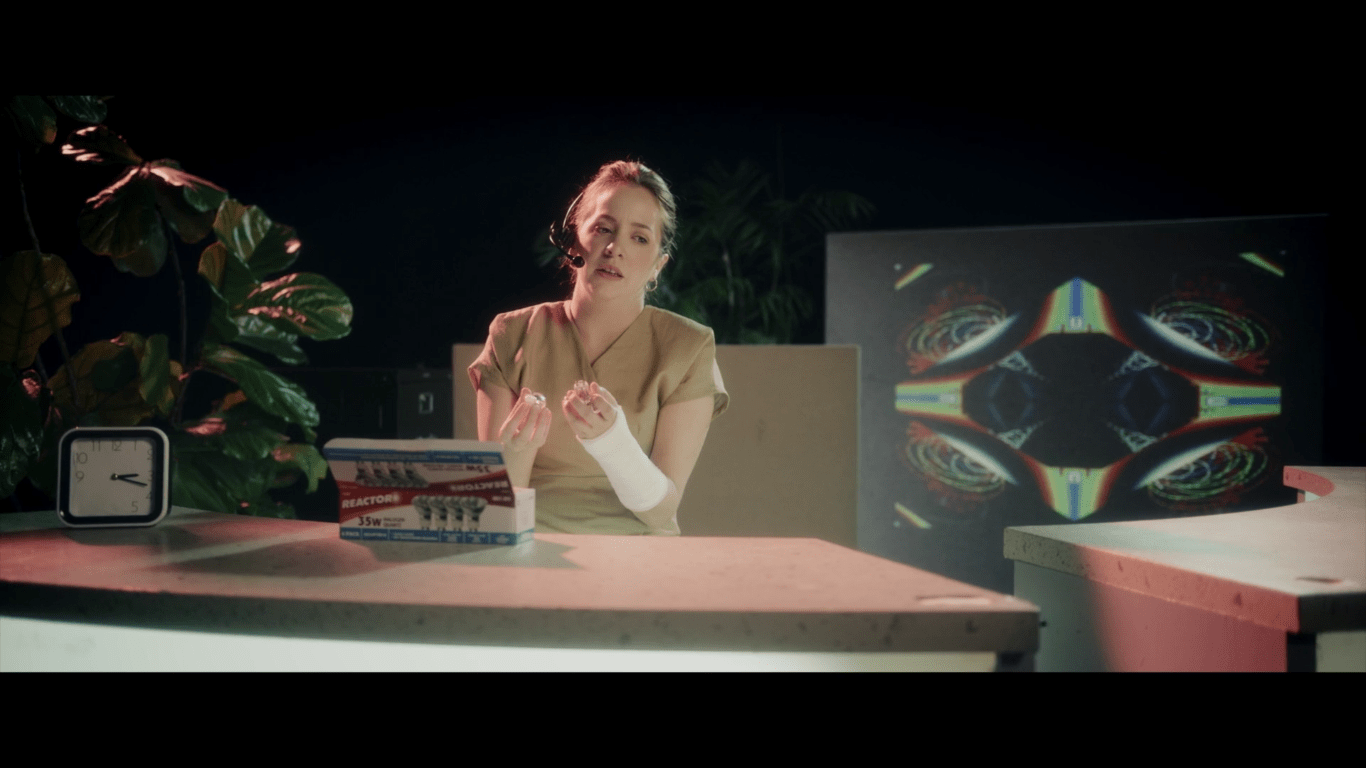 It is a peculiar existence; one that has her ostensibly connected to everyone inside and out of Infotech yet essentially disconnected all the same. This is where Genereux Smith and Lorette are interested in the connected histories in the relationship between women and telecommunication. How it affects one’s identity and so on, from switchboard operators to secretaries, women have largely been at the forefront of a company; the first person one would meet or speak with, as well as a channel through which one navigates. Essentially, an extension of the phone itself. And when Carol begins to come face-to-face with the realization that she may not exist outside of the parameters of her job duties, she inches closer and closer towards a full-on existential crisis and, perhaps, then a breakthrough…but work is work.

Now when it comes to the execution of these ideas, they are presented in a packaged trifecta of Lorette’s performance as Carol, Dan Werb’s score, and Genereux Smith’s editing. Lorette’s mannered turn is a composite of every non-personality created through the thick veneer of professionalism and cordiality, effectively solidifying an absurdist foundation. Werb’s music complements that overall absurdity by soundtracking these solitary tasks of mundanity with an upbeat dance vibe.

The editing is what ultimately seals the deal; specifically, the melody of banality that is cut from James Poremba’s swiveling camera, excerpts and segments of inconsequential speak. A slick rather subtle way of rendering the cavalcade of trivialities into an absurd sequence of workplace greatest hits. These moments existing simultaneously as absurdism and yet, also, as the furthest thing absurdism, as ordinary every day.