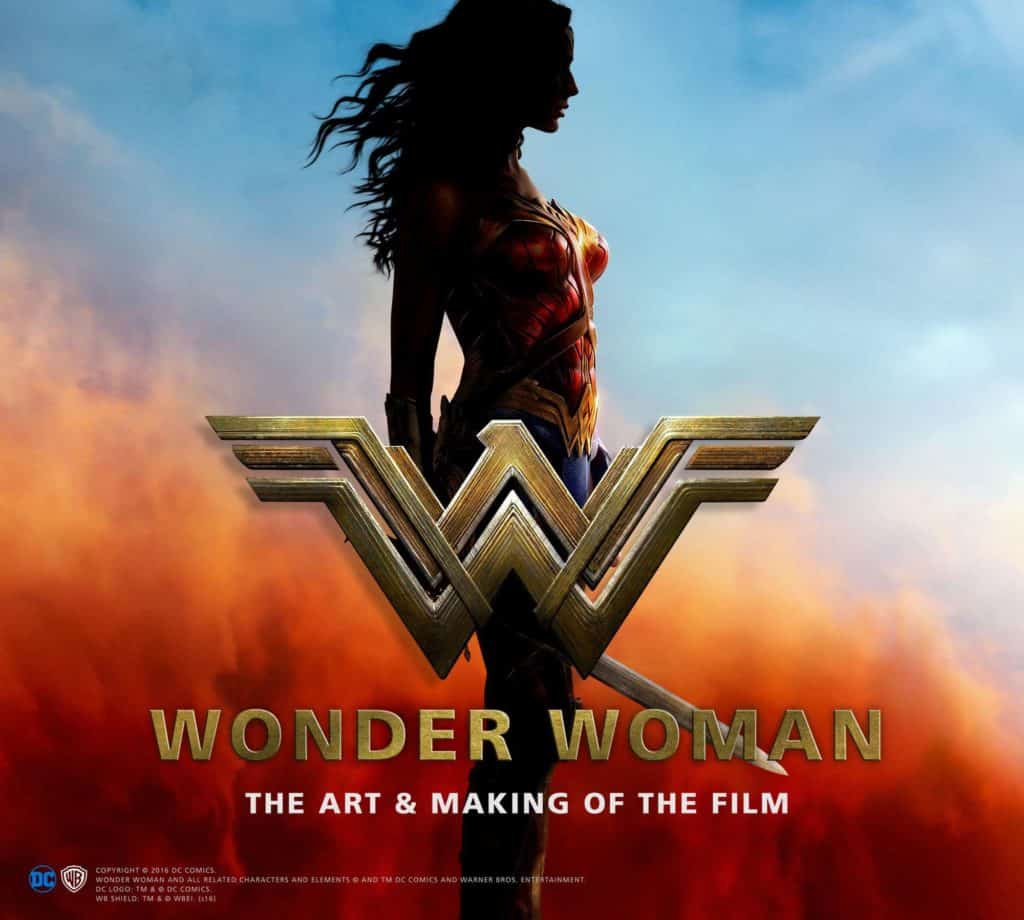 This product was provided by Titan Books for the purpose of this review. All opinions are those of the writer.

Titan Books’ latest release for Patty Jenkins’ Wonder Woman is a weighty, beautiful tome full of stunning artistry and delightful insights into the world of Princess Diana, the invincible enemy of injustice.

It also makes for an interesting read, featuring an introduction by director Patty Jenkins (as well as many quotes provided by Jenkins throughout the book) and great little behind-the-scenes anecdotes that might be fun for film fans to learn more about the filmmaking process.

Paying homage to Wonder Women of decades past, the book is adorned with earlier sketches of Diana Prince, as well as artwork and modern images of Gal Gadot, our latest warrior princess, decked out in the full Wonder Woman ensemble. The occasional rough, texturized page gives this edition a high-quality feel too.

In addition to offering more detailed descriptions of the film’s characters, this particular Titan treasure walks its readers through the selection and design of the film’s significant sets and goes into great detail with the Amazons’ weaponry, including Diana’s sword, battle armor, training armor and, of course, Diana’s iconic arm gauntlets, lasso, greaves and shield. Proper respect is shown both to the designers and to the film’s subjects, who were not just beautiful women playing dress-up but rather mighty, intelligent and totally independent warrior women.

The publication also outlines many of the film’s battle sequences, and there are some neat storyboard depictions of thought sketches that show how the filmmakers planned to shoot the movie’s action events.

The publication’s pièce de résistance, however, comes courtesy of Wayne Enterprises and contains quite possibly the coolest insert that I have seen in this type of art book. Attached to the inside back cover, inside a snazzy black envelope with the conglomerate’s logo stamped on the front, is a replica of the beloved daguerreotype photo of the film’s main characters, including Steve, Charlie, Sameer and Chief, in super-badass poses, which was a prominent prop in Wonder Woman.

Fans of the film will love this book, so it gets a strong recommend from us for anyone who was left wanting more from Wonder Woman.