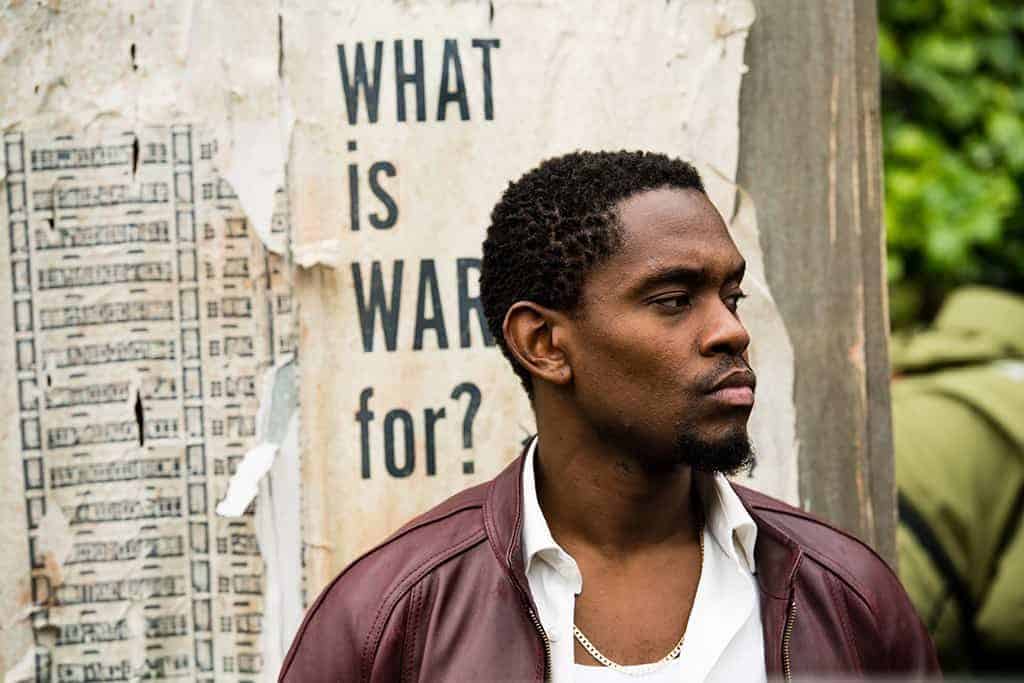 There are some great scenes in Yardie, forged by good performances and cemented by inspired direction from Idris Elba, that stick out as particularly accomplished. Whether they take place in 1970s Kingston or 1980s London or whether they’re quiet moments of internal development or centered around the frenetic violence in the world of organized crime in which the film is largely set, they build carefully within their own confines, well crafted and executed with robustness.

The problem is that the movie as a whole isn’t as organized, let down by a meandering script from Brock Norman Brock and Martin Stellman that doesn’t consider the deeper nuances of its plotting in meaningful ways. As we follow the life of the protagonist, a young Jamaican man named Dennis (Aml Ameen), we see that his stakes, on paper, carry an enticing complexity.

He’s haunted by a childhood trauma – the murder of his brother, Jerry (Everaldo Creary). Now living in London and having fallen in with the local drug trade, he’s tasked with performing a delivery for a well-connected kingpin and fellow expat named Rico (Stephen Graham), who, it is discovered, was responsible for Jerry’s death. Dennis wants to get revenge, though further activity in this environment will draw him deeper into the underworld and further into danger.

The scope of the character’s arc should provide for a much more fascinating movie, but Yardie is filled with missed opportunities – or rather, ones that it doesn’t visualize in the first place. Although Ameen is a capable performer who brings a quiet, intense presence, Dennis’s inner turmoil over the crossroads before him is oft-stated but unexplored, leaving the actor without room to move beyond the barriers of predictable decisions and tepid dialogue. 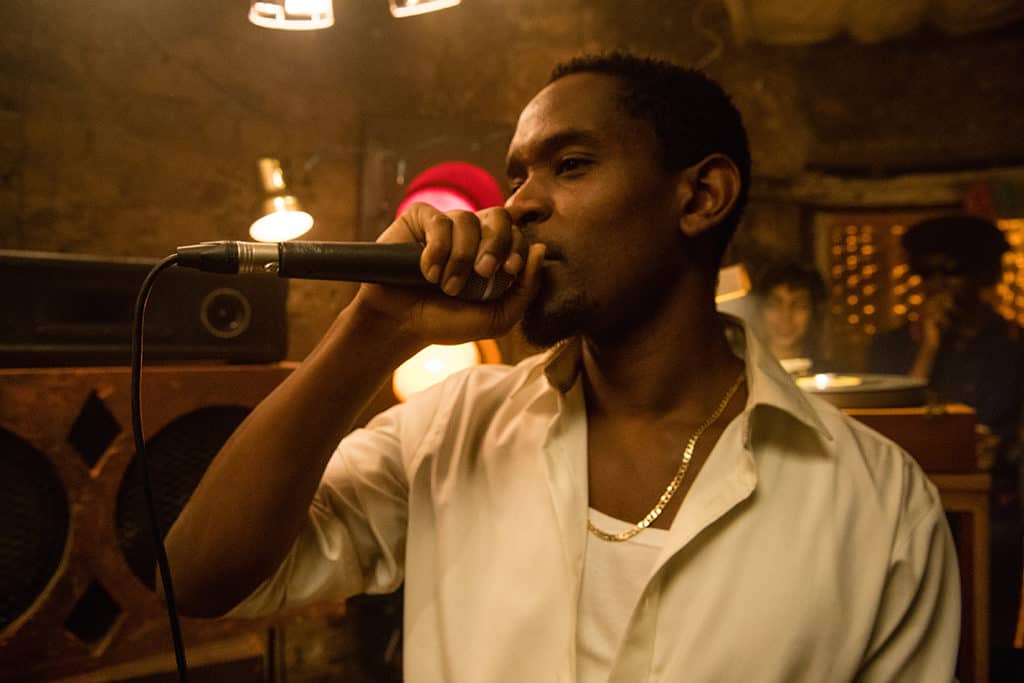 Similarly, the emotional risk alongside his physical risk – namely the toll this is taking on his wife, Yvonne (Shantol Jackson), who moved to London some years before Dennis did to raise their infant daughter and to build a new life – is relegated to glorified window dressing. Elba makes great effort to give this story a sense of constant immediacy and stylistic freshness, with both bold swaths of neon lighting sweeping through the film’s visual palette and frequent sequences in which Dennis sees visions of his brother’s ghost, which are filmed with a bracing directness. It’s clear that he has potential as a director.

Yet that doesn’t change the notion that this movie isn’t very compelling, with each turn of events coming with predictable returns at a drawn-out pace. Characters are relegated to their most derivative possible actions. Their actions don’t come off as an extension of a working logic as much as they do a series of preprogrammed lists – what a bad guy says, what his enforcers try to do and how a conflicted hero reacts to the choices before him.

Dennis’s quest for vengeance becomes something of a MacGuffin, and it’s an obviously bad sign when the most prominent casualty of a movie’s middling output turns out to be its main story element. Choices that help film stand out from time to time, like how characters’ connections to the music industry in various forms is a key aspect of the plot (and one that contributes to an eclectic soundtrack), are signifiers of a better alternative that could have been a reality with stronger writing. 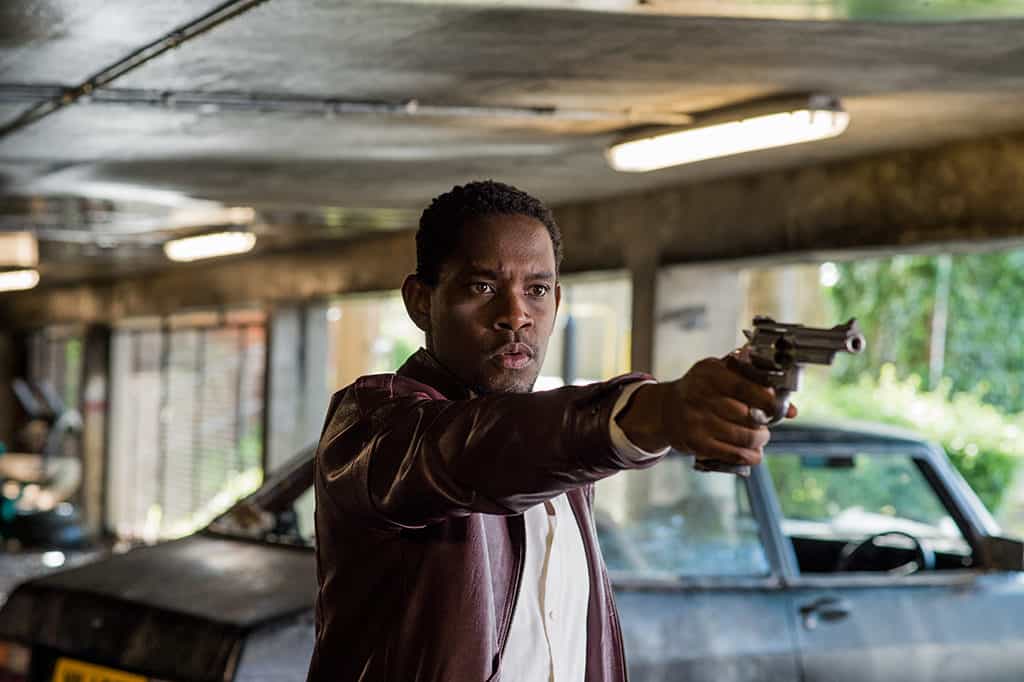 Yardie is caught in a continuous push between its merits and its restraints and winds up in a frustrating liminal space that leads the whole thing down the road to mediocrity. It’s hard to take one look at any major setpiece in here and not conclude that Elba is capable of making a great movie and knows how to assemble a cast and crew who can bring that vision to life.

The problem is that a movie like this one, so dependent on the constant affirmation that we believe in everything that happens, isn’t going to get by without a solid narrative foundation. The script doesn’t plot a coherent progression: there’s nothing to consider with regards to where Dennis has come from, where he has gone or what he will do from here.

He’s been through so much, and we have followed him many steps of the way, viewing his journey with fascination. Yet if we come out much the same way that we went in – never feeling that anything was truly in suspense or that the film’s world was ever all that realized to begin with – then we’re not left with much in the end.