Vertical Entertainment has released a new trailer and poster for the upcoming horror thriller Here Alone, which focuses on a woman living in seclusion after the zombie apocalypse. Directed by Rod Blackhurst, the film stars Lucy Walters, Gina Piersanti, Adam David Thompson, and Shane West. It premiered at last year’s Tribeca Film Festival, you can check out our review here. 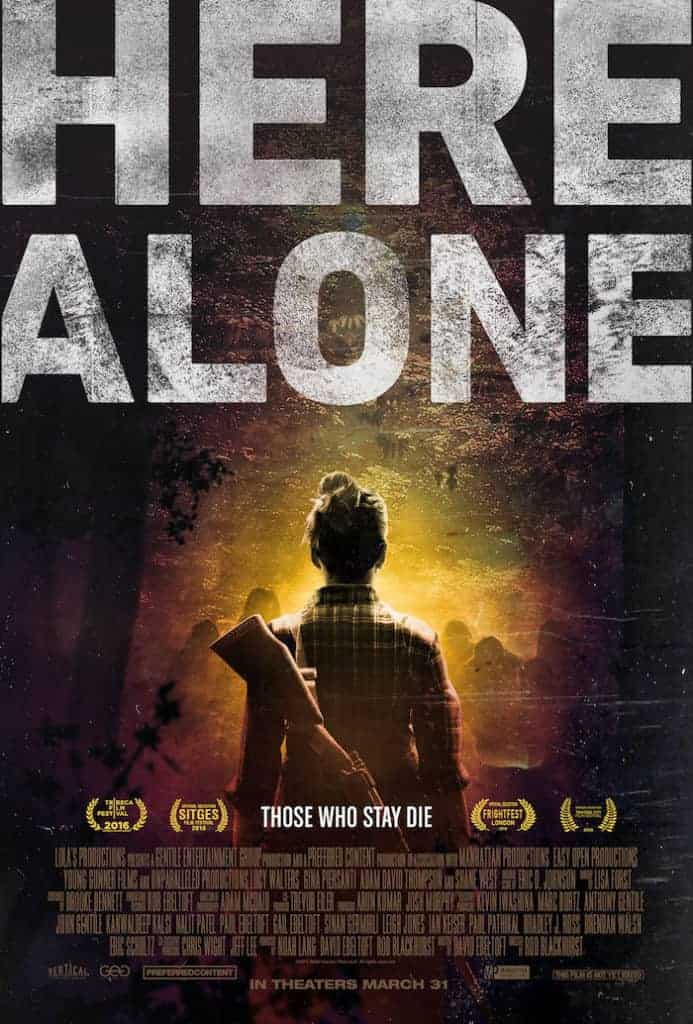 In HERE ALONE, a young woman struggles to survive on her own in the wake of a mysterious epidemic that has decimated society and forced her deep into the unforgiving wilderness, until she encounters two other survivors who make her confront her past while putting all of their lives at risk.