Egyptian-born Atom Egoyan is a critically-acclaimed director who is known as one of Canada’s premier filmmakers; his family moved from Egypt to Canada when he was only two years old.  He started by making several short films and a few features in the late 1970s and throughout the 1980s, but he is best known for Exotica (1994), Felicia’s Journey (1999), and for what is considered his best film as well as a masterpiece by many critics and film-lovers – The Sweet Hereafter from 1997.  Egoyan adapted Russell Banks’ powerful novel and received a well-deserved Oscar nomination for his screenplay.  In a strong year for films including Best Picture nominees Titanic, L.A. Confidential, Good Will Hunting, The Full Monty, and As Good as it Gets, Egoyan knocked James Brooks out of the fifth Best Director spot.  Brooks directed As Good as it Gets; I submit that film was the most overrated of 1997 and did not merit so many Academy Award nominations including Picture, Actor (which Jack Nicholson won over better work by Robert Duvall and Peter Fonda), Actress (which Helen Hunt won over much stronger performances by, well, everyone else in her category), and Best Original Screenplay (won by Good Will Hunting).  The Sweet Hereafter should have been more widely recognized with film prizes (though it did win three Cannes Film Festival awards and key Canadian Genie awards) and the outstanding performances of Ian Holm, Sarah Polley, and a phenomenal supporting cast.

The Sweet Hereafter tells the story of a terrible school bus accident that claimed the lives of 14 children and seriously hurt several others.  It is presented in a non-linear way that is far from confusing and has a way of getting the accident absolutely right so that we do not focus on the horror of the incident itself but on its aftermath.  Holm plays Mitchell Stephens, a lawyer who is essentially a glorified ambulance-chaser, who arrives in town after the accident and approaches the parents whose children were either killed or wounded in the accident.  Stevens is a fascinating character – he provides a portrait of a trial attorney who specializes in monetary damages unlike any I have seen before or since in films.  He is incredibly complex as he seems to have sincere empathy for the accident victims as well as having a calculating, prickly attitude toward the bus company who he determines is responsible.  Even if the bus was not faulty, the bus company would have the deepest pockets in this small town; Stephens has no interest in going after the bus driver, the school district, or the town itself.  We get a glimpse inside this quiet, reserved attorney’s life during a powerful phone conversation with his drug-addicted daughter who asks him for money for what must be the umpteenth time.

The film follows Stephens as he visits the various families, and Egoyan gives us a look into the lives of several sets of parents.  They are still grieving, and Stephens knows that he walks a fine line between respecting their mourning period as well as wanting to move quickly to garner enough parents for a class action suit against the bus manufacturer.  The key parents include the owners of the small motel where Stephens is staying – Wendell and Risa Walker (Maury Chaykin and Alberta Watson).  They are avid talkers, well, gossipers really and provide Stephens with insight into the other parents who the Walkers convince Stephens he will need to agree to the suit in order to get other families to join.  Risa is having an affair with Billy Ansell (Bruce Greenwood in a poignant performance) who was following the bus that fateful day, like he always did, and was waving to his children in the bus’ backseat when it skidded off a ridge and went into a frozen lake.  Although the Walkers are receptive to Stephens, Ansell is adamantly against Stephens’ attempt to – as Ansell sees it – capitalize on the townspeople’s grief; Ansell knows that Stephens will be handsomely awarded if the suit is successful (Stephens will receive one-third of the monetary damages awarded in a civil trial if the parents win against the bus company).  Hartley and Wanda Otto (Earl Pastko and Arsinee Khanjian) are what could be called modern hippies whose adopted Native-American boy was killed in the accident; they have a certain level of moral respect from and within the community and Stephens believes he needs them to persuade others to join the lawsuit. 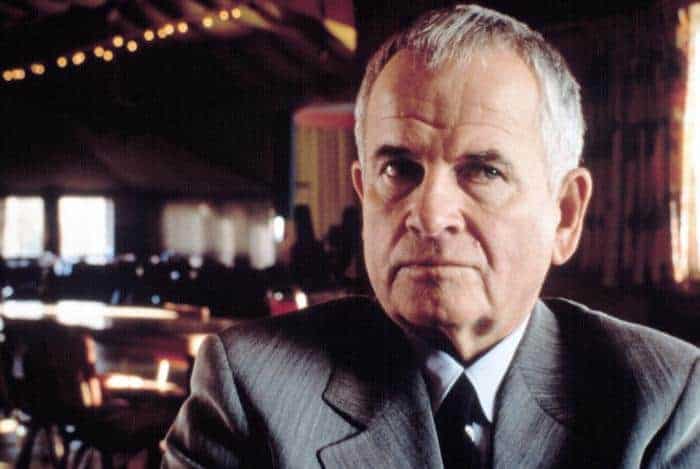 There are four other characters essential to the story.  The pleasant, experienced bus driver Dolores Driscoll (Gabrielle Rose) exists in a both a state of denial and blame.  The scene between Rose and Holm is brilliantly executed.  She is torn up over what happened and recounts to Stephens that she does not know how the accident could have occurred.  She swears that she was not speeding and has gone over it again and again in her head; gone over what transpired that day that made her miss the turn she had made in snowy and icy weather numerous times before.  The final three principals are the Burnells – Sam and Mary (Tom McCamus and Brooke Johnson) and their teenage daughter, Nicole (Sarah Polley).  Nicole is Stephens’ linchpin witness.  She is paralyzed from the waist down and as one of the accident’s few survivors, one of the eldest bus occupants, and the one sitting closest to the bus driver, her testimony is absolutely crucial to make Stephens’ case.

Pay close attention to how Egoyan follows Nicole before and after the accident.  There are two critical moments centered on her character – one involving her and her father and one involving her legal deposition.  I will not spoil the film’s climax, but I can say without giving anything away that when the chips are down, Nicole lies under oath.  What she lies about and why are obvious given what has come before, but the first time viewing the film I did not see the lie coming.  It is a shocking sequence and one in which Polley – who is a strong actress and would become an accomplished director – plays the scene with absolute perfection.  Watch her father’s reaction and that of Holm’s character as well.  For a film filled with unnerving dramatic moments building to this single deposition, the payoff is an unqualified masterstroke of writing, directing, acting, and editing.  The film’s final scene between Stephens and Dolores the bus driver is almost as chilling as all the high drama that has come before it in almost two hours of intensity. 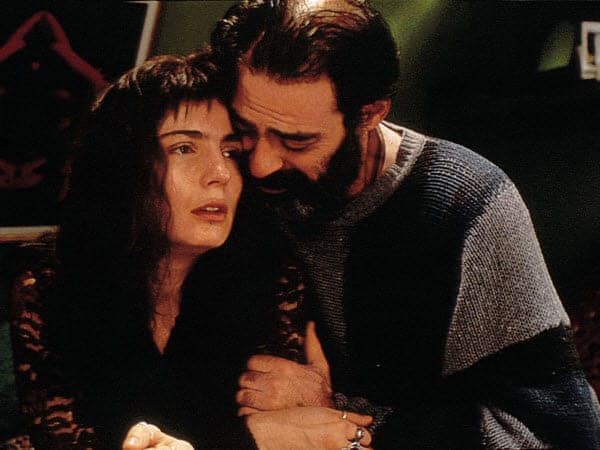 Egoyan’s masterpiece was hailed by Banks as being better than the latter’s own novel; that is high praise from a writer.  Each shot is perfectly captured by Egoyan and his cinematographer Paul Sarossy.  The bleak winter landscape and small town are wonderfully captured by Sarossy, Production Designer Phillip Barker, Art Director Kathleen Climie, and Set Decorator Patricia Cuccia.  The film has a certain ambiance and mood that is impossible to describe, but it is palpable upon viewing.  Though every actor is wonderful, Ian Holm is extraordinary; he says more in his silences than he does with his dialogue.  Sarah Polley has a trickier role and she brings it off with great aplomb and shining self-assurance.  I doubt any other actress could deliver what Polley does and how she does it; she is pitch-perfect in every scene, particularly when the film’s burden shifts from Holm’s shoulders to her own.

While the bus accident is the precipitating event, it is not what the film is “about.”  The Sweet Hereafter is an excellent exploration of grief – one man’s grief over his daughter’s drug addiction and illness, parents’ grief over the death or maiming of their children, and the grief of a bus driver who may or may not have caused the life-changing accident.  It is not an “enjoyable” or “entertaining” film, but it is insightful, moving, powerful, and thought-provoking.  I highly recommend it to those who have yet to see it; for those who have, please revisit it when you have the chance – I strongly believe you will be glad you did.