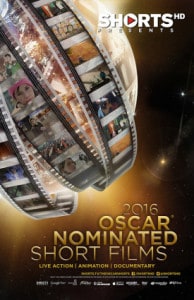 For the last several years before the Oscar telecast, the short films that have been nominated for an Academy Award are given a rare theatrical release. Presented as separate programs for each short category – Animation, Live Action and Documentary  –  moviegoers have the opportunity to see the shorts that, in the past, they would seldom ever get to see. For some, it’ll give them a leg up in their office Oscar pools; although that has never worked for this viewer, go figure. Outside of knowing that these films are nominated, it can be exciting for a filmgoer because you never know what’s in store, and this year’s selections were no different. 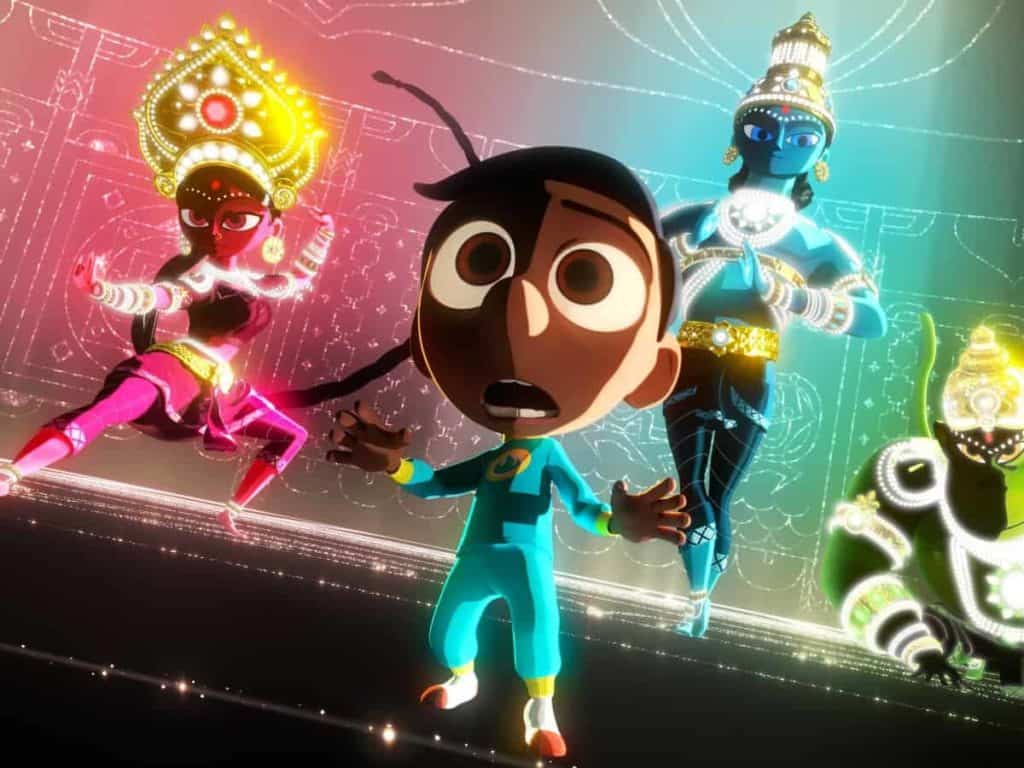 Pixar’s latest animated short blends faith and fantasy. Young Sanjay loves his superhero cartoons and action figures, much to the chagrin of his devout Hindu father. One day, while joining his father for daily prayers, something he clearly would rather not do, Sanjay makes a rather enlightening discovery. As innocent as the subject matter is, this short can be taken rather divisively. Regardless of faith it is certainly a relatable situation, but for those without any religious affiliation, it could easily be seen as a bit heavy handed. Sanjay’s Super Team is an entertaining enough film, but when the message involves faith, it runs the risk of alienating some of the audience. 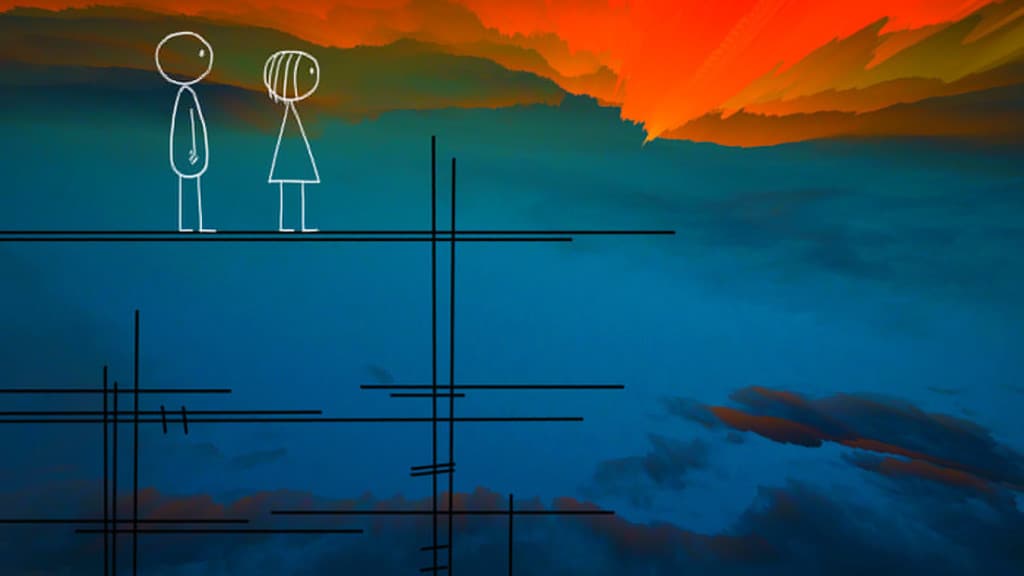 Imagine, if you will, if the secrets of humanity’s fate were given to one person, and that person was a young little girl. In a nutshell, that is more or less what happens when young Emily has an unexpected visitor who shares with her some startling information.  Don Hertzfeldt’s short is easily the funniest and most engaging short amongst the nominees. The events that the visitor recounts are often amusing, but it’s Emily’s innocent reactions that bring the biggest laughs. Nicely animated and imagined, this 17-minute film flies by and will likely have you wanting to watch it again. 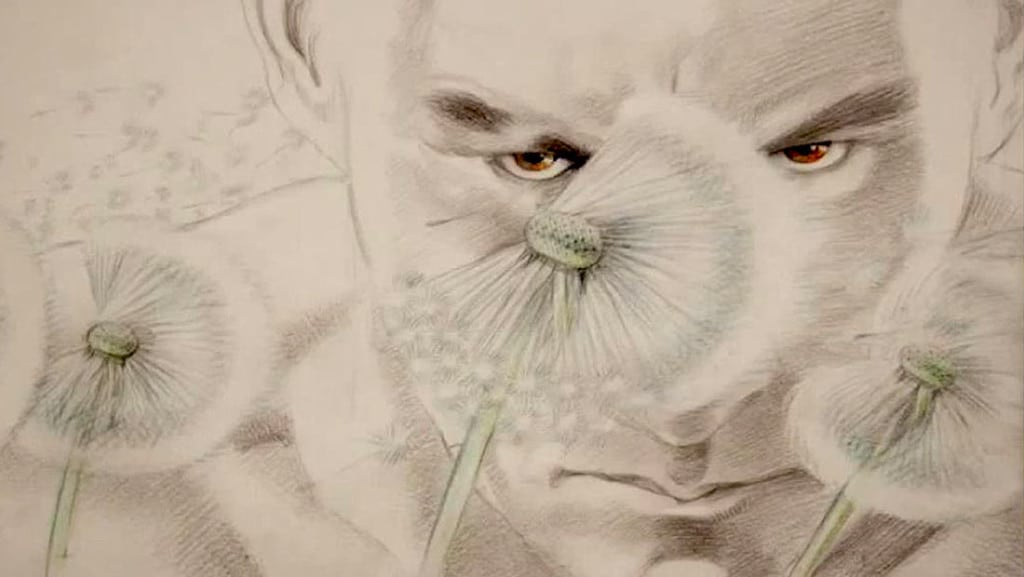 The story of Prologue is a familiar one – a battle to the death between warriors. However, this animated short’s story is insignificant when compared to the stunningly beautiful animation on display. Each sketch pops on the screen with a high level of detail and realism, and the action is just as visceral as any that you will likely see in live-action films. You have to admire the artists, because one sketch equals one frame of film, and 24 frames equals one second in this six-minute long film. Of note, this is a decidedly R-rated short as it features nudity and brutal violence. 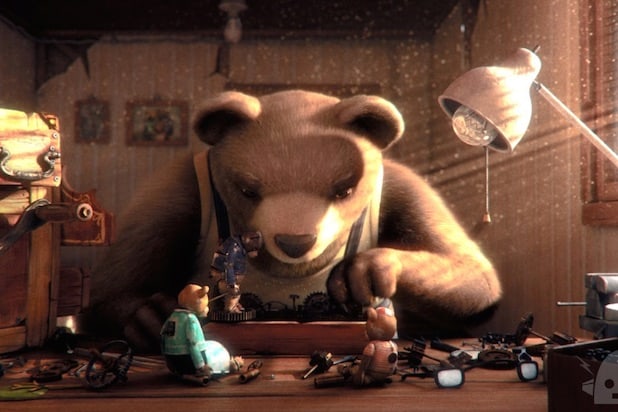 Gabriel Osorio and Pato Escala’s animated short is a pretty gloomy one. In it, a melancholy bear goes about his daily routine, taking his mechanical diorama to his street corner where, for a coin, people can see it show a sad tale about a circus bear that was taken from his family. One of the innovative things about this film’s presentation is that an anthropomorphic animal in a CGI-animated feature uses another form of animation, mechanical puppetry, to recount its story. It’s very meta. Nevermind the fact that you have to suspend disbelief in order to just accept everything shown could actually unfold inside that little mechanical theatre, the story it has to tell is a sad and compelling one. 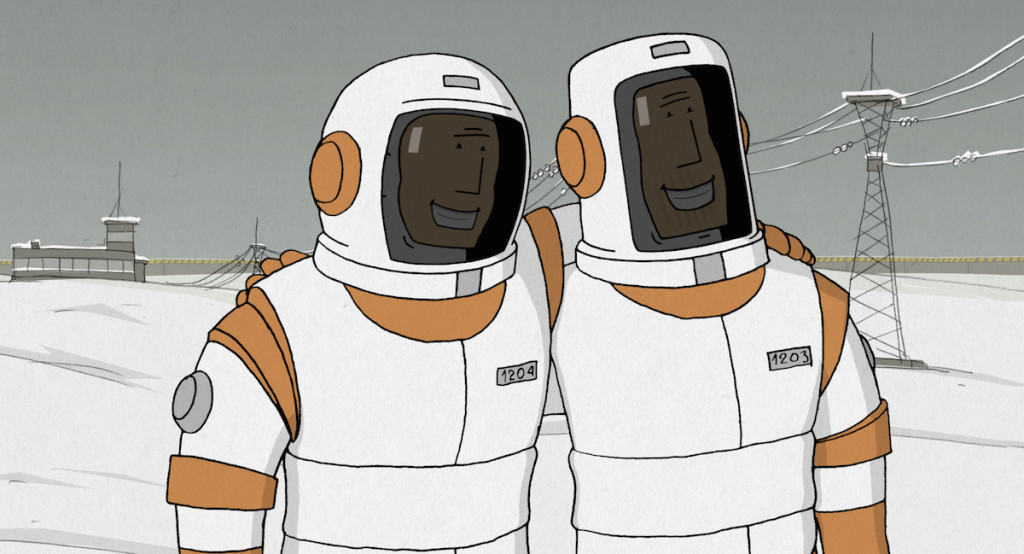 Konstantin Bronzit’s animated short chronicles the lives of two life-long friends and cosmonauts as they make their way through the training and selection process to become the next astronaut in space. The film is devoid of dialogue and is entertainingly and engagingly told through the animation. Bronzit does such a fine job of establishing the relationship between the two friends that we feel every success and failure that they endure. There’s a particularly dramatic moment that proves to be just as potent and powerful as one you may see in a live-action film.

The animated shorts are beginning to play around the country as part of a compilation.  Check your local listings to see if the nominees are playing in your city. The Oscars will be awarded at the Dolby Theatre in Hollywood, Calif., on Sunday, Feb. 28, at 8:30 p.m. EST / 5:30 p.m. PST on ABC.