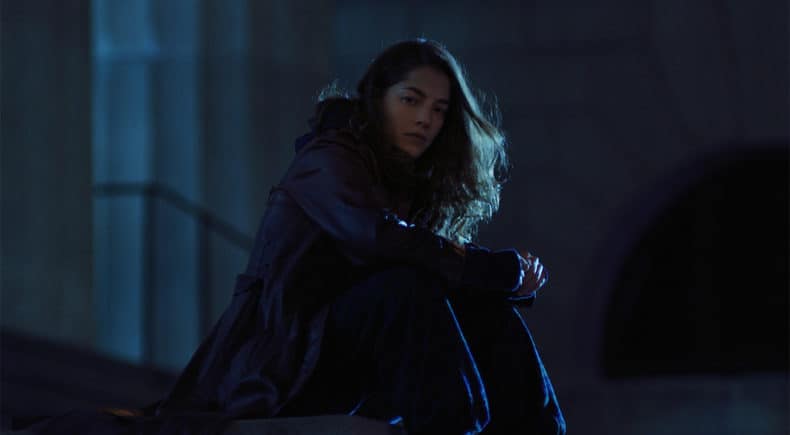 The 2019 Brooklyn Film Festival will be kicking off in NY beginning May 31st, and the full lineup was announced today. Its 22nd edition will feature 133 titles from over 30 countries. Claudia Myers‘ Above the Shadows has been selected as the opening night film.

Take a look at the full lineup below and click over to the official site at brooklynfilmfestival.org for more information.

“Above the Shadows” – WORLD PREMIERE – OPENING NIGHT FILM
Dir. Claudia Myers, USA, 105 min.
A supernatural tale follows a young woman (Olivia Thirlby) who has faded from the world to the point of becoming invisible. After more than a decade existing in the shadows, Holly meets the one man who can see her, Shayne Blackwell (Alan Ritchson), a disgraced MMA fighter. Holly discovers that it was one of her tabloid photographs that caused his downfall, and that she must restore him to his former glory if she wants to regain a foothold in the world around her. With Shayne, Holly awakens to love but also to the possibility that she may remain invisible forever.

“#LIKE” – NY PREMIERE
Dir. Sarah Pirozek, USA, 95 min.
Woodstock teen Rosie (Sarah Rich), mourning the first anniversary of her younger sister’s death, discovers the mysterious man (Marc Menchaca) who sexploited and bullied her sister to commit suicide is back online trolling for new victims. After the authorities refuse to get involved she finds a darkness she never knew she had when she takes justice into her own hands.

“Alaska is a Drag”
Dir. Shaz Bennett, USA, 88 min.
Tough, but diva fabulous, Leo (Martin L. Washington Jr.), an aspiring drag superstar, is stuck working in a fish cannery in Alaska. He and his twin sister (Maya Washington) are trapped in the monotony of fist fights and fish guts. Out of necessity, Leo learned to fight back, which catches the attention of the local boxing coach. When a new boy moves to town and wants to be his sparring partner, Leo has to face the real reason he’s stuck in Alaska. Co-starring Matt Dallas, Jason Scott Lee, Margaret Cho and Nia Peeples.

“Between Two Seas” – US PREMIERE
Dir. Anas Tolba, Egypt, 70 min.
While on a short visit to her home village, a small rural island near Cairo, Zahra’s daughter is exposed to a tragic accident. Following this incident, Zahra persists on getting her daughter’s right and insists on not only continuing her education but also benefiting her community. The film sheds light on different societal issues faced by women, especially in rural areas. 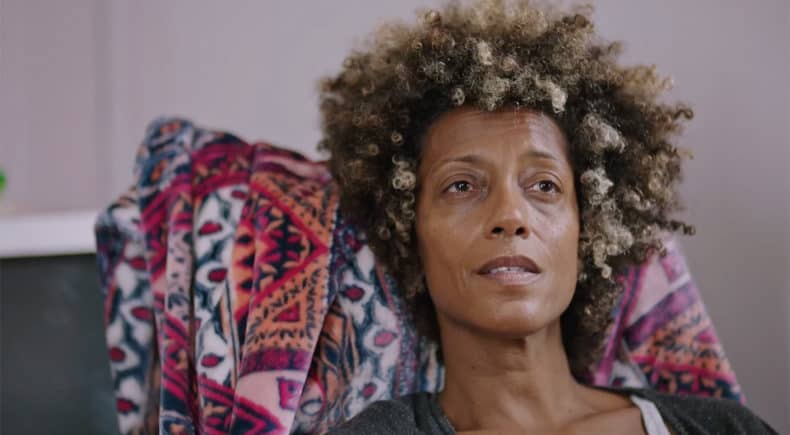 “Collisions” – NY PREMIERE
Dir. Richard Levien, USA, 82 min.
Collisions reveals the devastating impact of U.S. immigration policy on one family, when the mother is detained by immigration police. Twelve-year-old Itan’s promising life in San Francisco is turned upside down when she comes home from school, with her younger brother, to find her apartment ransacked and her mother missing. Suddenly she must rely on her estranged uncle, a big rig truck driver. Itan manipulates him into taking them across the country in his truck, trying to find her mother and stop her deportation.

“MAD?” – WORLD PREMIERE
Dir. Saskia Rifkin, USA, 74 min.
Miriam Kohen is dragged out of her home against her will and placed in a state run geriatric hospital. She must spend 28 days and be evaluated by doctors to see if she is mentally fit enough to take care of herself.

“Only Good Things” – US PREMIERE
Dir. Kristian Gianfreda, Italy, 87 min.
Only Good Things is the story of Benedetta, a popular sixteen-year-old girl as she meets a bizarre family that’s just moved into a group home in her small town of Rimini. The home – noisy and overwhelming – has a father and a mother along with their biological child, a newly arrived asylum seeker, a former prostitute with a young daughter, two guys with severe disabilities and a young, reformed criminal that to which Benedetta feels a connection. Their presence in the town of Rimini isn’t welcomed, and Benedetta’s father – who’s running for reelection as mayor – hatches a plan to have them thrown out of town.

“Stray” – US PREMIERE
Dir. Dustin Feneley, New Zealand, 103 min.
In a cold and remote landscape, two strangers struggle to repair their broken pasts. A young man is on parole after serving time for attempting to murder the man who killed his girlfriend in a hit and run. A woman is released from a psychiatric facility far from her homeland. These two damaged strangers cross paths in the mountains in winter and fall into a complex intimate relationship, putting to the test their capacity to trust and heal. 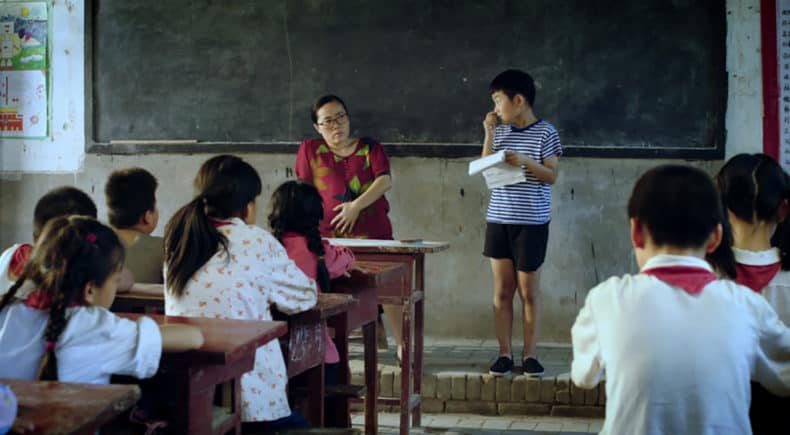 “The Home in The Tree” – WORLD PREMIERE
Dir. Zhang Zhonghua, China, 96 min.
This is a childhood story that took place in a village in the central Shaanxi plain in the late 1990s. In the context that students were judged by their grades, Ba-Wang Chaoguo, a student at a primary school, was a bad student in the eyes of his teachers and parents. Not recognized by his parents and teachers, Ba-Wang saw a big tree in the field as his own “Home.”

“The Lost Footage of Leah Sullivan” – EAST COAST PREMIERE
Dir. Burt Grinstead, USA, 83 min.
A young journalism student decides to return to her hometown to investigate a brutal murder that took place 30 years prior. Without much hope of finding any real answers, she interviews a series of local characters, all of whom leave their own bewildering take on the legendary Mulcahy Murders in her student film. As the facts unravel, she begins to realize that this cold case murder may not be so cold after all.

“Una Great Movie” – WORLD PREMIERE
Dir. Jennifer Sharp, USA/Mexico, 96 min.
Zoe is an African American screenwriter with a beautiful script that embodies diversity. Her movie stars a voluptuous black woman, who is not from the hood, interacting with Mexicans, who are not narcos or immigrants. In her quest to get this non-traditional movie made, she explains to a bigtime producer, “Diversity does not mean having more black characters, it means telling universal narratives through diverse perspectives.” But alas, that is only her definition of diversity. The Hollywood executives feel differently.

“Use Me” – WORLD PREMIERE
Dir. Julian Shaw, Australia, 91 min.
Australian filmmaker Julian Shaw (as himself) discovers the darkest parts of himself when he travels to the United States to direct a documentary focusing on ‘mental humiliatrix’ Ceara Lynch (as herself) who humiliates men for money.

“A Delicate Balance” – US PREMIERE
Dir. Christine Chevarie-Lessard, Canada, 76 min.
Filmed from the point of view of its young subjects, A Delicate Balance takes an introspective look at the lives of four aspiring ballet dancers who candidly tell their stories and share their hopes and dreams.

“Dons of Disco” – NY PREMIERE
Dir. Jonathan Sutak, USA, 86 min.
A 1980s lip-syncing scandal escalates into a bitter war between an American singer and an Italian male model. Who is the ‘true’ artist behind Den Harrow: the face, or the voice?

“Luisita Photo Studio” – US PREMIERE
Dir. Sol Miraglia & Hugo Manso, Argentina, 72 min.
Located in a flat in the famous Corrientes Avenue in Buenos Aires, for more than 30 years “Luisita Photo Studio” portrayed hundreds of celebrities of the Argentinian show business. Starting in the 60’s, Luisita – the shy and sensitive woman behind the camera – found a way to position herself in a field of art dominated by men. Together with her two inseparable sisters, they performed a great labor of craft work that – although shadowed by technology – today has a new meaning. More than 25,000 unpublished photos from the Argentinian pop culture open up in front of our eyes, and, together with them, the Escarria sisters spirit remains intact.

“Overdosed” – EAST COAST PREMIERE
Dir. Mary Sue Connolly, USA, 77 min.
In a rural drug-ravaged West Virginian town, a doctor goes to jail, the pharmacy gets slapped with a fine and drug distributor McKesson corporation goes to trial. At the nexus of this American tragedy Overdosed asks: Who are the true drug dealers? 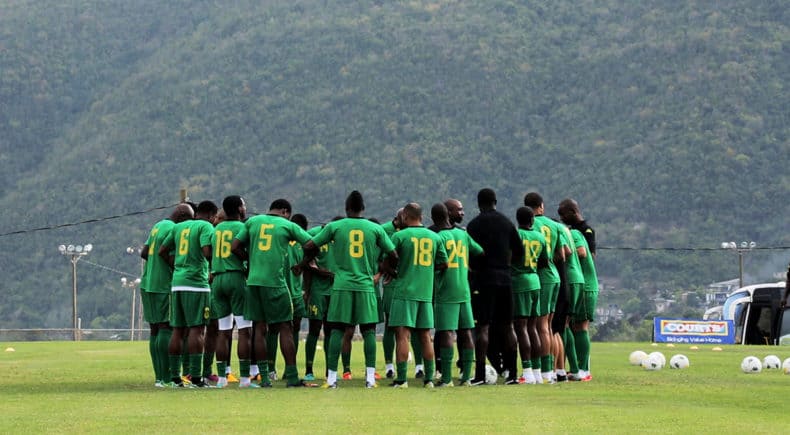 “Reggae Boyz” – US PREMIERE
Dir. Till Schauder, USA/Germany/ Jamaica, 72 min.
Plagued with poverty and violence, Jamaica tries to inspire its populace by qualifying their national soccer team – the “Reggae Boyz” – for the World Cup. When their efforts start to fall short, Winnie Schäfer, a colorful German coach, teams up with reggae musicians and a Rastafarian factory worker to unite Jamaica beyond the soccer pitch.

“Right to Harm” – NY PREMIERE
Dir. Annie Speicher & Matt Wechsler, USA, 81 min.
Through the riveting stories of five rural communities, Right to Harm exposes the devastating public health impact factory farming has on many disadvantaged citizens across the United States. Filmed across the country, the documentary chronicles the failures of state agencies to regulate industrial animal agriculture. Known formally as Concentrated Animal Feeding Operations – or CAFOs – these facilities produce millions of gallons of untreated waste that destroys the quality of life for nearby neighbors.

“RocKabul” – NY PREMIERE
Dir. Travis Beard, Australia, 86 min.
When Travis Beard met District Unknown back in 2009, Kabul’s fiercely conservative and traditional community frowned upon music. The young Afghan men in the band could barely find instruments, much less a rehearsal space. Practice sessions were interrupted by power cuts and exploding bombs. The musicians persevered, but as their notoriety grew, Qasem, Pedram, Qais, Lemar and Yousef had to choose whether to stay or go, knuckle under or keep rockin’.

“Sanctuary” – WORLD PREMIERE
Dir. Andrea Cordoba, USA, 73 min.
Amanda Morales walked into a church in New York City not knowing when she would step outside again. The Guatemalan mother of three U.S.-born children is the first immigrant since President Trump took office to claim sanctuary in New York, publicly resisting her deportation within a space that ICE recognizes as protected. Sanctuary gains rare and intimate access to Amanda and her family as they fight to remain together and adapt to daily life inside a church.

“Silent Forests” – NY PREMIERE
Dir. Mariah Wilson, USA/Cameroon/Congo, 108 min.
Silent Forests is an intimate, character-driven portrait of conservationists and activists who are fighting against all odds to stop forest elephant poaching in Africa’s Congo Basin region. After a study revealed that more than half the central African forest elephant population has been lost to poaching in the last decade, there has been a concerted effort to save those that remain.