2020 is looking like a great time for movies and this week on the podcast, Kevin and I sat down to discuss our most anticipated titles supposedly releasing this year. Here are 40 of the films we discussed on the show that we’re most excited for, in no particular order. Let us know in the comments what movies you’re most excited for this year!

Candyman (Nia DaCosta) | est. release date: June 12, 2020
A “spiritual sequel” to the 1992 horror film Candyman that returns to the now-gentrified Chicago neighborhood where the legend began.

A love letter to journalists set in an outpost of an American newspaper in a fictional 20th-century French city that brings to life a collection of stories published in “The French Dispatch” magazine.

Feature adaptation of Frank Herbert’s science fiction novel, about the son of a noble family entrusted with the protection of the most valuable asset and most vital element in the galaxy.

An unexpected detour turns a couple’s road trip into a terrifying journey through their fragile psyches.

A group of veterans from the Vietnam War return to the jungle to find their lost innocence.

Lost on a mysterious island where aging and time have come unglued, Wendy must fight to save her family, her freedom, and the joyous spirit of youth from the deadly peril of growing up. 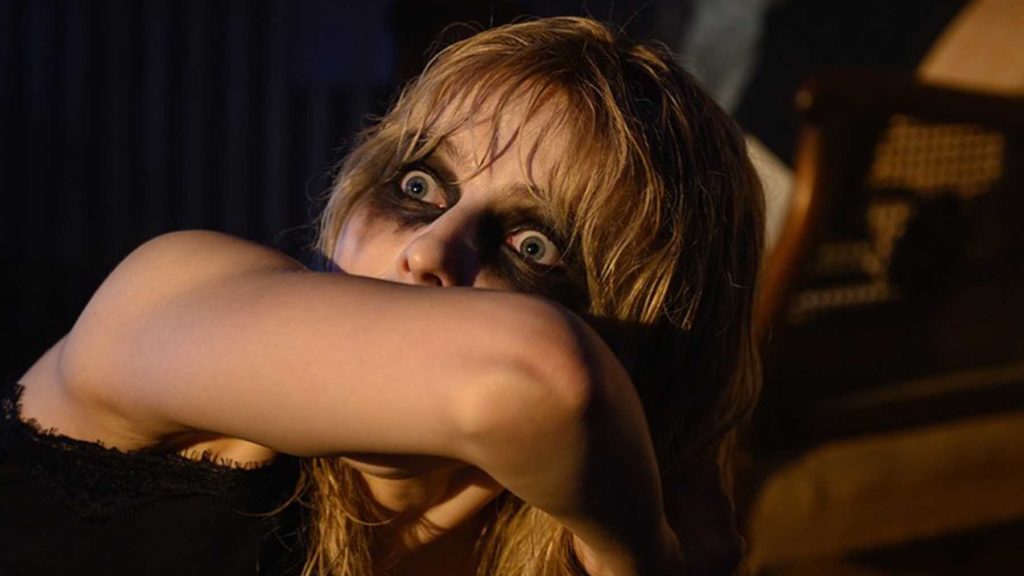 A young girl, passionate in fashion design, is mysteriously able to enter the 1960s where she encounters her idol, a dazzling wannabe singer. But 1960s London is not what it seems, and time seems to fall apart with shady consequences. 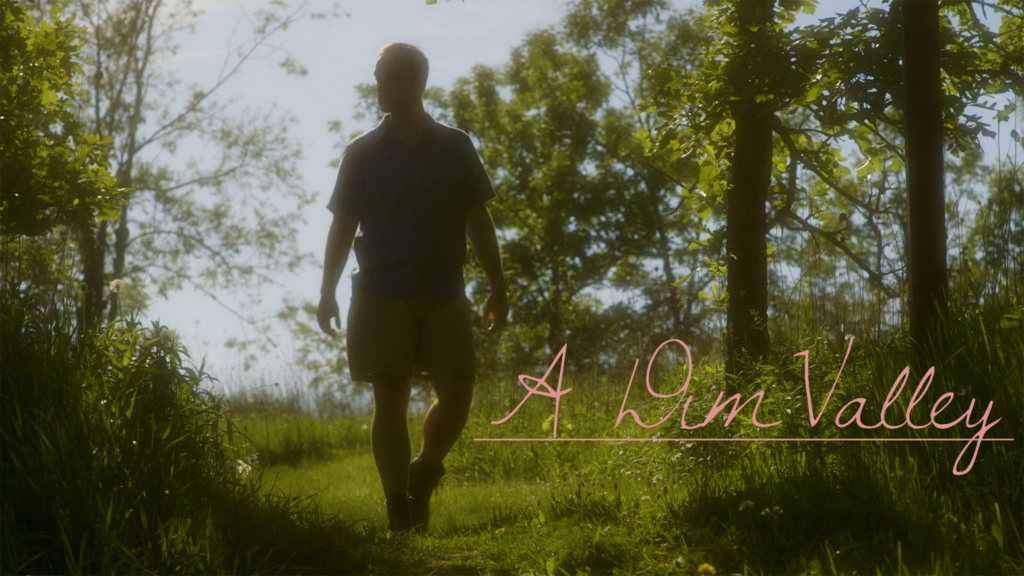 A curmudgeonly biologist and his stoner graduate students encounter a group of mysterious backpackers who disrupt their lives in beautiful and surprising ways. 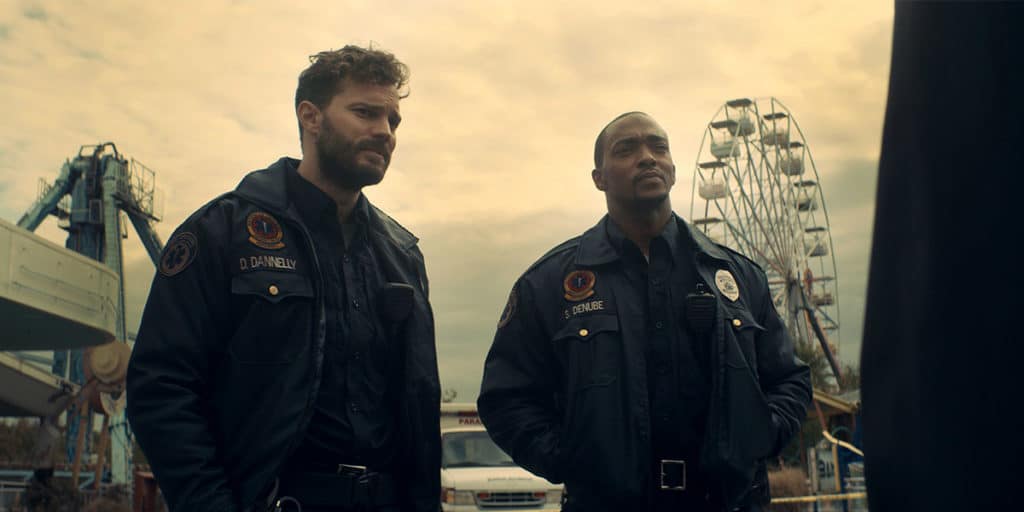 Prisoners of a Ghostland (Sion Sono)

A notorious criminal must break an evil curse in order to rescue an abducted girl who has mysteriously disappeared. 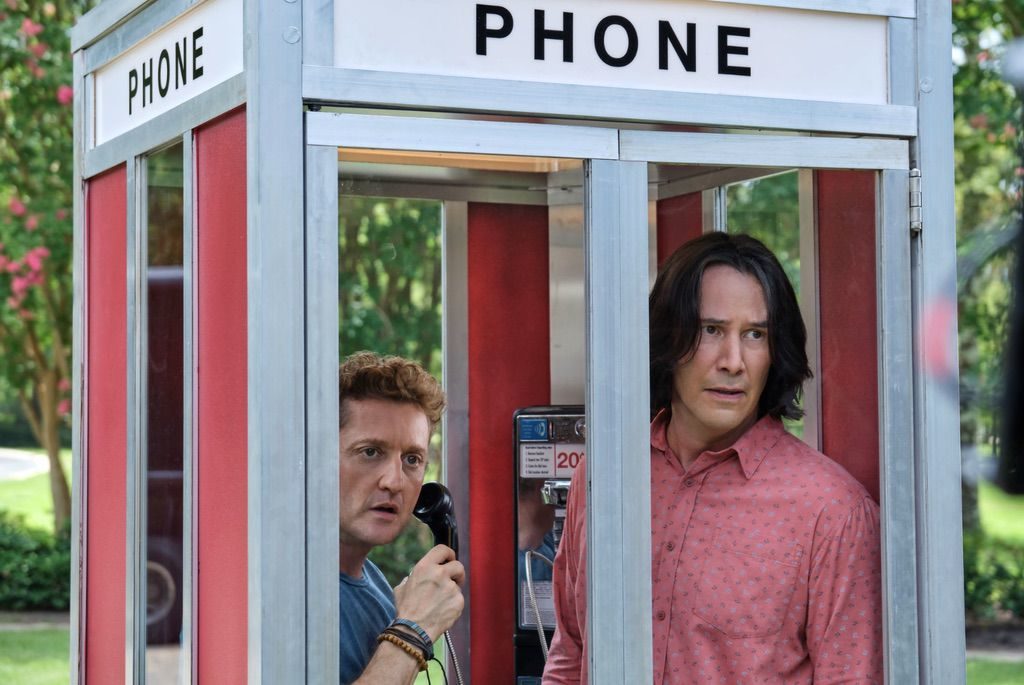 Once told they’d save the universe during a time-traveling adventure, 2 would-be rockers from San Dimas, California find themselves as middle-aged dads still trying to crank out a hit song and fulfill their destiny.

A policeman is intent on freeing a crooked businessman from a prison on Gomera, an island in the Canaries. However, he must first learn the difficult local dialect, a language which includes hissing and spitting. 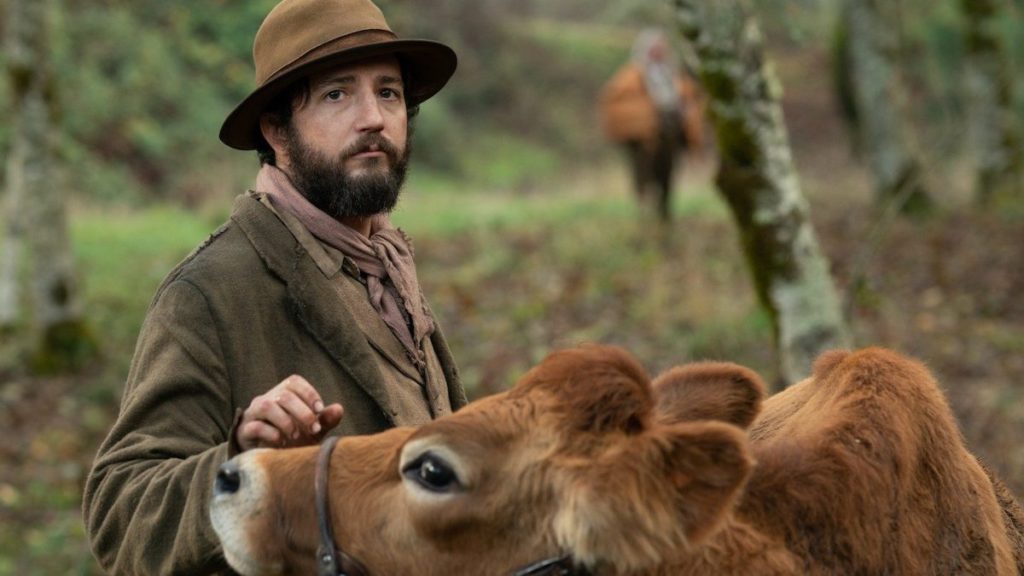 A loner and cook (John Magaro) has traveled west and joined a group of fur trappers in Oregon Territory, though he only finds connection with a Chinese immigrant (Orion Lee). The men collaborate on a business, although its longevity is reliant upon the participation of a wealthy landowner’s prized milking cow.

A fresh and distinctive take on Charles Dickens’ semi-autobiographical masterpiece, The Personal History of David Copperfield, set in the 1840s, chronicles the life of its iconic title character as he navigates a chaotic world to find his elusive place within it. From his unhappy childhood to the discovery of his gift as a storyteller and writer, David’s journey is by turns hilarious and tragic, but always full of life, colour and humanity.

An intimate portrayal of two teenage girls in rural Pennsylvania. Faced with an unintended pregnancy and a lack of local support, Autumn and her cousin Skylar embark on a brave, fraught journey across state lines to New York City.

When Cecilia’s abusive ex takes his own life and leaves her his fortune, she suspects his death was a hoax. As a series of coincidences turn lethal, Cecilia works to prove that she is being hunted by someone nobody can see.

Follows a pious nurse who becomes dangerously obsessed with saving the soul of her dying patient.

When a single mom and her two kids arrive in a small town, they begin to discover their connection to the original Ghostbusters and the secret legacy their grandfather left behind.

On The Rocks (Sophia Coppola)

A young mother who reconnects with her larger-than-life playboy father on an adventure through New York.

Akeem must venture back to the States to find his long-lost son and apparent heir to the throne of Zamunda.

A young woman, traumatized by a tragic event in her past, seeks out vengeance against men who cross her path.

A veteran D.C. journalist loses the thread of her own narrative when a guilt-propelled errand for her father thrusts her from byline to unwitting subject in the very story she’s trying to break.

A man’s obsession with his designer deerskin jacket causes him to blow his life savings and turn to crime.

The main character of the film is a woman from Scotland, who, while traveling in Colombia, begins to notice strange sounds. Soon she begins to think about their appearance.

The Vast of Night (Andrew Patterson)

In the twilight of the 1950s, two youths seek the source of a mysterious frequency that has descended upon a town in New Mexico.

The saga of Michael Myers and Laurie Strode continues in the next thrilling chapter of the Halloween series. 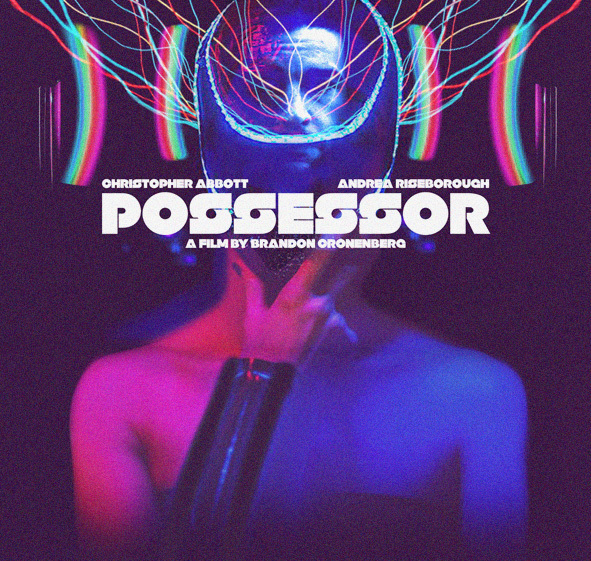 Possessor follows an agent who works for a secretive organization that uses brain-implant technology to inhabit other people’s bodies – ultimately driving them to commit assassinations for high-paying clients.

Alice and Bret’s dog Harvey is dying, and he’s ruining everything. What had been a bright little family is quickly getting consumed by clouds of self-doubt, suspicion and a disturbing amount of ground beef.

On a post-apocalyptic earth, a robot, built to protect the life of his dying creator’s beloved dog, learns about life, love, friendship and what it means to be human. 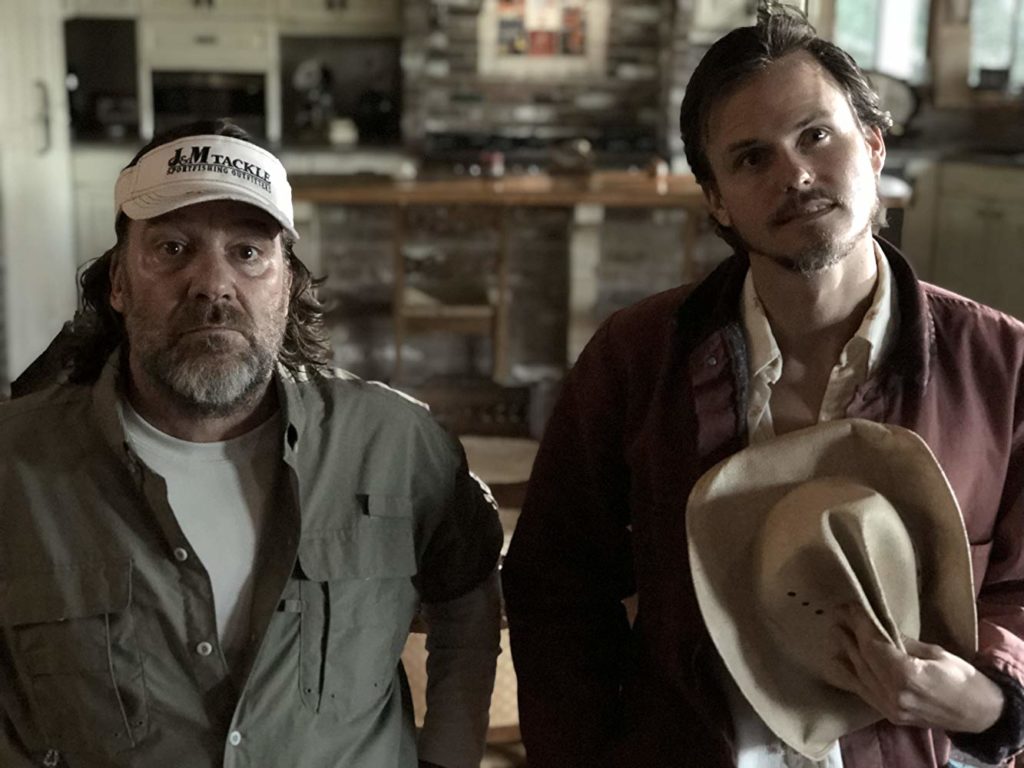 Denny, an off-the-grid oddball who calls a nurse hot-line for help with his nasty “fire piss” problem. When a dying man washes ashore, Denny and nurse Linda get caught up in the drama and become madcap partners in crime-solving. 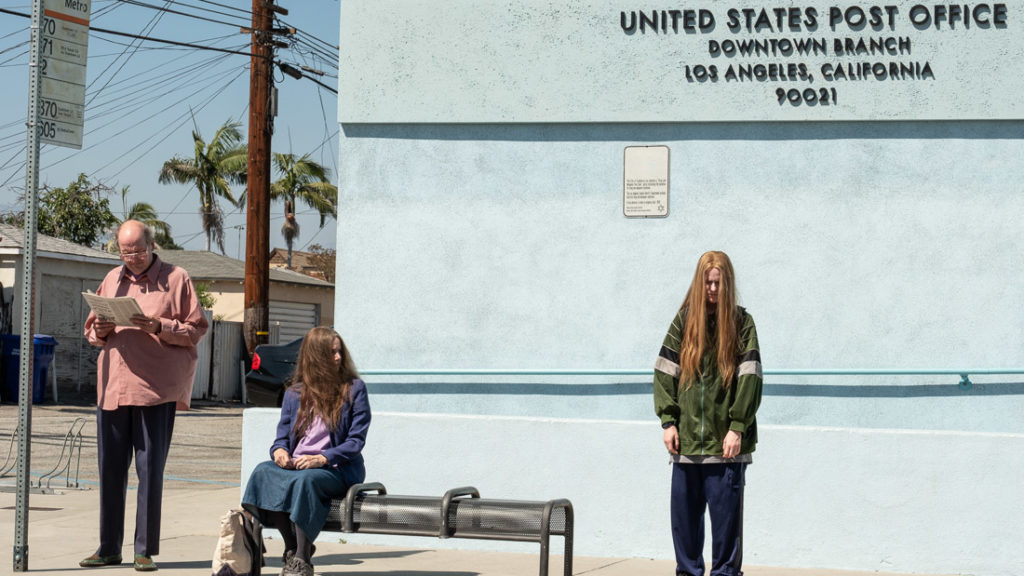 A woman’s life is turned upside down when her criminal parents invite an outsider to join them on a major heist they’re planning.

A thriller set against the background of 1609-14 Inquisition trials of suspected witches which took place north and south of the France-Spain border and represented the single biggest drive by the Inquisition to eradicate witchcraft in the whole of its history.

Plot details kept under wraps. Described as a re-imagining of the horror film ‘Saw’. 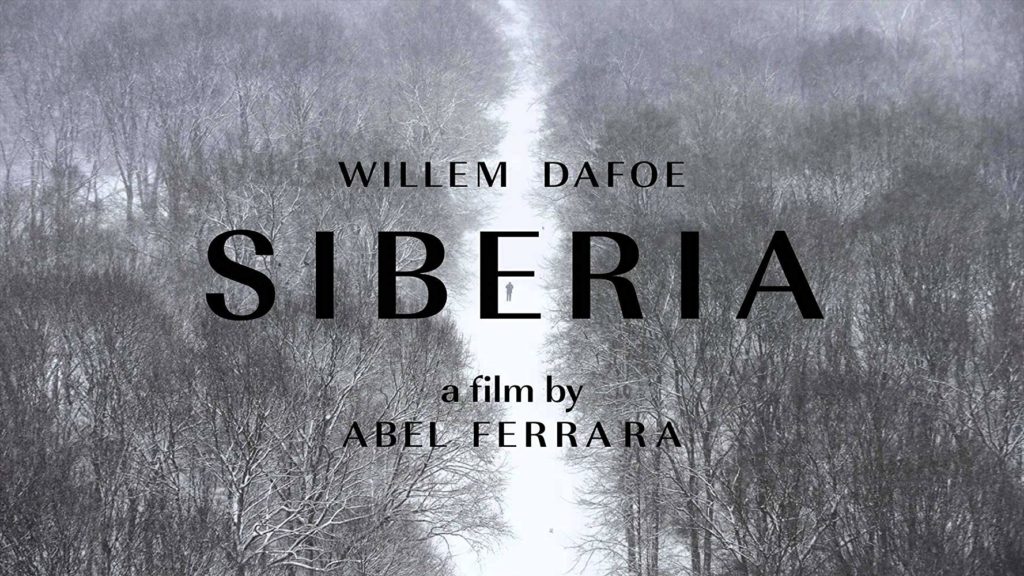 An exploration into the language of dreams.

Wonder Woman comes into conflict with the Soviet Union during the Cold War in the 1980s and finds a formidable foe by the name of the Cheetah.

Two simple-minded friends discover a giant fly in the trunk of a car and decide to domesticate it to earn money with it. 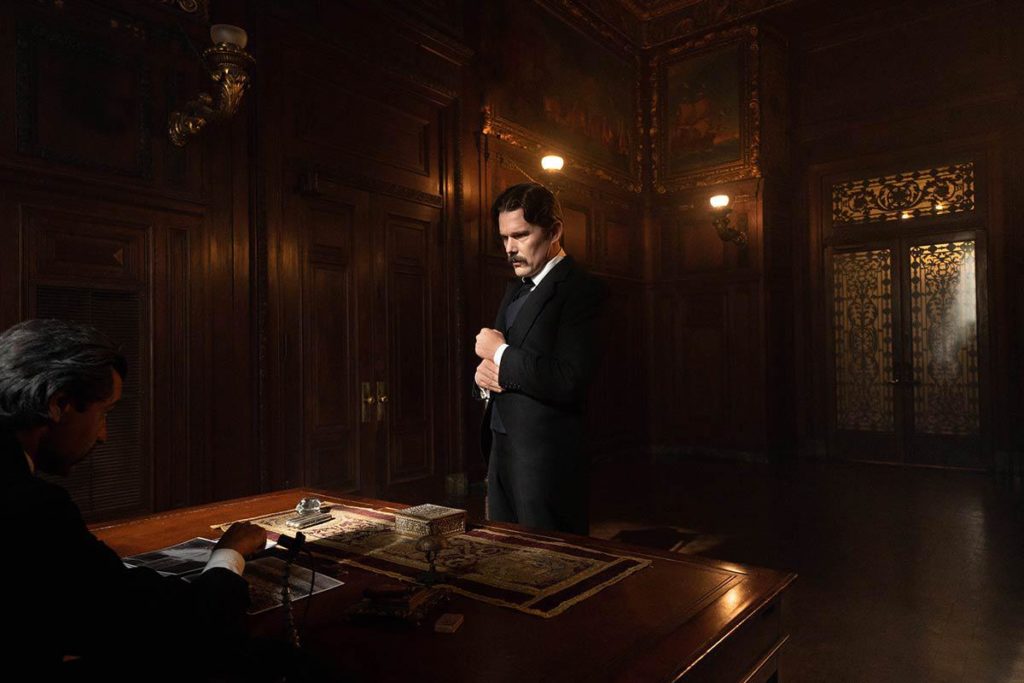 The intriguing life of Nikola Tesla, as a young man in NYC.

Ray Garrison, a slain soldier, is re-animated with superpowers.

A town is struck by a meteorite and the fallout is catastrophic.