A new trailer has been released for the upcoming horror sequel 47 Meters Down: Uncaged, which involves, you guess it, a group of teens being terrorized by a shark. The film is directed by Johannes Roberts and stars John Corbett, Nia Long, Sophie Nelisse, Corinne Foxx, Sistine Stallone, Brianne Tju, Davi Santos, Khylin Rhambo, and Brec Bassinger.

The film follows the story of four teen girls diving in a ruined underwater city, who quickly find themselves in a watery hell as their fun outing turns into heart-stopping fear when they learn they are not alone in the submerged caves. As they swim deeper into the claustrophobic labyrinth of caves they enter the territory of the deadliest shark species in the ocean. 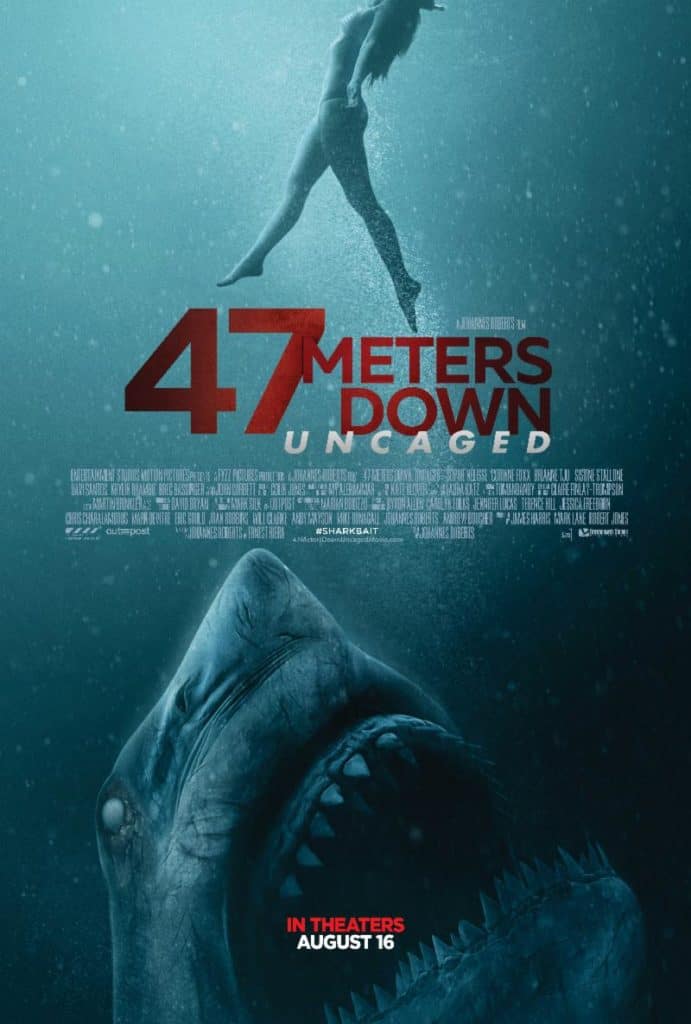