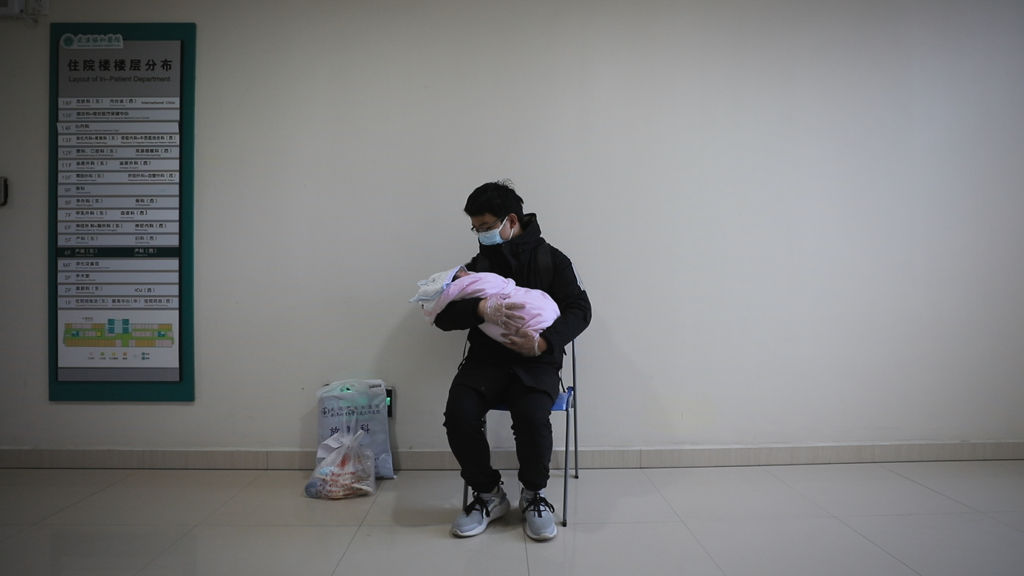 No matter your stance on whether or not Weixi Chen and Hao Wu’s hastily produced documentary can be considered ethical, you would be hard pressed to deny its value as a historical document. Like capturing a global crisis where it first struck, 76 Days is shot behind the sealed curtain of Wuhan, China, while it was placed under a mandatory lockdown for more than70 days to help quell the spread of the devastating novel coronavirus, COVID-19.

A tributary portrait of the healthcare workers on the frontline who worked tirelessly to understand and contain the rapidly spreading virus, Chen and Wu’s film is an oppressively intimate document of their experience, peering over the shoulders of the nurses and doctors doing everything in their limited power to save lives where they can. That such a film  exists at all and that it is so readily available following the end of the Wuhan lockdown back at the beginning April is a miracle in itself that has to be admired.

Wisely, there is no implementation of a detectable narrative to 76 Days. Much of it is less about documenting a timeline (as the filmmakers, placed in lockdown with the rest of Hubei province, had no idea how long the quarantine would last while filming) than capturing a general mood of despair, uncertainty, and a few moments of raw human perseverance buttressing the overall feeling of dread. Certain stories emerge from the frontlines, be they tragic firsthand accounts from citizens who lost their entire families to the virus or hopeful moments of beauty, such as the delivery of a child under such extraordinary circumstances. There is no narration or addressing of the camera (likely due to the fact everybody on camera is either overworked hospital staff or sick patients), and the film is allowed to exist in this cinéma vérité form — in the moment with unfiltered access.

This does broach the question of the film’s ethical standpoint or whether anybody would “want” to see a film like 76 Days. The film begins on a particularly heart-wrenching scene of an inconsolable woman having to be restrained by hospital staff due to her being unable to bid a final goodbye to her father who is flatlining in the adjoining room. While these moments of raw despair and incredible intimacy are a testament to the film’s powers of affectation, you can never truly shake the sense that this is something that you should not be seeing.

It bears the question: who is the ideal audience for 76 Days? As the majority of the world is still under inefficient lockdown and escapes from this reality are highly prioritized, who is asking for such a bitter and unflinching dose of reality from where the virus first struck?

Regardless, 76 Days feels like a film that is too important not to at least make an attempt to watch. Its transparency concerning the emotional rollercoaster experience of the frontline workers and the on-the-ground immediacy of the film’s aesthetic and presentation make it invaluable for understanding the reality that the COVID-19 pandemic created.

In that way it serves as a suitable companion piece to Alex Gibney, Ophelia Harutyunyan and Suzanne Hillinger’s Totally Under Control which examined the States’ response to the pandemic from the top down. Where that film provoked you into indignation through its portrait of a failed administrative response, 76 Days is a focused shot into the empathy center of your brain. The final scene, after the government has finally lifted the lockdown restrictions, of a nurse sorting through a bin labelled “ID Cards and Phones of the Dead” and, one by one, informing people of their relatives’ passing over the phone will stay with me for a long time.

Perhaps the film is a little too soon for some, and that is completely understandable. Thankfully, due to its timeliness and powerful execution, 76 Days will outlast the initial intrigue of its immediacy and serve as a preeminent historical account of the COVID-19 pandemic for years to come.