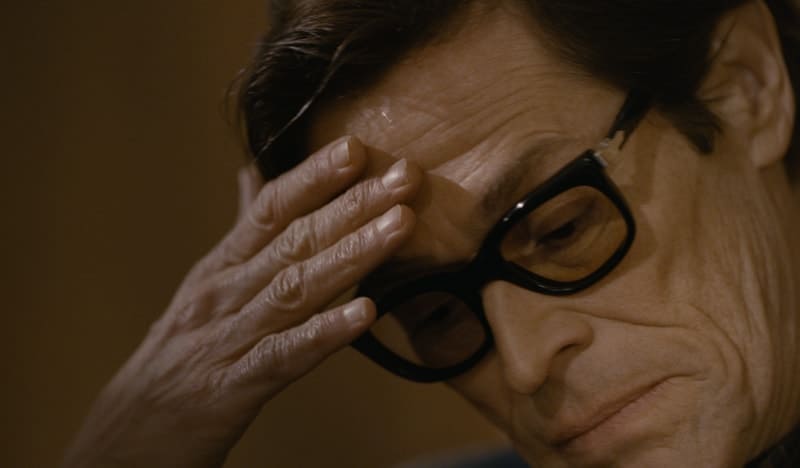 The first trailer for Abel Ferrara‘s upcoming biopic, Pasolini, has been released ahead of its premiere at this year’s Venice Film Festival.  The film stars Willem Dafoe as the famed Italian poet, filmmaker, and novelist Pier Paolo Pasolini as he lives out the last days of his life in 1975.

The film will also be screening next week at the Toronto International Film Festival, and while I haven’t been the biggest Ferrara fan as of late, I’m still curious to check this one out.

Pasolini doesn’t have a U.S. release date as of yet.

Pasolini is an upcoming biographical drama film written and directed by legendary Italian filmmaker Abel Ferrara (Bad Lieutenant, King of New York, The Funeral, Welcome to New York) about the final days of Italian film director Pier Paolo Pasolini (played by Willem Dafoe), whose murder almost forty years ago remains a mystery. The film reunites Ferrara with Dafoe after New Rose Hotel, Go Go Tales, and 4:44 Last Day On Earth. It has been selected to compete for the Golden Lion at the 71st Venice International Film Festival, asnd also scheduled to be screened in the Special Presentations section of the 2014 Toronto International Film Festival.

Rome: on the night of November 2, 1975, the great Italian poet and filmmaker Pier Paolo Pasolini is murdered. Pasolini is the symbol of an art that’s fighting against the power. His writings are scandalous, and his films are persecuted by the censors; many people love him and many hate him. The day of his death, Pasolini spends his last hours with his beloved mother and later with his dearest friends, until he finally goes out into the night in his Alfa Romeo in search of adventure in the eternal city. At dawn Pasolini is found dead on a beach in Ostia on the outskirts of the city. In a film dreamlike and visionary, blending reality and imagination, it reconstructs the last day in the life of this great poet.