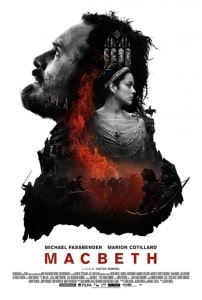 When you mention cinematic works adapted from William Shakespeare to modern movie audiences, two things may come to mind: the name Kenneth Branagh and Baz Luhrmann’s adaptation of Romeo and Juliet.

For more than 25 years, Branagh has directed some of the most revered Shakespeare adaptations, including Hamlet, Henry V and Much Ado About Nothing. Luhrmann’s film was likely the most audience-accessible film, at least until the 1999 release 10 Things I Hate About You. Other notable directors, such as Roman Polanski, Akira Kurosawa and Orson Welles, have shared their striking visions of the bard’s work, Macbeth in particular.

For his sophomore opus, director Justin Kurzel joins the ranks with his adaptation of William Shakespeare’s The Tragedy of Macbeth. After the funeral of his only child, Macbeth finds himself in the midst of a brutal and bloody battle in the name of King Duncan. There were heavy losses during the fight, including many young boys serving as soldiers. At the end of the campaign, Macbeth is approached by three witches and is told of prophecy that will see him as a Thane of Cawdor and future King. Spurred on by his wife, Lady Macbeth, he descends into madness as he takes treacherous steps to see the prophecy fulfilled.

Unlike many of the bard’s other works, Macbeth doesn’t come to the silver screen that often. In the last 60+ years, the three adaptations that have always stood out, amongst cinephiles at least, were Roman Polanski’s, Orson Welles’ and Akira Kurosawa’s Throne of Blood. Director Kurzel, who last directed the outstanding The Snowtown Murders, tries to give the tale a rather unique look that, despite looking cool, it just feels overtly influenced by Zack Snyder.

Slow motion, stylized blood-letting and all of those tried-and-true cinematic techniques that, for a time, were trend-setting have become rather hackneyed. It’s when Kurzel focuses on the smaller moments between characters that the film achieves the intimacy the material requires. You are not distracted by everything else and can just focus on the characters and the words. 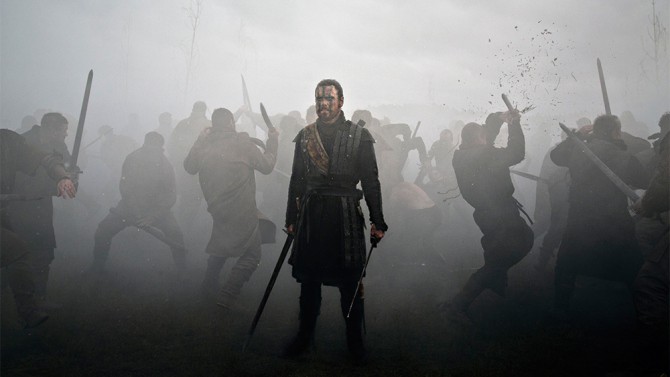 Fans of Shakespeare can attest that the way he would spin a phrase can take some getting accustomed to. Things aren’t laid out in plain English, and that can be a turn off for many filmgoers as they try to figure out what someone just said. Though I have not read the play, it appears as though the screenplay by Todd Louiso, Jacob Koskoff and Michael Lesslie is faithful to the source.

The words are there, so now it falls squarely on the shoulders of the actors to effectively deliver them. In 2011, Ralph Fiennes directed an adaptation of Coriolanus. While I appreciated his unique take, I felt that some of the actors were merely reciting the words, as opposed to breathing life into them. Vanessa Redgrave co-starred, and when she spoke, you felt every single word and syllable. It was quite Shakespearean.

Michael Fassbender and Marion Cotillard star as Macbeth and Lady Macbeth, respectively. Their performances are clearly the best part of the film but there were occasions, not many though, where it sounded like they were just reciting and that, taking you out of the moment. They are quite effective in playing a couple who are coming undone by the burdens and repercussions of their actions. When it’s just the two of them on screen, those moments are quite memorable. The film also features David Thewlis, Sean Harris and Paddy Considine.

Kurzel’s take on the tragedy is good, but it doesn’t live up to the source material. The less-is-more approach should have been adopted instead of trying to liven things up with a lot of flash. The performances and the bard’s work are enough to recommend the film, but it really feels best suited for fans of Shakespeare only. The film can come off as being a bit dry and probably won’t appeal to the average filmgoer. For fans, it’s diverting but likely won’t make a lasting impression like adaptations that came before it.