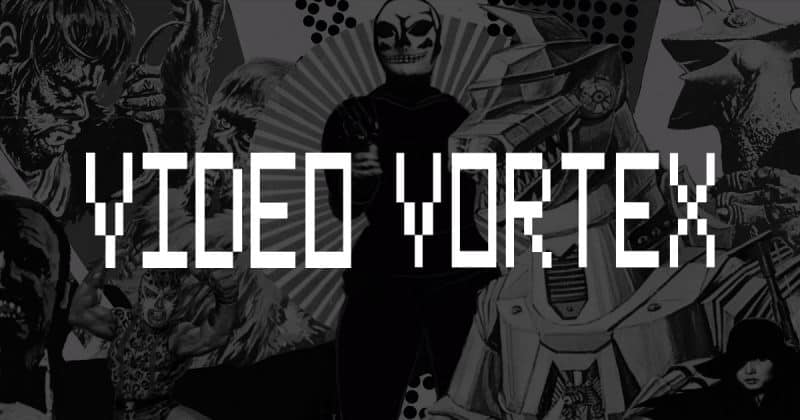 Raleigh VHS fans rejoice! The Alamo Drafthouse has announced they will be opening a new store called Video Vortex, a massive video rental shop that will contain over 75,000 movies to rent FOR FREE. In addition, they’ll have VCRs and Blu-ray players for rent, a selection of 40+ craft beers, and tons more. As a huge advocate of keeping VHS alive, I couldn’t be more excited about this announcement. They also plan on replicating the model in other cities, so keep a look out even if you’re not in the Raleigh area. The store opening will coincide with the new Alamo Drafthouse theater opening in the city, however the date has not been announced just yet.

Take a look at the full release below, and check out videovortexbar.com for more.

Raleigh, NC — March 7th, 2018 —  We are proud to share all the exciting details about VIDEO VORTEX, opening very soon in Raleigh at the Alamo Drafthouse. There are many ways in which this video store is like no other that has ever existed, but the main one is this:

The mission at VIDEO VORTEX is to provide one of the best, most well-curated archives of movies from across the globe as a free resource to the community. The VIDEO VORTEX archive features over 75,000 titles and is one of the largest collections on the planet, with particular depth in foreign language movies, documentaries and independent films. Many of these titles which have never been, and will likely never be, on any streaming service. Loans from this incredible archive will be available not just to Alamo customers but to schools, universities, non-profit groups, neighbors… to EVERYONE for FREE.“For me, one of the most thrilling aspects of VIDEO VORTEX is the ability to connect with renters and cultivate diverse exchange about film culture,” says VIDEO VORTEX manager and VHS Culture Captain Josh Schafer. “Making personal connections and offering recommendations through a knowledgeable and passionate staff, it’s something that slays an algorithm any day. Being able to continue the age-old video-store tradition of fostering a movie-loving community is going to be a really fun, exciting and special experience for everyone involved.”

VIDEO VORTEX’s collection of over 75,000 titles was originally purchased from Le Video Archive in San Francisco and was intended to live in the lobby of the San Francisco Alamo Drafthouse Cinema. But between acquiring the collection and opening the theater, the Mission neighborhood’s Lost Weekend Video lost their lease and needed a new home. Lost Weekend set up shop at the San Francisco Alamo, and the Le Video archive remained in storage until the right home for it could be found.
“VIDEO VORTEX represents a veritable cornucopia of thousands of celebrated gems and unsung obscurities from the world of foreign, independent, classic, cult, documentary, and animated movies and TV shows spanning the entire life of the medium,” says Kat Shuchter, the VIDEO VORTEX manager who spent five years at Le Video in San Francisco curating and managing this archive. “This collection of over 75,000 titles includes the best, worst, and weirdest of cinema from dozens of countries across the globe, including hundreds of complete catalogs of film’s greatest auteurs. Whether you’re an action junky, a horror-hound, a Francophile, or in search of some insane oddities, VIDEO VORTEX will offer you an unparalleled selection, for free.”
In addition to free rentals, VIDEO VORTEX will feature the following:
While these offerings will be available from the get-go at grand opening, more and more features will be added down the road, like prepaid return-by-mail and even movie (and pizza) home delivery.
VIDEO VORTEX will open simultaneously with the Raleigh Alamo Drafthouse Cinema. That date is still to be announced, but keep an eye on videovortexbar.com for the latest — and to preview the video collection that will soon be available to rent.
Finally, if this reimagining of the video store works in Raleigh, Alamo Drafthouse plans to replicate this model in cities across the country in towns where there are no longer any video stores. Alamo Drafthouse Cinema Raleigh is now hiring in anticipation of its grand opening.