A new trailer has been released for the upcoming drama Burden, starring Forest Whitaker as a reverend who takes in a KKK member played by Garrett Hedlund, who is grappling with his beliefs. Based on a true story, the film is directed by Andrew Heckler and also stars Tom Wilkinson, Andrea Riseborough, Tess Harper, Crystal Fox, and Usher. 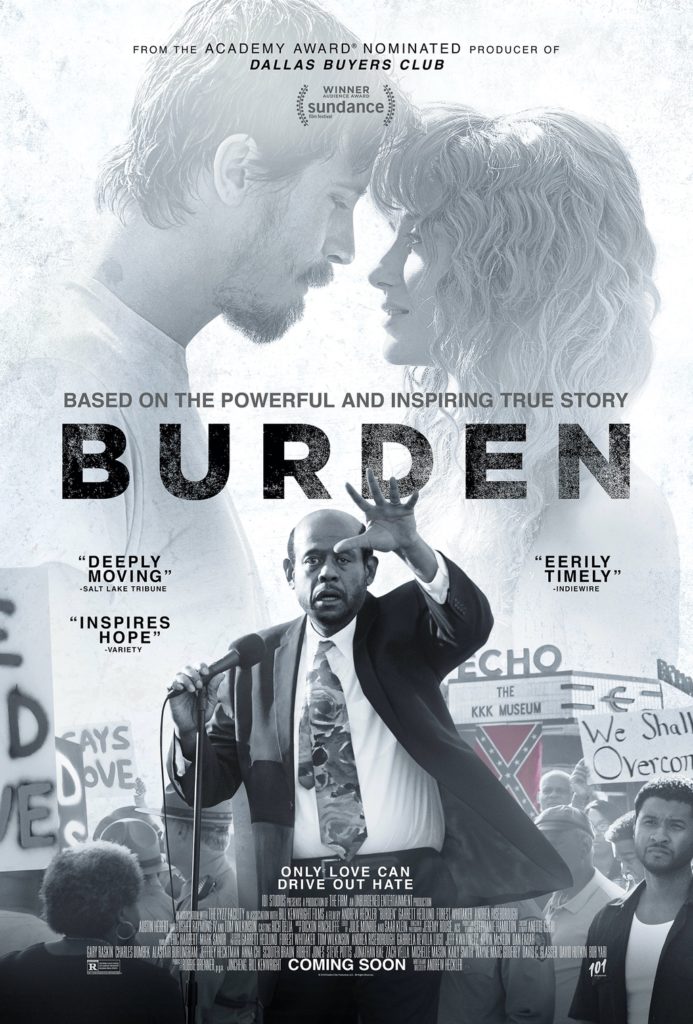