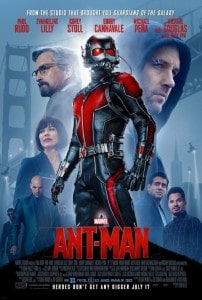 After 11 films, it’s safe to say that the worldwide audience is resting comfortably in the loving embrace of the Marvel Cinematic Universe.

With each new entry in the MCU, as it is known by fans, one can expect a fun, action-filled adventure, and ever since Captain America: The First Avenger, Marvel has delivered just that.

After so many films you can certainly expect there to be a misfire, and many thought that would have been last year’s breakout hit Guardians of the Galaxy. James Gunn’s sci-fi epic featured an unknown cast of characters that included a gun-toting raccoon with attitude and a tree that speaks (but only says three words). Though it sounds crazy, it was loads of fun.

Now comes Ant-Man. Marvel has introduced a new character to the MCU, a man who can shrink down to the size of, and communicate with, ants. Sounds stupid, doesn’t it? Well rest easy, this is Marvel, and they’ve delivered yet another fun, action-filled adventure with plenty of humor and loads of heart.

After being released from prison, Scott Lang finds himself in hard times. Thanks to his past, he’s having a tough time finding a job, earning money or seeing his daughter, whom he adores. The last thing he wants to do is to go back to the criminal life that put him away in the first place.

But feeling he has no alternative, Lang agrees to take on a job where he must break into a safe in the home of an eccentric millionaire. Little does he know that he’ll be embarking on a life-changing adventure to save the world.

One of the things Marvel always seems to get right is how they cast their films. Often times, they are actors who, at first, you wouldn’t think to put into a comic book movie, let alone play the titular hero or heroine.

Paul Rudd is excellent as Scott Lang. His dry wit and easy-going manner make Lang a likable character. The whole film rests firmly on his shoulders, and he is more than capable of keeping things light and fun when warranted and serious when necessary. 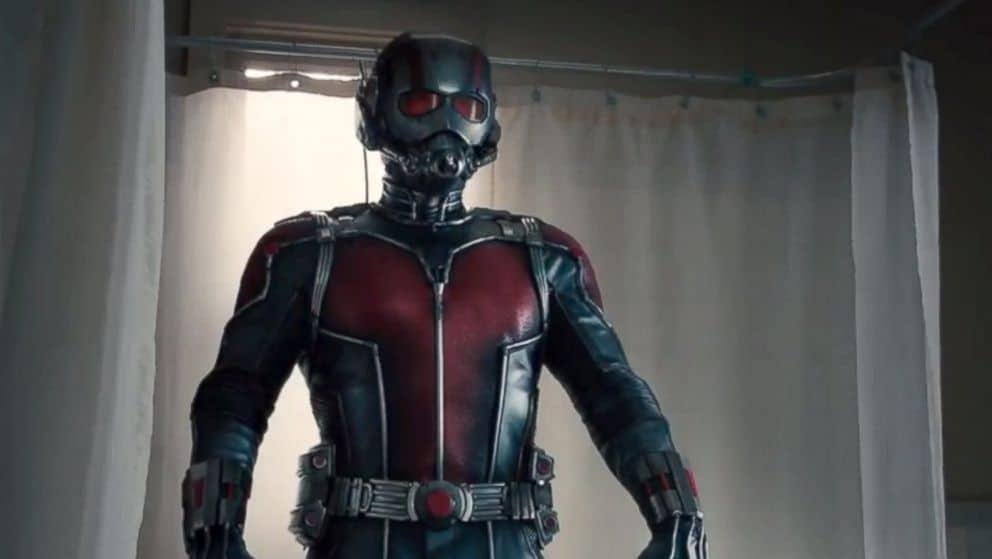 Michael Douglas brings weight and class to the film and is great as Hank Pym. His character has a fine story arc that Douglas portrays flawlessly from the beginning, including the entertaining banter between him and Lang.

Evangeline Lilly plays Pym’s daughter, Hope, and does a solid job playing a woman at odds with her well-meaning father. Michael Peña provides comic relief as one of Lang’s friends, Luis, and he nearly steals the film. His aw-shucks, matter-of-fact, rapid-fire delivery is very funny.

Corey Stoll stars as Darren Cross, a man obsessed with cracking Pym’s research, and is a decent villain. The film also features Bobby Cannavale, Judy Greer, T.I. and some familiar faces from the MCU.

The visual effects in the film are first rate. You know you’re in for something special when you see 1989 Michael Douglas come on screen. Granted it was seen in 3D but the de-aging effects were quite stunning. The shrinking effects are very well done and leave you wondering just how much was done on a green screen and how much was done on a set. For being an effects-heavy film, the action set pieces are well composed and fast paced, and they actually look great in 3D.

It’s well known that this film was to be directed by Edgar Wright but that he departed due to “creative differences.” It’s hard to say if this film, directed by Peyton Reed, is anything like what Wright envisioned, but Reed has proven once again that a comedy director can do action too. 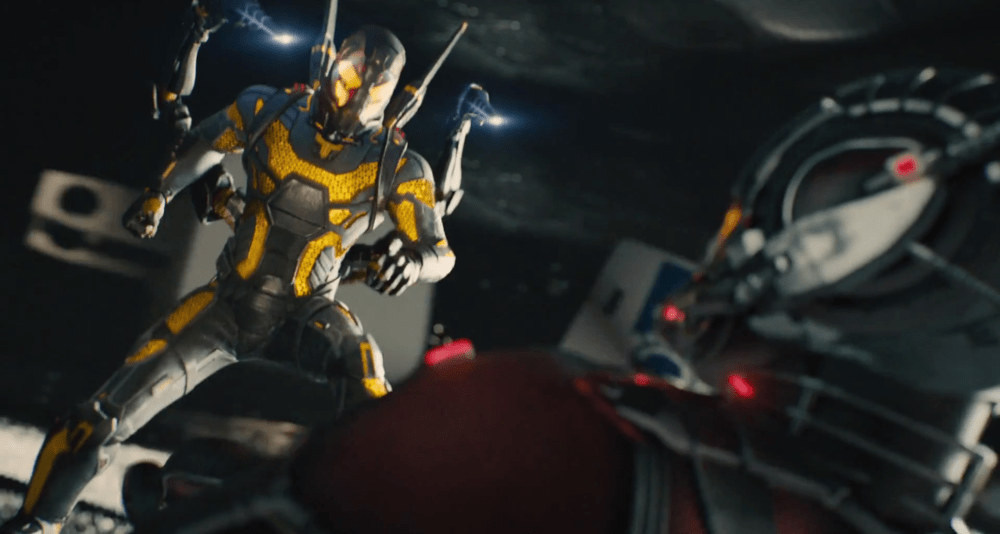 Reed keeps a nice balance between the humor, action and drama that unfolds throughout the film. He does a particularly good job during the intimate and emotional scenes, as well as solid job composing his action sequences.

This Ant-Man film is an origin story and is certainly one of the best that Marvel has done since Iron Man in Phase I. As a standalone film, it ranks high in the MCU. It features many likable characters, a compelling story and great visual effects, leaving you wanting more.

In Marvel tradition, there are end-credit sequences that tease viewers as to what is to come next, and both of the bumps at the end of Ant-Man will whet your appetite for his further adventures.