A new trailer has been released for the upcoming documentary about the life of actor Anton Yelchin, titled Love, Antosha. Directed by Garret Price, the film pulls from Yelchin’s journals and photography, along with interviews from family, friends, and colleagues to paint a lovely picture honoring his legacy. You better bring tissues with you for this one.

The film premiered at Sundance earlier this year and will be opening in Los Angeles August 2nd and New York August 9th.

From a prolific career in film and television, Anton Yelchin left an indelible legacy as an actor. Through his journals and other writings, his photography, the original music he wrote, and interviews with his family, friends, and colleagues, this film looks not just at Anton’s impressive career, but at a broader portrait of the man. Born in the former Soviet Union to a family of artists, Anton and his parents came to the U.S. when he was six months old. He started acting at nine. He had a genuine curiosity and love for people, for art, and for family. And a willingness to explore, and be open with, the darker parts of himself. Love, Antosha explores his successes and his struggles, and let’s viewers get to know this extraordinary person the world was cheated from seeing grow old. 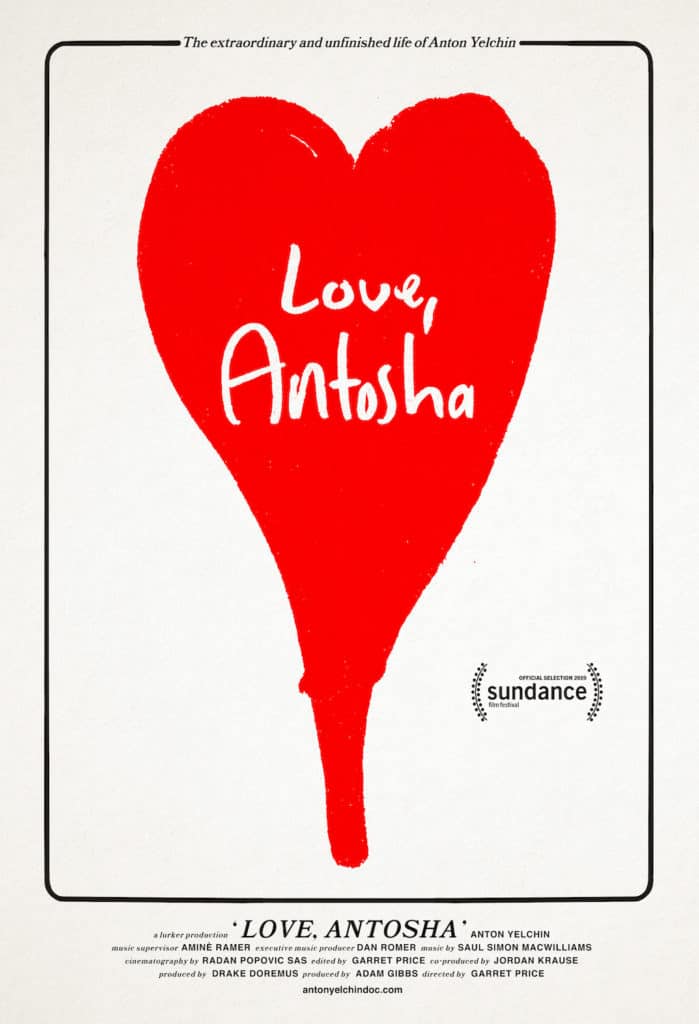