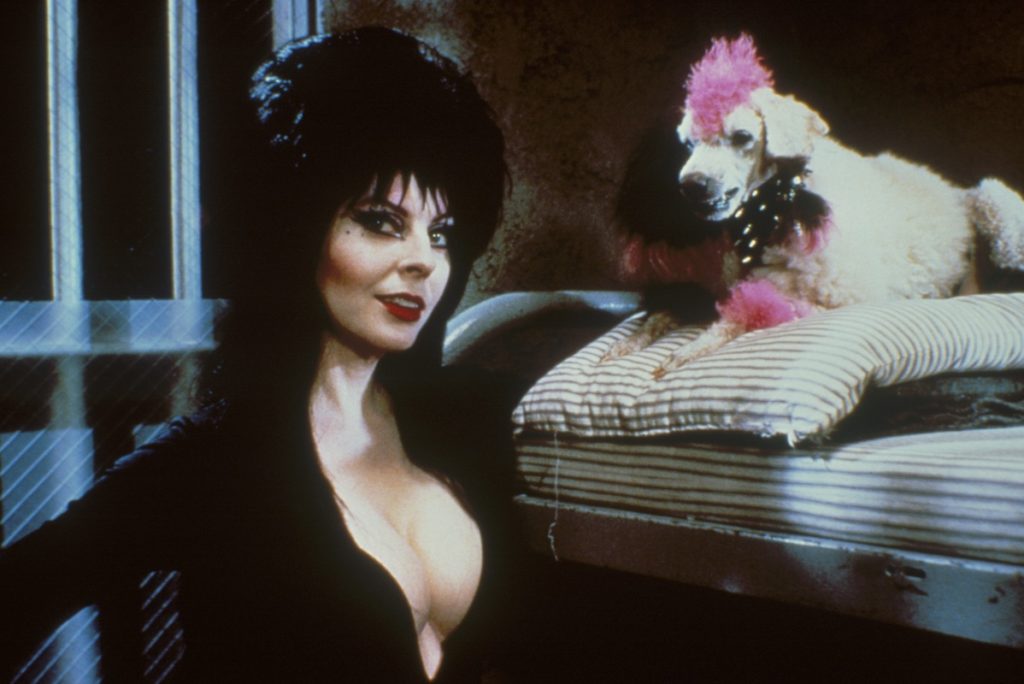 Arrow Video has announced their U.S. Blu-ray lineup for April 2020, including new releases of Ovidio G. Assonitis‘ Beyond the Door, John Hughes‘ Sixteen Candles, Kirill Sokolov‘s Why Don’t You Just Die!, James Signorelli‘s Elvira: Mistress of the Dark, and Nico Mastorakis‘ The Wind.

Take a look below for the full announcement and be sure to head over to arrowvideo.com for more.

Spring into April with Five Exciting New Releases from Arrow!

While the world faces difficult, uncertain times the small comforts like movies can mean so much more. Arrow knows this and has you covered with 5 new and vastly different releases coming to Blu-ray this April. If you’re forced to stay inside, you may as well make the best of it.

Releasing on April 7th is Beyond the Door, Ovidio G. Assonitis’ brilliant play on The Exorcist. Juliet Mills stars as a young pregnant housewife from San Francisco that becomes possessed by a demonic being. Roger Ebert labeled the film as “scary trash,” which may have been intended as an insult, but will certainly make the ears of genre fans the world over perk up with excitement. Limited to just 3,000 copies, this release includes the uncut English export version, Devil Within Her, as well as Italy Possessed, a brand-new documentary on Italian exorcism films.

April 14th is the day for the John Hughes classic Sixteen Candles… The film that made Molly Ringwald a star! Arrow presents the film with a brand-new restoration from a 4K scan of the original camera negative. The release will also include both the theatrical and extended versions of the film and a collection of new and archived bonus features.

On April 21st, Arrow is proud to release Why Don’t You Just Die! This horror-comedy hybrid and feature debut from writer / director Kirill Sokolov is sure to leave viewers laughing at the most inappropriate times. Praised by Rob Hunter of Film School Rejects as “a goddamn delight,” Why Don’t You Die! is a tale of bloody mayhem that puts a group of terrible people in one room together and unleashes them. This one is not to be missed!

Arrow brings April to close on April 28th with their highly anticipated Blu-ray release of Elvira: Mistress of the Dark. The queen of horror makes her feature film debut as she travels to Massachusetts to claim an inheritance after quitting her job. This release includes a brand-new 4K restoration scanned from the original film elements and a bountiful bosom of special features.

And finally, also coming April 28th is The Wind. Written and directed by cult icon Nico Mastorakis (Island of Death, The Zero Boys), this slasher is the story of a Los Angeles novelist that travels to remote Greek island in search of isolation to write her newest book. There she witnesses a murder and becomes the killer’s next target during a windy night. Notably the film’s score was composed by Hans Zimmer and Stanley Myers. This lost slasher it making its world-wide Blu-ray debut.