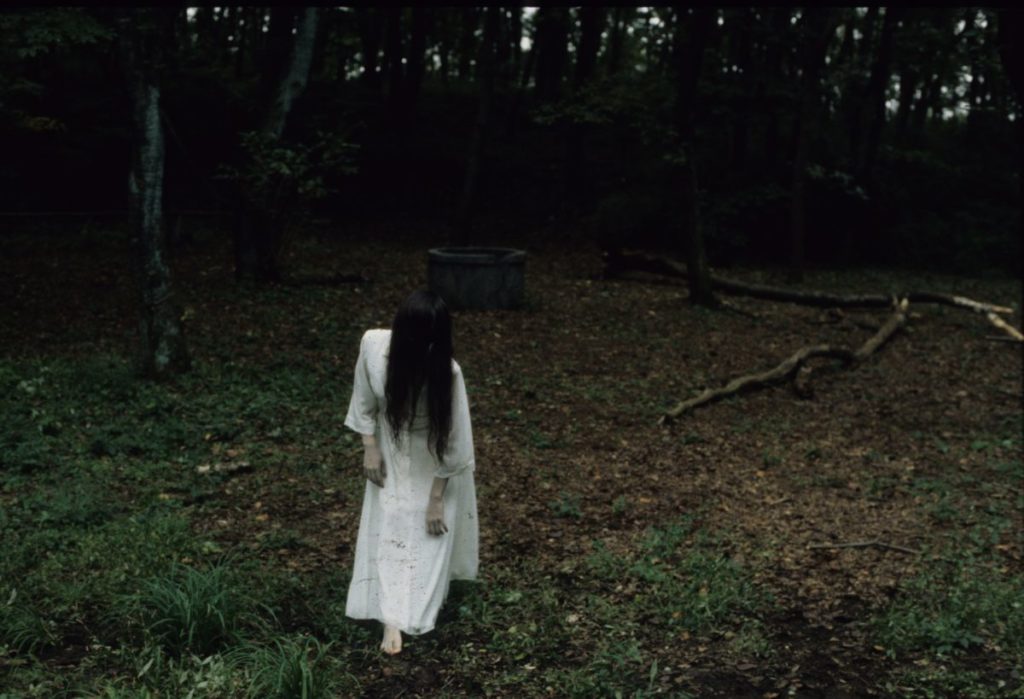 Arrow Video has announced the U.S. lineup for October 2019, which includes new Blu-ray releases of The Prey, Toys Are Not For Children, Killer Nun, Crimson Peak, The Dead Center, An American Werewolf in London, the Ringu collection (Ringu, Ringu 2, Ringu 0, The Spiral), and Man of a Thousand Faces. Happy Halloween indeed!

Take a look below for the full press release and head on over to arrowvideo.com for more.

As we head into October we know that means one thing – we’ve officially entered Halloween season! And this Halloween, Arrow is abandoning the tricks in favor of a few extra treats. With 9 new releases hitting retailers this month, there’s sure to be something to satisfy everyone’s sweet tooth.

On October 1st, the month’s first release comes in the form of The Prey. This early ’80s effort about a group of teens attacked by a disfigured killer while camping in the Rocky Mountains has been languishing on VHS for over thirty years. Arrow has rescued this cult classic, presenting it with a brand new 2K restoration and 3 different cuts. Slasher enthusiasts everywhere are going to want this one immediately.

Toys Are Not for Children is a psychological drama about a woman with daddy issues suffering through a devastating downward spiral that DVD Drive-In describes as, “an underrated gem hiding behind an exploitative title.” This gem comes home on October 8th with a new 2K restoration and toy chest full of bonus content. This quirky tale of perversion from director Stanley H. Brassloff is not to be missed.

Director Giulio Berruti’s Killer Nun is one of the holiest of sisters that make up the loving and gratuitously crude community that is nunsploitation. Anita Ekberg stars as Sister Gertrude, a nun lured into the world of drugs and perversion. This cult classic and “video nasty” comes to Blu-ray with a new 2K restoration from the original 35mm camera negative that shines this sleaze up quite nicely. The film hits shelves on October 15th.

Two releases head home on October 22nd. First is Guillermo del Toro’s modern masterpiece of gothic romance, Crimson Peak. This story about an aspiring author that travels to a remote English mansion, where she is haunted by ghostly visions, was praised by Stephen King as, “gorgeous and just fucking terrifying”. The second release on the 22nd is Billy Senese’s The Dead Center. Shane Carruth stars as a hospital psychiatrist that is pushed to the edge of insanity when a deranged patient claims to have died and brought something awful back from the other side.

The month comes to the close with 4 must-have releases on October 29th. Leading the way, and just in time for Halloween, is the John Landis classic An American Werewolf in London. In what is arguably the greatest werewolf movie ever made, David Naughton stars as an American tourist attacked by a vicious creature while hiking in the Yorkshire Moors. The jaw-dropping, Oscar-winning special effects from the legendary Rick Baker are restored in 4K using the original camera negative and approved by Landis. This release comes with so many special features you’ll need a whole lot of big teeth to chew on them all.

Hideo Nakata almost single-handedly helped launch the J-Horror boom in the late ’90s with Ringu, the film Sight & Sound called a “timeless terror”. Now fans can own this creepy flick about the cursed VHS tape with a brand new 4K restoration approved by DP Junichiro Hayashi. If one VHS tape isn’t enough to quench your thirst for technological terror, then the Ringu Collection may be more your speed. This boxset includes the original film alongside the sequel Ringu 2, the eerie origin story Ringu 0, and the “lost sequel”, Jôji Iida’s Rasen – also known as The Spiral.

Rounding things out is Man of a Thousand Faces. This biopic about one of horror’s first icons, Lon Chaney, stars James Cagney as the multifaceted silent screen legend. Director Joseph Pevney not only chronicles Chaney’s rise to stardom but captures the drama is his day-to-day personal life. The screenplay, written by R. Wright Campbell, Ivan Goff, and Ben Roberts, was nominated for an Oscar. This release comes with a number of special features including a new audio commentary from film scholar Tim Lucas.