One of the more perplexing exploitation films I’ve seen is 1970’s X-Rated skin flick Beyond the Valley of the Dolls. Directed by B movie king Russ Meyer and written by Roger Ebert (yes, THE Roger Ebert), this strange tale of Hollywood excess will leave most, including myself, baffled as to what they just witnessed.

At its core, the film revolves around a group of young go-getters graduating from high school and heading to L.A. to make all their dreams come true. While they do quickly make it as a rock and roll act, the sexual debauchery and rampant drug use begins to tear their lives apart. Originally, the film was intended to be a sequel to 1967’s Valley of the Dolls, however Ebert and Meyer ultimately decided to create an entirely new story and just incorporate some of the same themes as the first film. 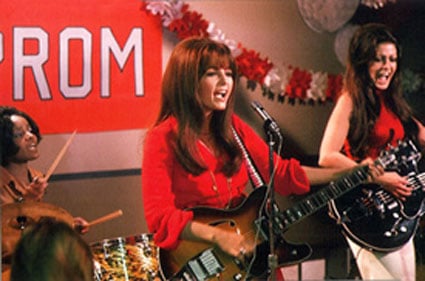 Most of Beyond the Valley of the Dolls is nothing more than a never-ending series of parties with frantic editing and musical performances. These quick cuts were surely created to show the fast-paced lives of the central cast of characters, but it ends up feeling sloppy and very poorly done. Distinguishing between certain characters becomes difficult when the camera is jumping from one person to the next every three seconds, and I found myself getting mixed up several times as to who was who.

As with all Russ Meyer productions, one can expect a certain amount of sex, and this film delivers in spades. Everyone sleeps with everyone, and while there was nothing overtly pornographic, it’s fairly racy, but probably wouldn’t be given an X-rating today. Like most skin flicks, many of the sex scenes felt tacked on and completely unnecessary, however without them the film would be a complete bore until the finale. 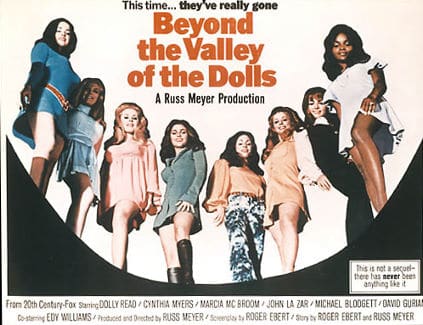 And it’s the finale that pushes this film completely off the rails. Z-Man (John Lazar), an extremely wealthy music producer that gives the kids their shot in the biz, decides to have a more intimate party than usual by having only three guests over. After arriving he has them dress up like super heroes and gives them some sort of peyote drink that causes them to make out with each other. For some reason, he also has his butler dress up like a Nazi. After that, things begin to spiral out of control and get very violent. This insanely bizarre climax comes completely out of left field and proves to be the most entertaining aspect of the film.

Beyond the Valley of the Dolls is worth watching simply out of curiosity alone. It’s not a good film by any means, but it’s full of unintentional humor and cheesy ‘60s lingo, which make it a fun little ride. Too much of it felt like a soap opera, but the ultraviolent WTF ending made up for it. It’s clear why Ebert stuck with being a critic after this film came out, but I can’t help but wonder what it would have been if someone like Scorsese were in the director’s seat.