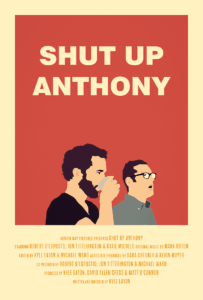 Continuing its successful festival run after premiering at Cinequest a few months ago, writer-director Kyle Eaton’s Shut Up Anthony just won a Spirit Award for Narrative Feature at the recently concluded Brooklyn Film Festival…and with good reason. This snappy little comedy plays within recent indie conventions but delivers a charming, smartly written story that’s as funny as it is surprisingly heartfelt.

Robert A. D’Esposito plays Anthony, a slightly neurotic, slightly dickheaded of an artist whose girlfriend requests that they “take a break” just days before he’s let go from his job as an artist. On the verge of a nervous breakdown and nowhere to turn, he reluctantly decides to take a trip to the cabin his parents share with another family who had a tumultuous falling out in the past.

After arriving, he realizes that the place is currently being inhabited by Tim (Jon Titterington), a theology professor and a member of the other family that shares the cabin. An awkward reunion ensues and, as Anthony struggles to cope with his present situation, past events boil to the surface and create a whole new set of conflicts for him to overcome.

Shut Up Anthony is buttressed by its sharp dialogue and well developed script. At its core, it is indeed a comedy, but through the awkward conversations and laughable situations Anthony gets himself in, there’s a current of earnest drama taking place, one that’s hinted at throughout the narrative but only reveals itself in the final act. The humor is never abandoned however, resulting in the dramatic moments feeling more natural, similar to how another excellent recent indie release, Donald Cried, handled this structure. 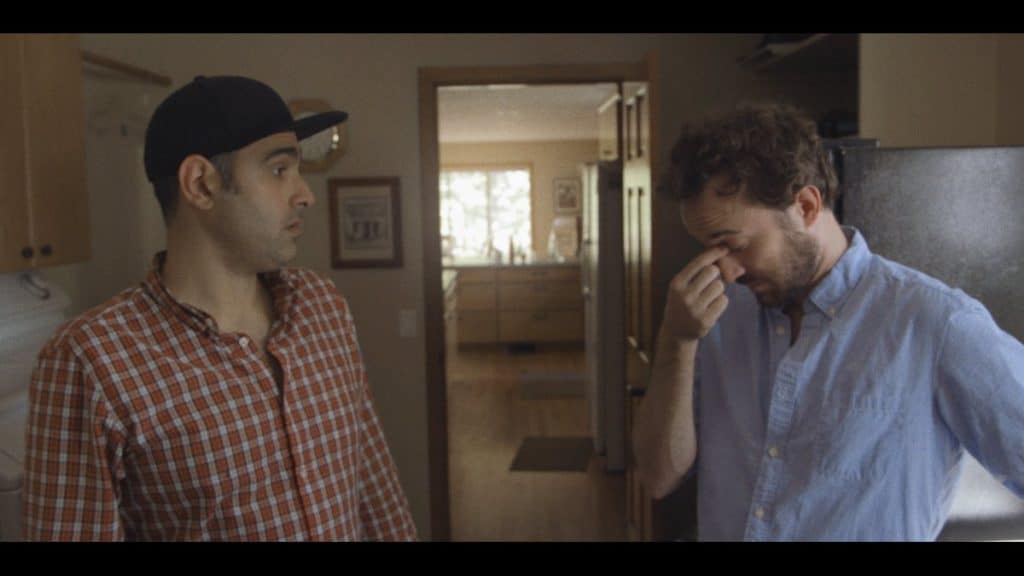 I feel like we’ve been getting a glut of these “heading to the cabin to get away from it all” movies lately, but the cabin itself plays into the narrative, so I give it a bit of a pass; I sincerely hope this is the last one of these I see for a bit…better to end on a high note.

D’Esposito shines as Anthony, a character who I fully expected to hate but never did, despite his abrasive personality. This is most likely due to the fact that Tim, who seems to be an alcoholic, is actually far less likable, making the best scenes in the film those that feature the two of them passive aggressively conversing with one another.

Shut Up Anthony is witty, wry and always entertaining. It hits all the right notes for fans of awkward comedy, such as myself, and marks a solid feature debut for Kyle Eaton. This is one that will surely be picked up for distribution soon, so be sure to keep it on your radar.