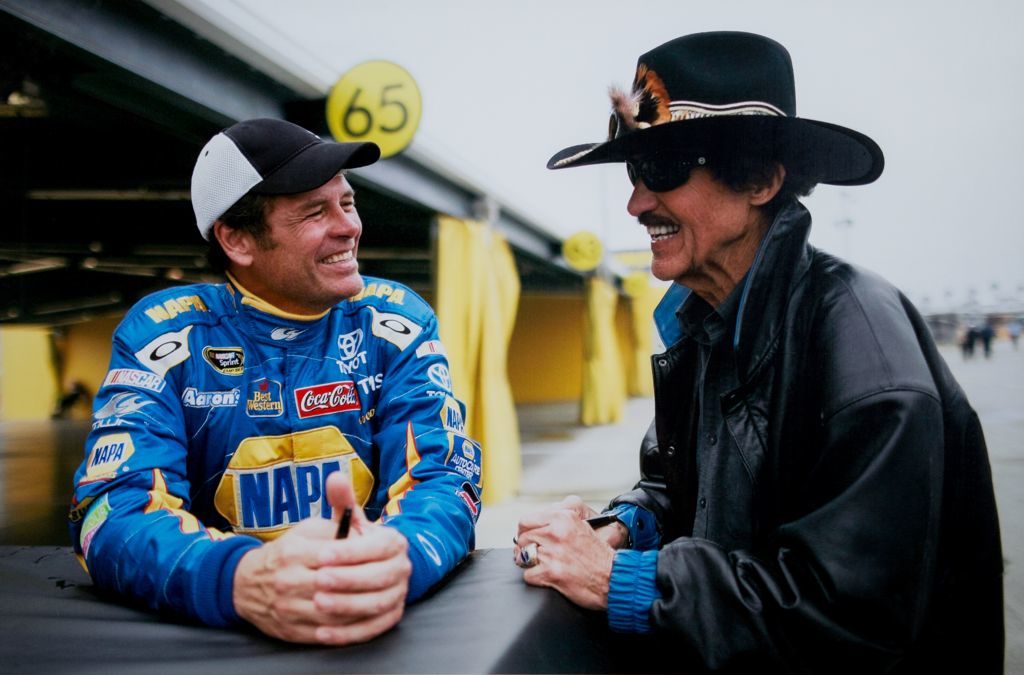 Blink of an Eye, written and directed by Paul Taublieb, starts out with a man driving down a rural road, listening to country radio. Michael Waltrip is driving alone in Charlotte, North Carolina, when radio host Trace Adkins dedicates a song to him — a song containing the title of the film and references the 2001 Daytona 500 in which Waltrip, Dale Earnhardt Sr. and Dale Earnhardt Jr. participated.

We see images of the race flash, showing Waltrip driving and then eventually winning his first cup race. His victory is short lived, as it’s revealed something happened to Dale Earnhardt Sr. Later, we find out he died during the race.

Given NASCAR’s popularity in the South and within the country music community, the opening scene is predictable. It doesn’t dull the emotional impact of the race but does set the tone. This film is about racing and the people connected to it, but its progression is much like the opening. And in a world where we are inundated with Netflix and HBO documentaries, surfacing raw and bleak aspects of humanity, a documentary like this may fall by the wayside. 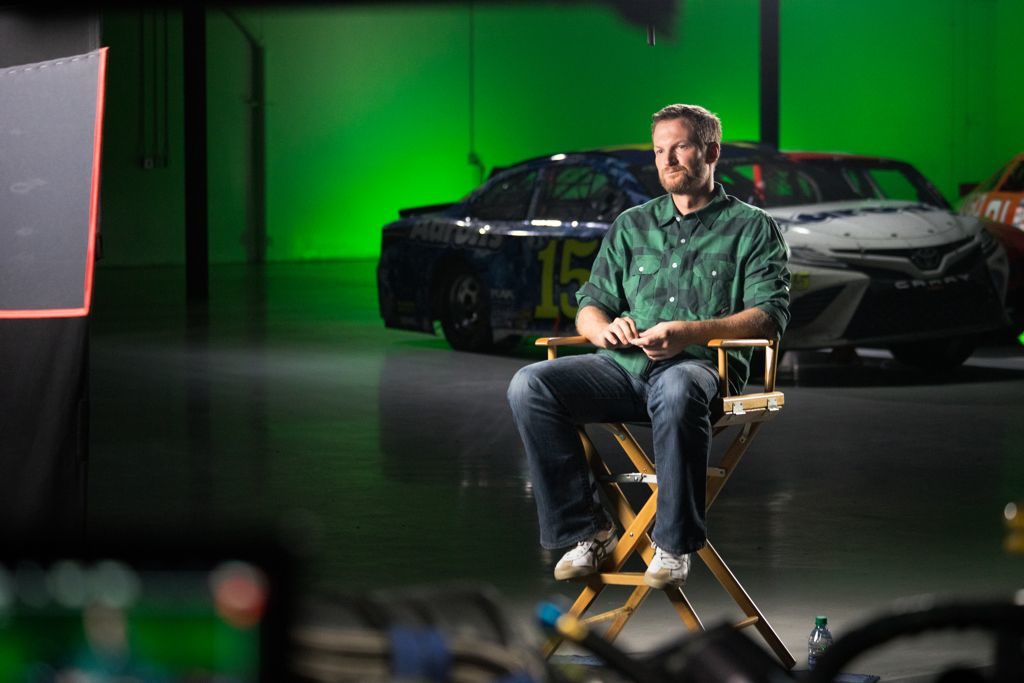 This story is a sort of love letter to Dale Earnhardt Sr., and that’s because it’s inspired by the book In the Blink of an Eye, written by Michael Waltrip and Ellis Henican. As Waltrip was working to establish himself within the cup-racing scene, he became a good friend of Earnhardt Sr., and despite Waltrip’s losing streak — a streak of more than 400 losses — Earnhardt Sr. believed in him enough to add him to his team for that 2001 Daytona 500. During that race, Earnhardt Sr. set Waltrip and his son, Earnhardt Jr. — who is also interviewed — up for success, helping both men maintain a lead.

Along with details about Earnhardt Sr., the documentary also shows glimpses into Waltrip’s upbringing and his career. His brother, Darrell, is interviewed as well as his ex wife, Buffy. Waltrip is characterized in the film as a funny guy, which fans like. To them — much like Earnhardt Sr., who was the blue-collar guy from the mill town, Waltrip seems regular, relatable. 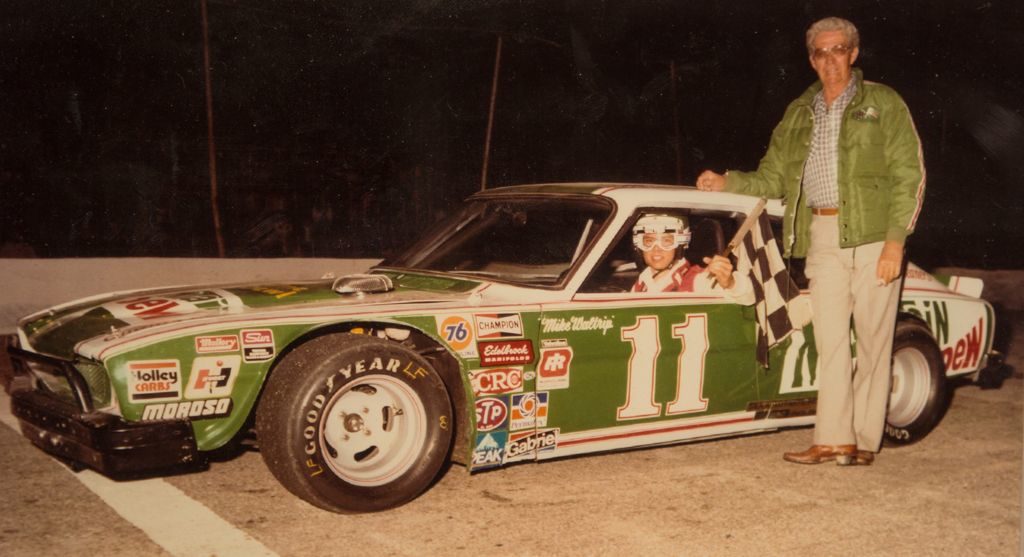 The format of the documentary, with its flashes of footage and  interviews with individuals connected to Waltrip and Earnhardt Sr., provides a sense of intimacy; it often feels like we are sitting in a room with these people, active listeners to their tales of success and failure. But we aren’t, and that feeling only lasts for a short time.

The tears that Waltrip and others shed are touching, much like the footage and the crescendoing music that accompany them. All of these elements move you but at times feel staged. When Waltrip talks about his losing streak in cup races, we know he wasn’t happy then; we just don’t see how unhappy he was.

The uninitiated will know little about the nitty gritty of his life, and the same is true of all the people interviewed. Their careers are visible, but the people aren’t. And for a film that starts out with such a devastating event, and later returns to it, I expected a much closer look at its aftermath. 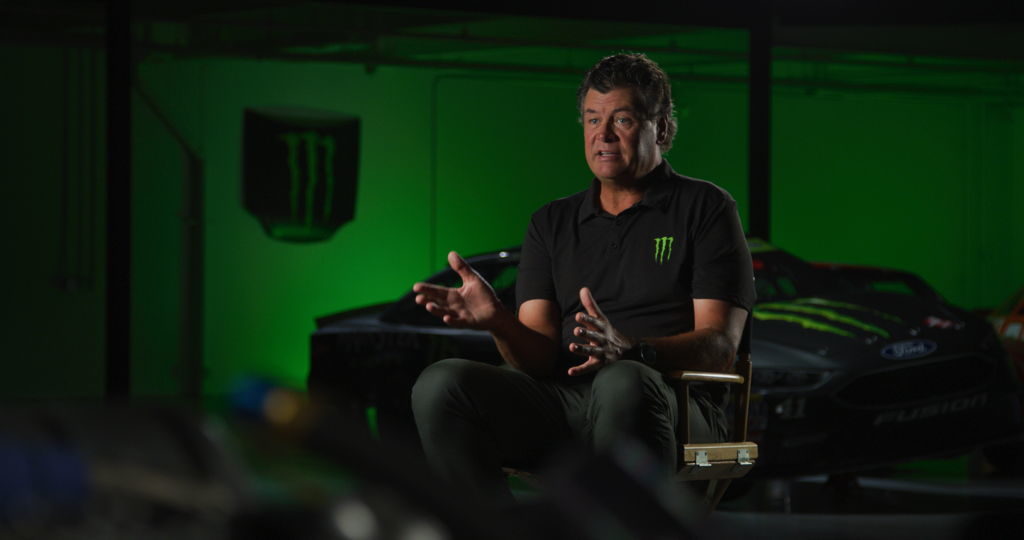 Yes, there was so much sadness, so much racing, but what else? What happens in these people’s day to day? Maybe this isn’t that type of documentary, but if that’s the case, then what type is it? In an area of filmmaking that often has directors capturing every minuscule aspect of the source material, to not zoom in as close as you can on your subjects, feels strange, almost like this film doesn’t belong with the others of its genre. That said, how much honesty is expected in a documentary that interviews the president of NASCAR, Mike Helton? Probably not much.

Blink of an Eye may be a love letter to Dale Earnhardt Sr. and the sport of racing, but ultimately, it’s a one-pager that belongs in the NASCAR Hall of Fame and doesn’t have all the emotional impact a good love letter should.