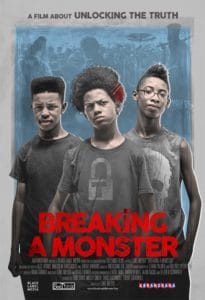 Typically, a rock documentary serves as a memoir for bands or artists who have already been established in the industry and achieved enough fame and/or adoration to warrant a film made about them. In the case of Luke Meyer’s film Breaking a Monster, however, we get an inside look at the first breakout year for a heavy metal band, Unlocking The Truth, comprised of three 13-year-old African American kids from Brooklyn.

The band was first discovered after performing on the street in Times Square and having one of their YouTube videos go viral, sparking a deal with a manager and a lucrative record contract with Sony, totaling $1.8 million. The kids grapple with their newfound fame while continuing to hone their sound and struggling to keep creative control over their image, all while their manager and record execs attempt to shape them into an edgier version of The Jonas Brothers.

To me, this is the most interesting aspect of the film, and while the intention may have been to showcase an up-and-coming group of extremely talented youngsters, I couldn’t help but be fascinated at how the industry attempts to exploit them without outright letting on that they are, in fact, exploiting them.

At one point, the band’s frontman, Malcolm Brickhouse, even notes to his manager that he recognizes and agrees with the idea that Sony only signed them because they were young black kids in a metal band and that he was okay with that. I would be too. And maybe it would be more offensive if these kids lacked talent, but their music is actually quite good. If the fact that they don’t have the typical skin tone of a garden variety metal band helps them get their sound out there, then so be it. 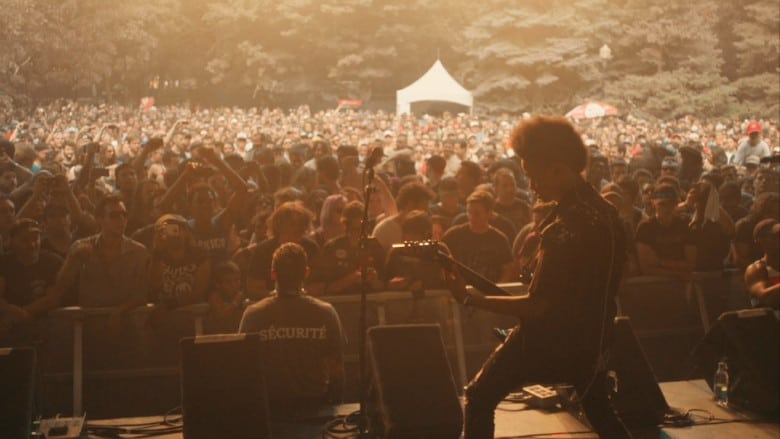 The film vividly captures the kids as they hold on desperately to their youth – playing video games, hanging out with friends and going to school – but then see it systematically pulled away from them as touring schedules increase and work begins to take over fun. One of Malcolm’s favorite things to do other than play music is skate, and that gets taken away from him after the Sony deal for fear that he might injure himself and could not play.

Fortunately, the boys have Malcolm’s mother who keeps things from toppling over. She does everything within her power to help shape their career trajectory while seemingly never losing sight of the fact that these are young teenagers. She knows that they need to keep grounded so that they don’t turn into another set of child stars who get chewed up and spit out by the entertainment industry.

While it’s fantastic to see these kids gaining popularity and quickly becoming the rock stars they dreamed of being, I couldn’t help but feel an intense worry for them, as if I could see them flying closer and closer to the sun. All three members are charismatic and likable, and Meyer adeptly conveys this throughout the run time, making us want to see them succeed and not become burned out before they reach puberty.

Breaking a Monster is a time capsule film, the type of film you’ll want to revisit a decade down the line, assuming Unlocking the Truth is still producing music, just to see how a humble beginning led a group of kids from Brooklyn to become metal superstars.