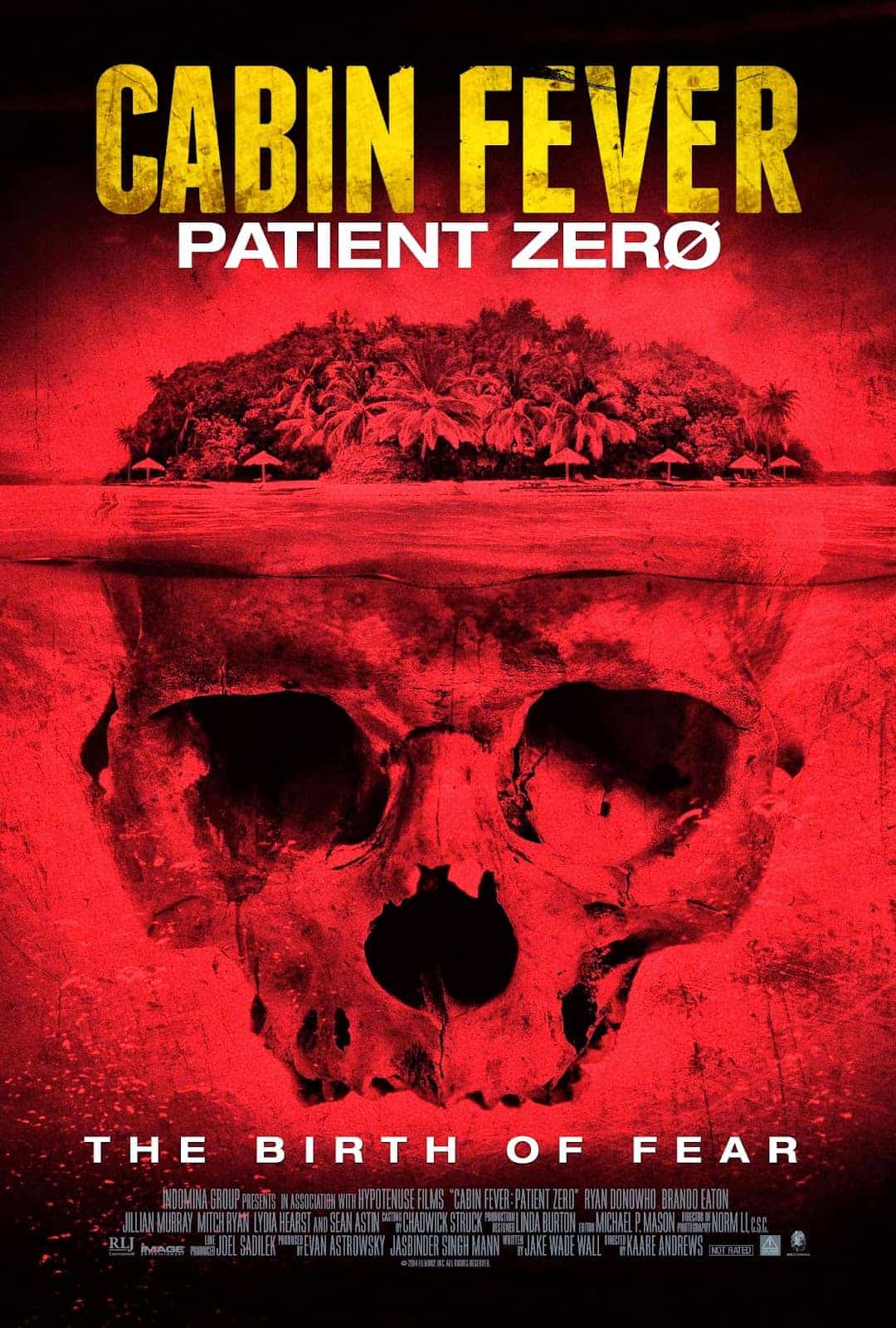 After one already unnecessary sequel, it seems that there’s still some interest in creating some sort of franchise out of Eli Roth’s directorial debut, Cabin Fever.  Although the latest iteration, Cabin Fever: Patient Zero, is superior to the train wreck that was Cabin Fever 2, this is still just another forgettable, implausible and laughably bad horror sequel.

The film revolves around a group of asshole twenty-somethings heading to a remote island in the Caribbean for a bachelor weekend. Unfortunately, for them, this island is inhabited by Sean Astin, “patient zero” for the horrific flesh-eating virus introduced in the first Cabin Fever. Contained within what appears to be the Batcave, scientists are keeping ol’ Rudy prisoner, while trying to develop a cure from his blood. Things go awry however, and the virus gets unleashed onto the island, infecting everyone including our douchey main characters.

The virus works similarly in this film as the previous two, starting with gross blisters, followed by some heavy blood vomiting and finally the victims’ skin falling off. Several of the infected in this entry act like zombies, which is something new, although – much like most of the film – didn’t make any sense.

One scene sees two of the kids running from an infected, only to find a pool of dead bodies they are forced to wade through. When one of these dead bodies springs to life and comes after them, the zombie attempts to shoot one of the kids, only to have his hand ripped off by the recoil of his pistol causing the gun to spear him through the head. (Actually, that was kind of amazing.) With the exception of that particular scene and a few other small tidbits, there’s very little CG in Patient Zero, which is almost as refreshing as realizing this isn’t a found-footage horror film.

All the practical effects are excellent and will successfully keep you gore hounds happy. Although it didn’t quite make my skin crawl like the original Cabin, the carnage in this movie was completely over the top and very, very gross.

Aside from the solid practical effects and some fun gross-out moments, the only other elements of note in Patient Zero are the opening and closing titles. The opening sequence depicts an event unfolding in the lab in super slow motion, while the end cleverly lays out the cause of all this nastiness in reverse. It’s the most stylish and attractive element in the whole film – unfortunate, considering it occurs during the end credits.

This continuation proves to be better than the first sequel, but still does little to further this story and results in just another forgettable horror film with a bunch of stupid kids doing stupid things and getting killed.