With Comic-Con kicking off next week, fans are sure to see plenty of new footage and marketing materials for Marvel’s upcoming Captain America: The Winter Soldier.  To tide us over, Marvel released a new teaser poster for the film, which see Cap’s shield worn and weathered.

The film, directed by Anthony and Joe Russo, sees the return of Chris Evans as Captain America, with Sebastian Stan playing the Winter Soldier.  Scarlett Johansson, Cobie Smulders, Samuel L. Jackson, Emily VanCamp, Robert Redford, Dominic Cooper, Anthony Mackie, and Toby Jones are also featured.  Be sure to check back for all the latest Comic-Con announcements, but for now hit the jump to check out the poster. 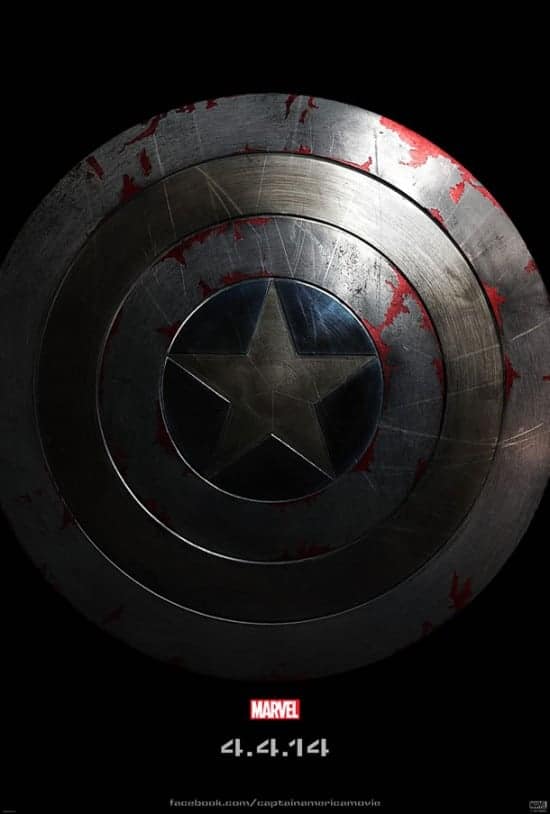 As Steve Rogers struggles to embrace his role in the modern world and teams up with Natasha Romanoff, aka Black Widow, to battle a powerful yet shadowy enemy in present-day Washington, D.C.