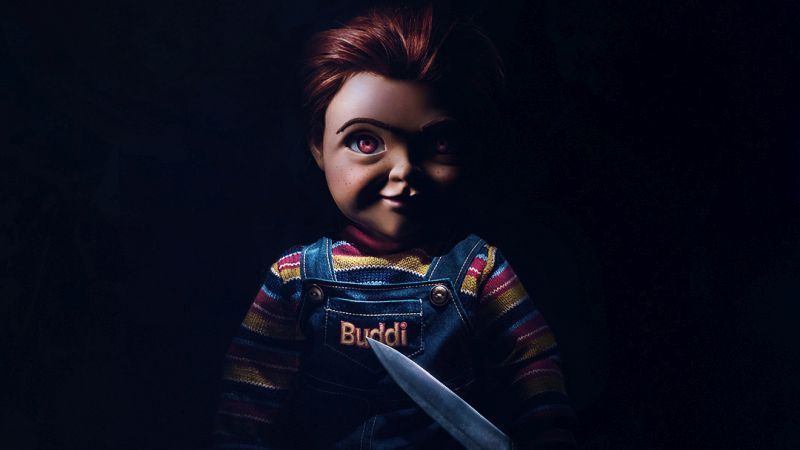 As a die-hard fan of the Child’s Play series and someone who will go to bat for even the later entries, I had skeptic optimism for the Lars Klevberg-directed reboot. Without the aid of series creator Don Mancini and Brad Dourif voicing the homicidal doll, how would this new take stack up again the original franchise? Thankfully, it seems Klevberg and company did their homework as Child’s Play 2019 manages to evoke the hokey fun of the series while adding a modern spin to bring it into the 21st century.

Instead of being possessed by a serial killer, Chucky is now an A.I.-driven robot, designed to be a companion and to help control all your smart-home devices: think Alexa, only way creepier, which is something that’s thankfully addressed from the get-go.

Aubrey Plaza plays Karen, a young single mother working a crappy retail job and trying to make ends meet for her and her son, Andy (Gabriel Bateman). With Andy’s birthday approaching, Karen snags a Buddi doll from work, a rejected one that we see has been tampered with in the opening sequence, involving a disgruntled worker in the Vietnamese factory where the dolls are manufactured. This is the first bit of obvious pointed commentary that the film carries regarding our tech-obsessed culture that is built on the backs of low-paid workers in foreign countries.

Andy quickly discovers this Buddi doll is not like the rest and does way more than any glorified toy should be able to do. He has a life of his own; he chooses chooses his own name (“Chucky”); he can think; and, obviously, he can kill. Like in the original film, Andy (now aided by a group of neighborhood kids) must convince the adults that Chucky is out to murder everyone and attempt to stop him before more blood is shed.

From early on, the film exudes the style of a classic ’80s slasher, from the premise right down to the lighting choices. Make no mistake, this is a new Chucky for a new generation, but the connective tissue with the original series is there, and the movie does a serviceable job in honoring it. 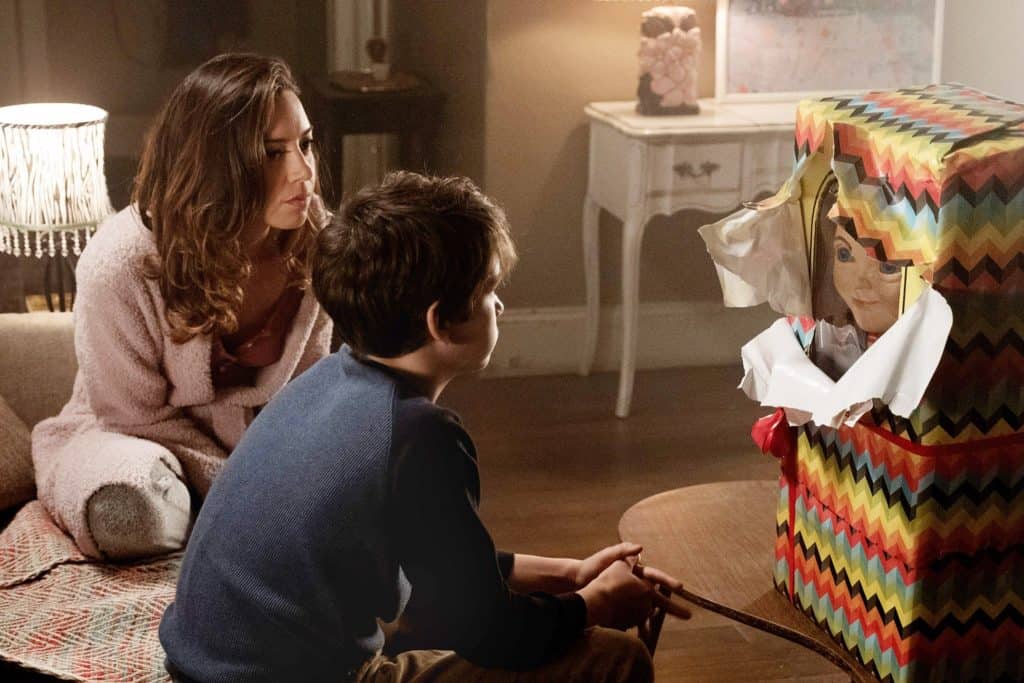 The effects work is thankfully done practically, and while the new design of Chucky takes some getting used to, the animatronics are impeccably crafted with Chucky showcasing a surprising range of emotion. This is an element new to the reboot, with Chucky gradually becoming corrupted by the environment around him, not immediately being a sadistic serial killer. Amusingly enough, it was Andy and his friends watching the bloody carnage of The Texas Chainsaw Massacre 2 that played a major contributing factor in Chucky’s turn from robotic friend to remorseless murderer.

This time around Mark Hamill voices Chucky, and while his delivery is on par with Dourif’s original performance, the character itself has far less personality. Rather than a foul-mouthed psycho, Chucky mostly repeats phrases he’s heard before, which may play into the logic of the doll but feels like a wasted opportunity nonetheless. That isn’t to say Hamill doesn’t have the opportunity to flex his muscles; he was a great choice and is effectively creepy on more than one occasion.

The tone of Child’s Play is a bit of a hybrid between the earlier entries in the series and the goofier Bride and Seed of Chucky. There’s plenty of humor to be had here with Aubrey Plaza and Bryan Tyree Henry (who is woefully underutilized) bringing their comedic talents to the screen, and the banter with Andy and his friends is reminiscent of the recent resurgence in Amblin-style horror stories like Stranger Things and It. This is balanced nicely with surprisingly tense moments of horror, many scenes of which are seen through the eyes of Chucky, again harkening back to the original.

The majority of Child’s Play is contained within Karen and Andy’s apartment building, but the finale opens the film up to a wild sequence of complete carnage, which truly capitalizes on the new abilities Chucky has, being able to control smart devices. It’s a blast and completely over the top in the best way possible.

Fans of the series will not be disappointed, though will likely still prefer the Mancini series. While not necessarily diving too deeply into any of the underlying statements it might be trying to make, Child’s Play is a film that’s acutely aware of what it is and delivers. This could be the start of an interesting new evolution in the series, and I’m on board to see where it could go from here.