I’ve gone back and forth on Spike Lee’s latest and whether or not its initial visceral impact will sustain after it will no longer be contemporaneous with what is happening in Washington, D.C. Ever the provocateur, Lee struck while the iron was hot and delivered a blistering social satire that’s raucous humor at the expense of the KKK adroitly divulges their disturbing realities in a punching tonal balance of execution.

A devious mix of Satre, Kafka, and L. Ron Hubbard, Sebastien Hoffman’s Time Share is a tense, psychological drama that makes you wonder how any sane person can actually relax at a resort. Cast in a story of wolfish sales tactics and cult like manipulation, the family man at the center of Hoffman’s sunny horror film is one of the most beleaguered protagonists of 2018 as he comes close to insanity trying to have a decent family vacation against mounting strange circumstances, all shot with a striking and slightly unsettling artificialness that sums up timeshare culture perfectly. Don’t sleep on this Netflix original. 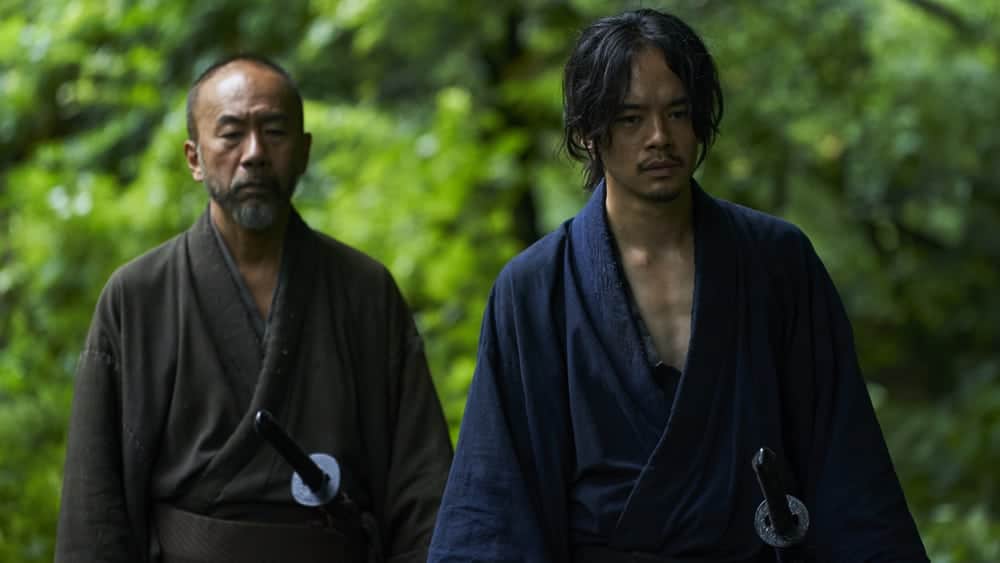 Veteran punk filmmaker Shinya Tsukamoto, most recognizable for his depraved Tetsuo series, expanded his repertoire this year by slyly subverting the masculine paradigms of the classical samurai film. Featuring the director’s enrapturing frenetic shooting style, this psychosexual ballet of wounded warriors and rapidly clashing swords is one of the most unconventional jidai-geki’s to have come out in the past decade despite also being one of the leanest and gutting too. 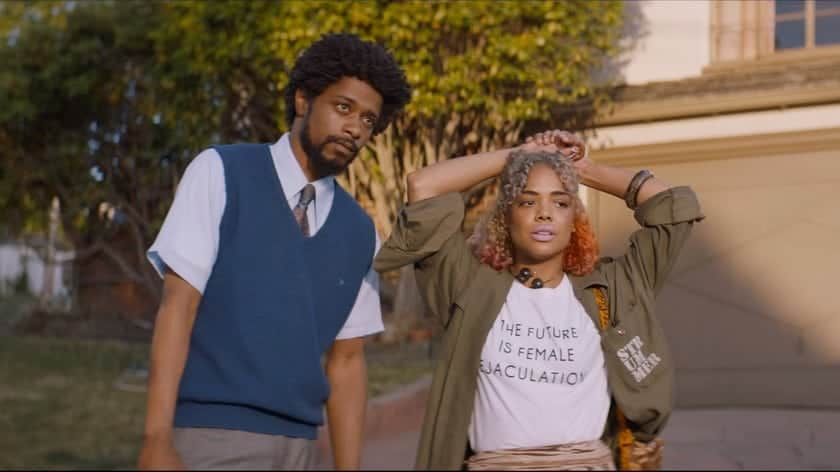 Hard to believe a film this clear in its intentions and this tightly experimental and high concept was a debut feature, but that just goes to show you should never underestimate Boots Riley or his Sundance smash success. After I took in the surreal proletariat cinema of Sorry to Bother You and its “weird Left twitter” approach to big screen humor, I thought it was only a matter of days until someone somewhere claims they were radicalized by Riley’s hilarious workers rallying comedy.

Like several films on my list, One Cut of the Dead is an unapologetic ode to how ridiculously difficult it is to create entertainment against an unending string of unforeseeable circumstances. The scrappy production crew depicted in newcomer Shinichiro Ueda’s film set out to make a single take zombie comedy, and in documenting the pre-production, staging, and floundering execution, the director achieves a heartfelt sincerity and pathos that I had until now thought impossible to feel for what is ostensibly just another zombie film. Yet, the freshness of the idea, hilarity in its execution, and sincerity in its movie fandom elevates this low-budget marvel to prospective halls of cult classic. 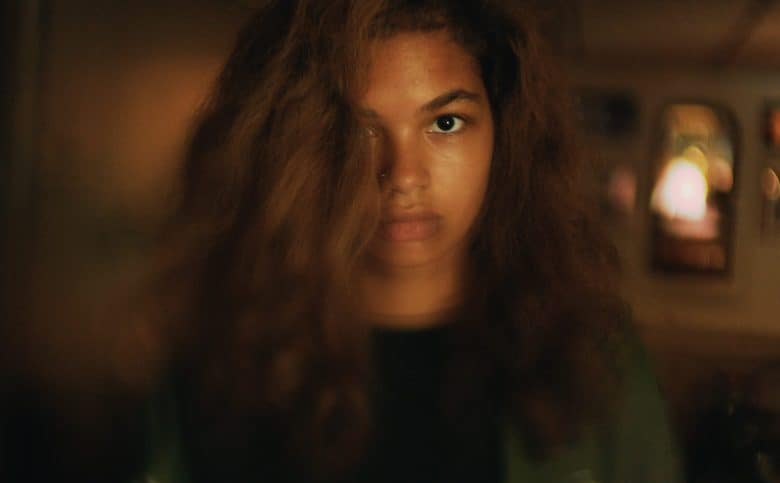 Beautifully blurring the lines between performance and reality in a oneiric character study, Josephine Decker’s Madeline’s Madeline is an absorbing mother-daughter drama told with stunning frailness, magical mania, and auspicious experimentation. Refreshingly original in its vision, if anything should come of Decker’s stunning third feature it should signal the coming of a new magnificent talent in Helena Howard. 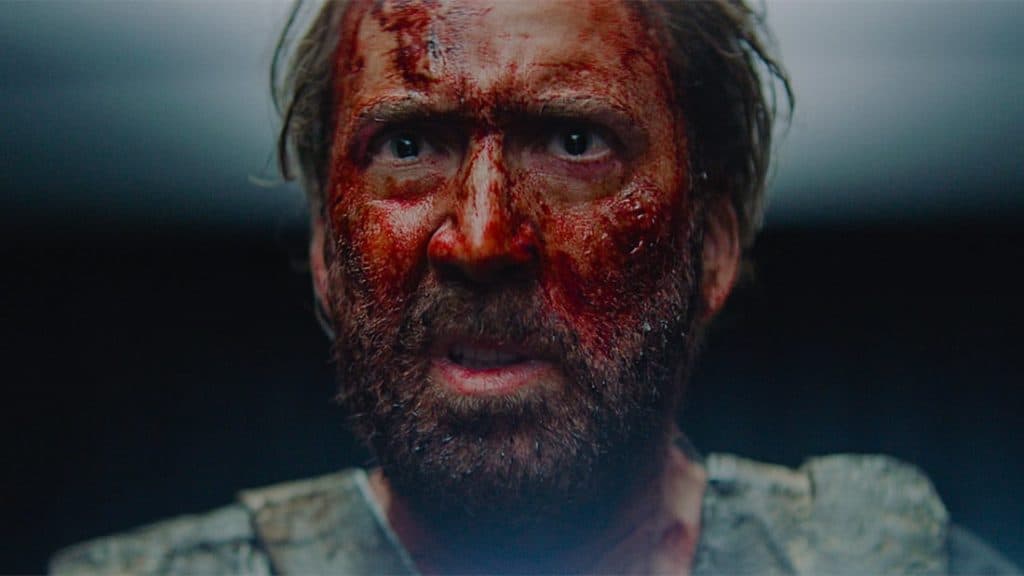 A fever dream of an exploitation film that sizzles with lyrical brutality, Cosmatos’ latest slice of psychedelic excess is a crushing revenge drama both surreal and shockingly affective. Featuring the blistering central performance of Nicolas Cage which checks every possible definition of RAW and a visual style dripping with hallucinatory electricity, Mandy is the kickass head trip that your best off fully submerging yourself in and letting its insane heavy metal glut wash over you. 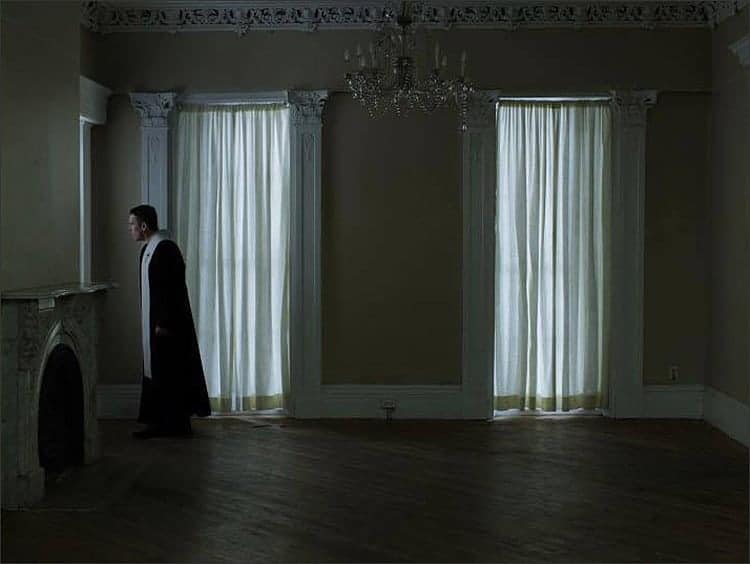 Ethan Hawke and Paul Schrader have been rightfully praised for their parable of lagging faith in environmentally critical times, but this modern story of theodicy and climate change just leaps off the screen with its quiet outrage and moving stillness. Like Job before him, Ernst Toller suffers in his search of purpose and the ways which Schrader forces you to emphasize with his mounting plight is filmmaking at its finest. 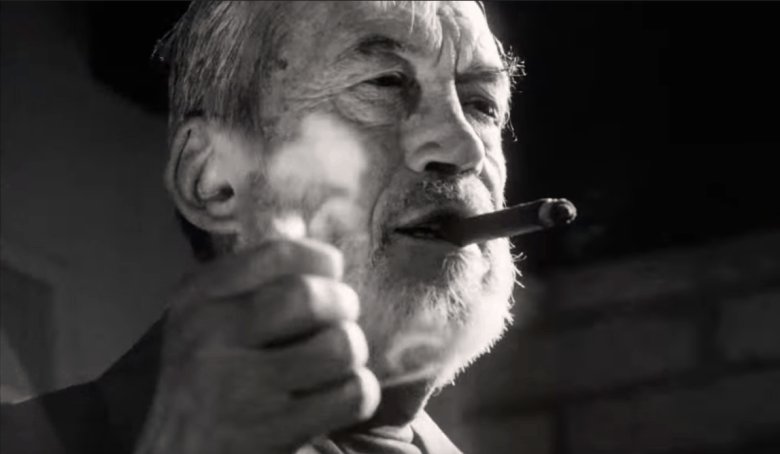 12. The Other Side of the Wind

Only in the unpredictable year of 2018 could have seen the long-delayed and much anticipated release of Orson Welles’ bitter New Hollywood diatribe The Other Side of the Wind. Not only was it inexplicably Netflix who we have to thank for this shattering depiction of directorial ego and new wave experimentation, but the fact that 40 years after it was originally shot Welles’ ensemble satire can feel this fresh and chic despite the patchwork of its production is a miracle in itself. 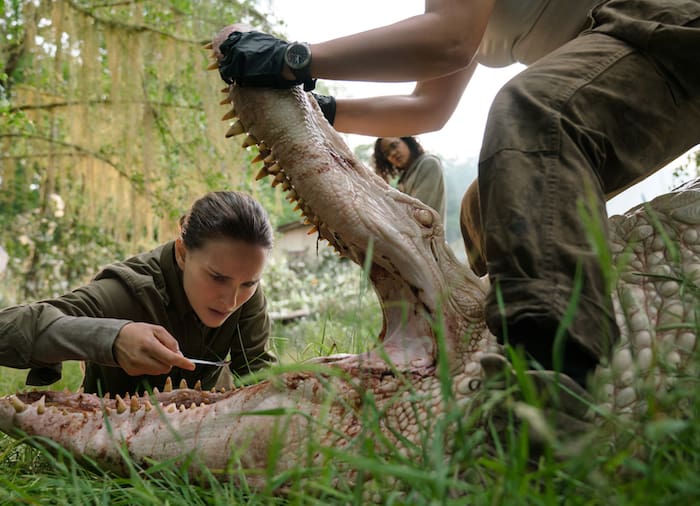 I say this with no hyperbole, give Alex Garland a blank check to make whatever mindbending, sci-fi horror he wants because every time it’s a challenging exercise cut of high concept genre cinema. A visual tour-de-force that probes the enigmas of self and biology with hair raising tension and eye-opening wonder, the injustice of Annihilation’s poor box office performance I have yet to forgive.

Sandi Tan’s testament to the resourceful spirit of independent filmmaking plays a bit like a post-mortem of a beloved mentorship, a journey of an artist’s self-discovery, an extensive therapy session, a globetrotting mystery, and a behind the scenes documentary to a nonexistent film all rolled into one spectacular package. Bursting at the seams with a dynamic presentation and an engrossing layered narrative of creative ambition, Shirkers proclaims Tan’s talent and resilience like no other “first feature” this year. 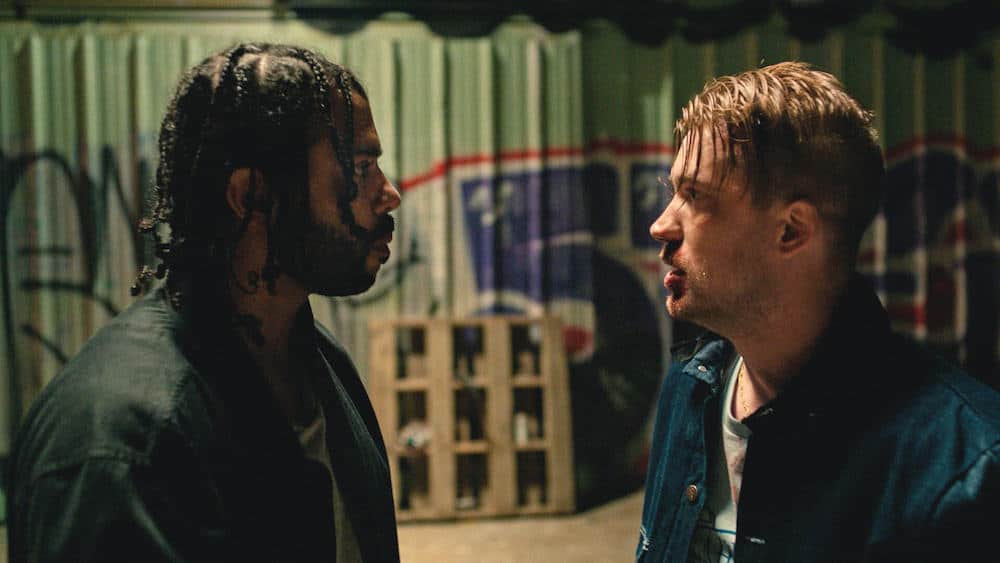 This tale of a belabored friendship in light of a rapidly gentrifying, racially strained Oakland hit me harder than I expected, but the tonal balancing act of tragicomedy pulled off by stars Diggs and Casal and director Estrada is truly something to marvel at. A film that practically announces its urgency through its riveting characters and whip smart script, the shifting emotional journey I went through watching this tight character piece really makes its overlooking this year plain unacceptable in my eyes. 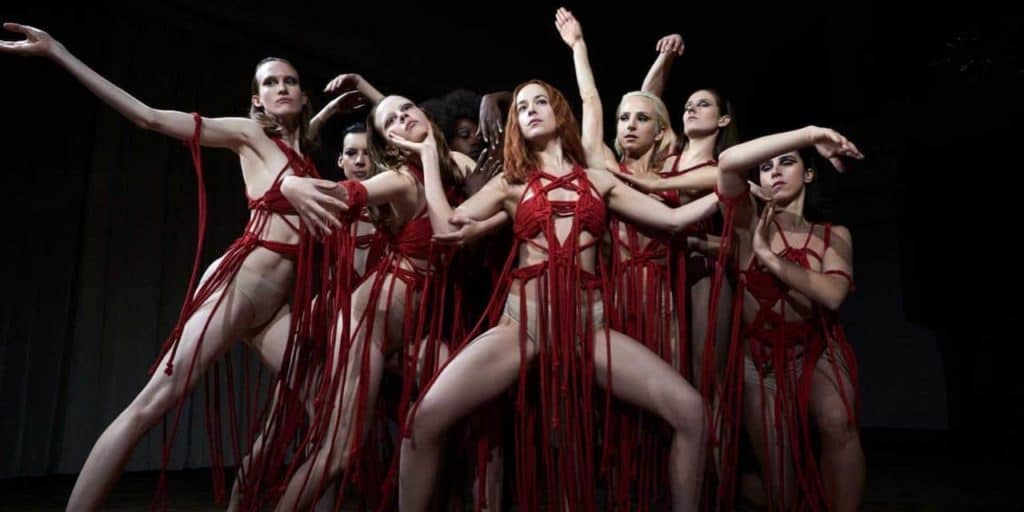 As someone who holds the original Argento version in high-esteem and despises the ever present trend of remakes for their own sake, I was taken aback by how transportive Guadagnino’s bleak, sprawling retelling of Suspiria turned out to be. A film that is begging to be analyzed and picked apart by humanities majors for its endless potential thematic readings, a strong cast and an overpowering atmosphere of dread and intrigue make this a three hours you’ll barely notice fly by. 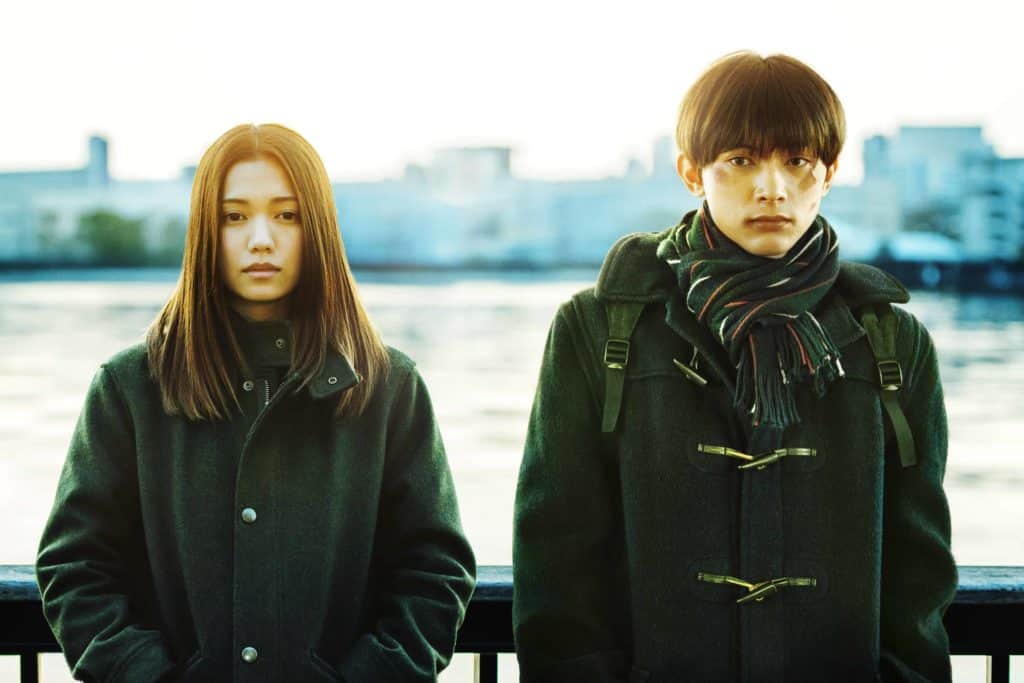 If I didn’t tell you Isao Yukisada was once Shunji Iwai’s assistant director, one view of his arresting vision of aimless youth’s preponderance for cruelty could easily convince you. Based on the acclaimed manga by Kyoko Okazaki, River’s Edge is the teen outcast film retold with expressive documentary style and an overpowering sense of empathy for its doomed cast of brutish kids poignantly working out their angst in the most self-destructive ways possible. 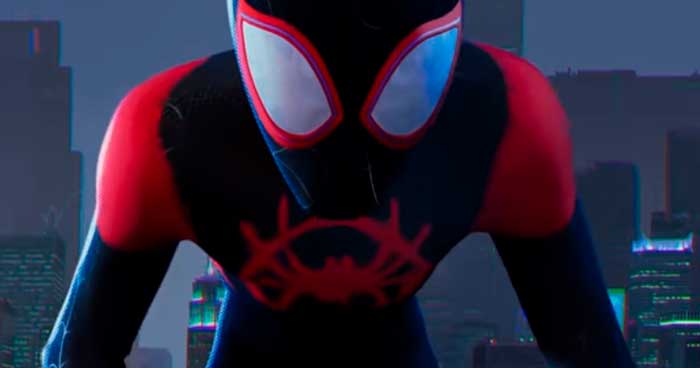 6. Spider-Man: Into the Spider-Verse

Unrelenting candy for the eyes + jaw-dropping, Innovative animation using the medium to its fullest potential + unanimously excellent voice performances + a script overflowing with more jokes than can register on one viewing = the greatest animated film this year. In all its visual splendor and sensory overload, It is as if Masaaki Yuasa directed a spider-man film and I am fully here for whatever direction Sony Animation takes this. 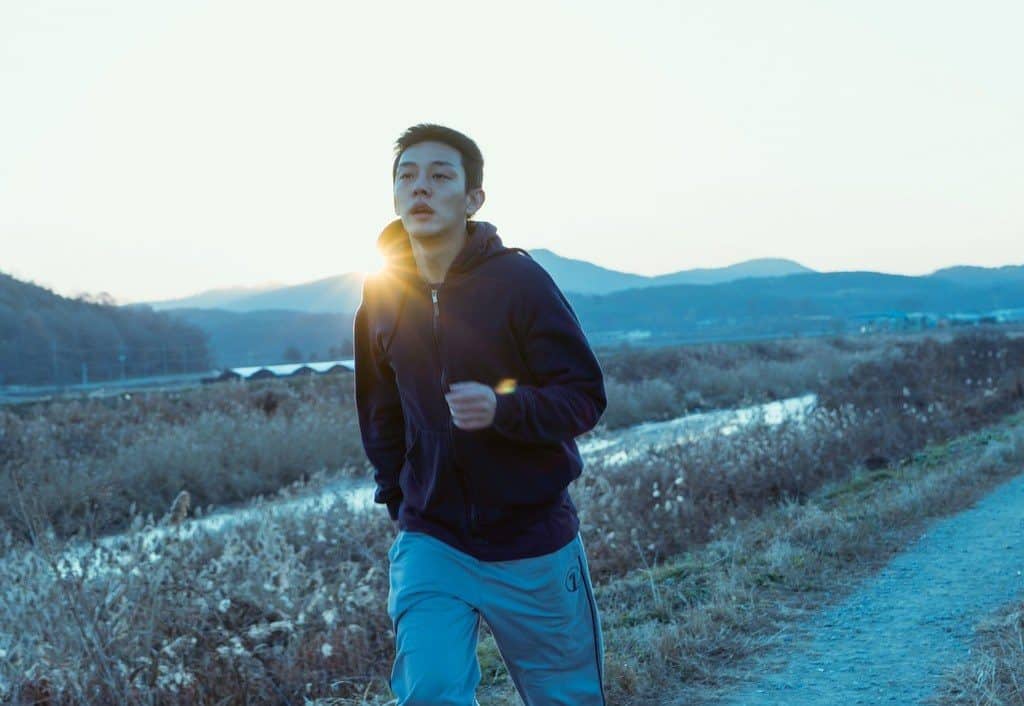 Poetic doesn’t come close to covering Lee-Chang Dong’s enigmatic Burning, but it’s a good place to start as any. An affecting portrait of youthful apathy and complacency in an economically shifting Korea crossed with the loosest of psychological thriller structures, grappling with this film’s lyrical beauty, gorgeous cinematography, and subdued sense of mystery stemming from Chang-dong’s gripping directorial control was one of my favorite experiences in the theater this year. 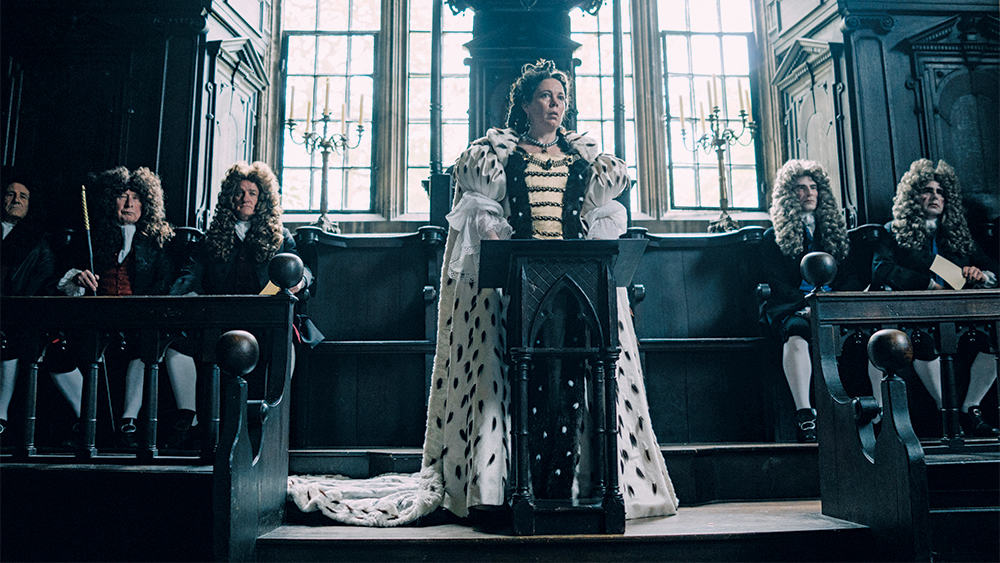 It might have taken the disturbing and dispassionate mindset of Greek provocateur Yorgos Lanthimos to make me care about the selfish pursuits of British monarchy, but The Favourite’s striking, uproarious depiction of the clandestine sexual power struggle surrounding the throne was too devious to pass on. With the director expanding his visual language with Kubrickian swagger and a cast with unforgettable performance after unforgettable performance, The Favourite may be the most accessible of Lanthimos’ ouevre but even the veneer of a stuffy historical drama couldn’t keep this from being unsettling.

3. You Were Never Really Here

Maybe it’s because the unflappable directorial talent of Lynne Ramsay only gets to shine every seven years or so, but the oppressive You Were Never Really Here is the kind of taut, tense thriller that demands to be noticed in all its visual and emotional splendor. While the centering and fragile performance of Joaquin Phoenix cements him as a continuing gift to arthouse cinema, the brutal, redemptive trials of Joe are told with such pronounced, evocative force by Ramsay that the film is bound to be considered a masterpiece in relatively short time.

Any film that is able to genuinely recreate the raw shock of the Psycho shower scene in the year 2018 is enough to guarantee a place on my list, but the fact that this initial gutpunch led to a blood-freezing tale of generational madness and cultish intrigue sealed the deal. Ari Aster’s debut (!) is a commanding statement of a horror film that overwhelms the senses and refuses to leave you after it has firmly embedded itself under your skin. Give Toni Collette the Oscar. 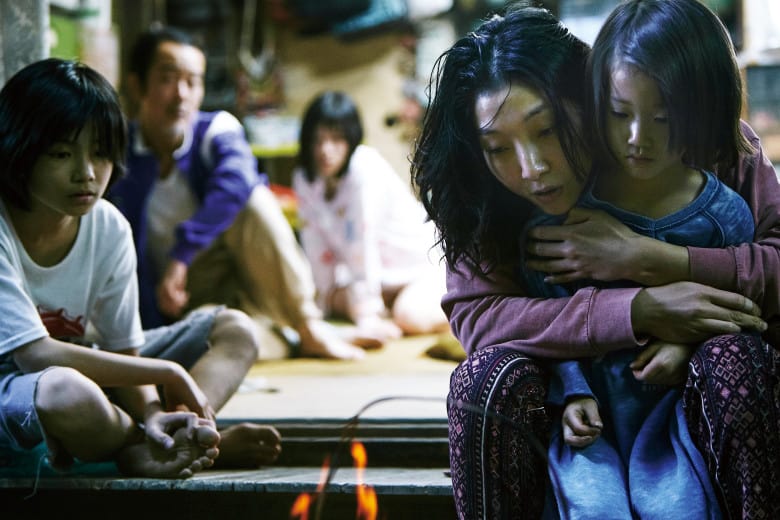 Kore-eda’s Shoplifters, a simple yet elegant portrait of the resilient spirit of a makeshift family living in poverty, rightfully won the unflinching humanist director the Palme d’Or at this year’s Cannes. My favorite ensemble of the year in a year of ridiculously strong casts and chemistry, Shoplifters is Kore-eda inching ever closer to the invigorating and contemplative social consciousness of Ozu before him, dramatizing the day to day struggles of a family trying their hardest to keep it together with care and love that you can feel in every achingly beautiful shot. With his latest, Kore-eda cements himself as the preeminent voice of the family in cinema.