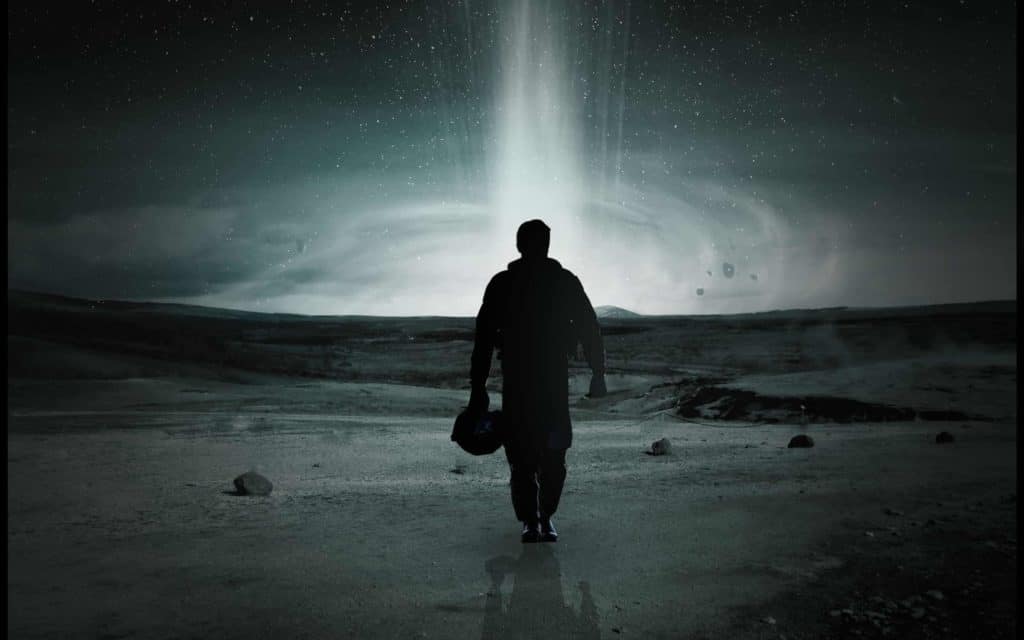 Here’s the new trailer, which was shown at Comic-con earlier this week:

When a wormhole (which hypothetically connects widely-separated regions of spacetime) is newly discovered, a team of explorers and scientists embark on a voyage through it to transcend previous limitations on human space travel.