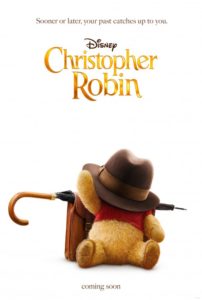 The collective nostalgiagasm in the wake of Disney releasing the trailer to Marc Forster’s Christopher Robin was an unprecedented happening that reduced many a film critic and fan alike into a blubbering mess of sentimentality.

Continuing the company’s latest release cycle of shaking the dust off classic intellectual properties with hefty doses of flesh-and-blood humans and the highest grade of computer-graphic animation, the stuffed denizens of the Hundred Acre Wood were trotted out and fitted with huggably lifelike fur, wool and felt textures to zero in on our nostalgia, when we are most vulnerable and in need of a childhood throwback.

The reaction was immediately positive to this extension of the Winnie the Pooh franchise, one that sees the aged Christopher Robin – beaten down by the responsibilities of an adult living in post-war Britain – retreating into the innocence of his childhood fantasy world. But, in practice, the film itself lacks the emotional wallop of the condensed trailer. Even with four decades of goodwill wrapped up in these characters, the most that their live-action resurrection can aspire to is a dry repackaging of the “adults forgot what it is like to be a kid” moral.

Christopher Robin has bid farewell to his friends and left the Hundred Acre Wood for the real world, which – gradually through a series of life experiences (the authoritarian boarding school, the loss of loved ones, serving in WW2(!), marrying and fathering a child) – pushes out all the imagination he cultivated while playing with his magical stuffed animals. The adult Christopher (a boyish and game-for-it Ewan McGregor) is the antithesis of his childlike form: all work, no play, throwing himself into the corporate world at the expense of his wife (Hayley Atwell) and daughter’s (Bronte Carmichael) happiness all while claiming he works in the name of the family’s well-being.

Concurrently, Winnie the Pooh, off in his own mystical world through a door in a tree trunk, has lost all his friends and crosses over into the real world seeking aid from his long-lost best friend to find them all. What follows is a predictable fish-out-of-water story as the warming charms of Winnie the Pooh melt away the cynical shell of the adult Robin, and we engage in a nostalgic trip down memory lane to recover what he once gave up when he left the Hundred Acre Wood.

For his part, behind the camera, Forster is a master manipulator when it comes emotional visuals as he displays an uncanny ability to present the Hundred Acre Wood in this idyllic haze. Pictorially, it is Hallmark-postcard film-making whose beautiful, pastoral eloquence contrasts perfectly with his gloomy, stale rendering of London and the “adult world.”

No less manipulative is the distracting softness of the tactile animation used to create the characters, who (while I thought initially looked unnatural and monstrous) move so naturally and attentively that you would absolutely believe Ewan McGregor is actually hugging that stuffed bear instead of the stick with tennis ball on it or whatever they used to perfect the CGI mapping. 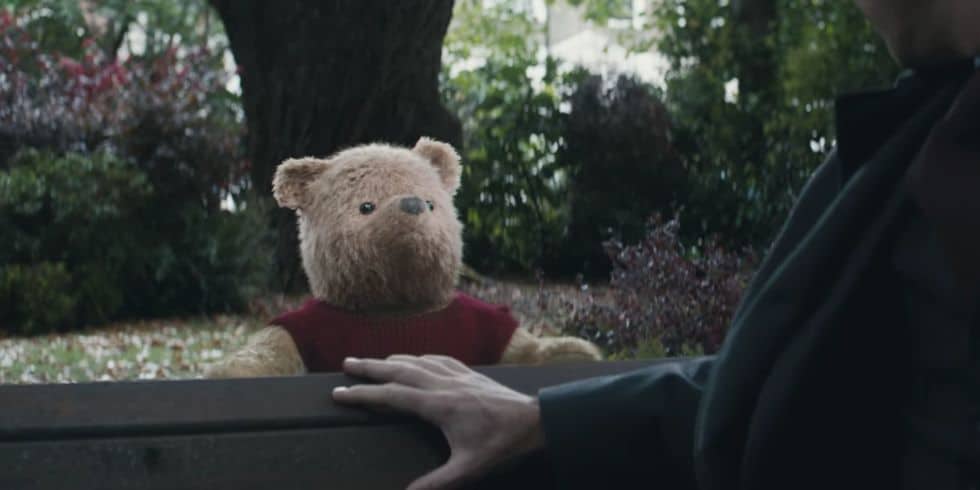 It is unsurprising to be reminded that Forster previously worked his magic on the Academy Award-nominated Finding Neverland because he displays the same aptitude for soft, alluring visual splendour here as he did there. Much like the warm, sticky snack Pooh consumes, Christopher Robin is like honey for the eyes.

That’s all well and good for the kids in the audience, who we know won’t have much use for the adult-centric narrative and just want to stare at storybook pictures on the big screen, but for the rest of us, Christopher Robin wades into shallow waters extolling the virtues of childhood in the most rote way it can. Ostensibly, it follows the exact same schema as Steven Spielberg’s Hook, wherein the neglectful husband/father rediscovers his lost childhood wonder through the assistance of his former playmates to prevent his stern adult years from negatively impacting his own children’s juvenescence.

Adding the ever-humorous musings of Winnie the Pooh and his jumbled manner of parsing the world and the timeless characterizations of AA Milne’s creations (with special consideration given to Jim Cummings’ faithful handling of the voice roles for Pooh and Tigger) does little for the script’s recycling of platitudes about getting out and enjoying life before it is too late. Robin is more of a caricature of the neglectful busybody, who seems to flip between his working-stiff rigidity and his childlike whimsy whenever the script calls for it and makes his ultimate transformation into a playtime loving manchild all the more artificial feeling. 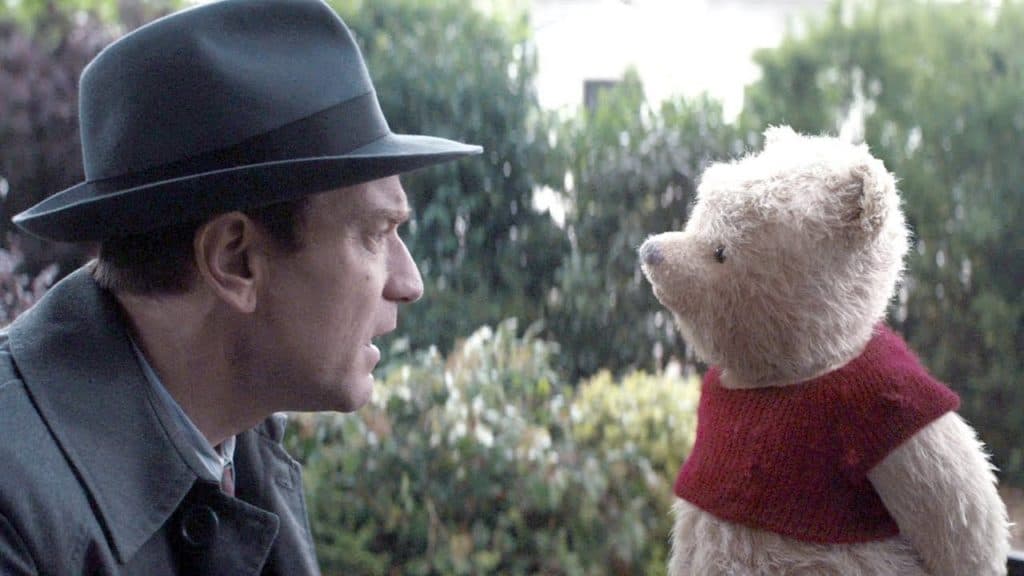 There is just something missing here that would make Christopher Robin worth the Disney-prescribed injection of medicinal nostalgia for trying times. Bringing back these characters, whose previous theatrical attempt in 2011 was purposefully poorly released so the company could justify abandoning hand-drawn animation for full CGI production, is always welcome, and there is a hefty amount of charm peeking just below the dry, predictable surface.

Perhaps I am the cynical one for sighing at yet another story of an adult rediscovering his sense of childlike wonder, but I need more than some beloved characters gussied up with CGI to make that premise feel fresh again. And with the trailers for the live-action Dumbo and Mary Poppins sequels preceding my screening, I don’t think I am going to get it anytime soon.