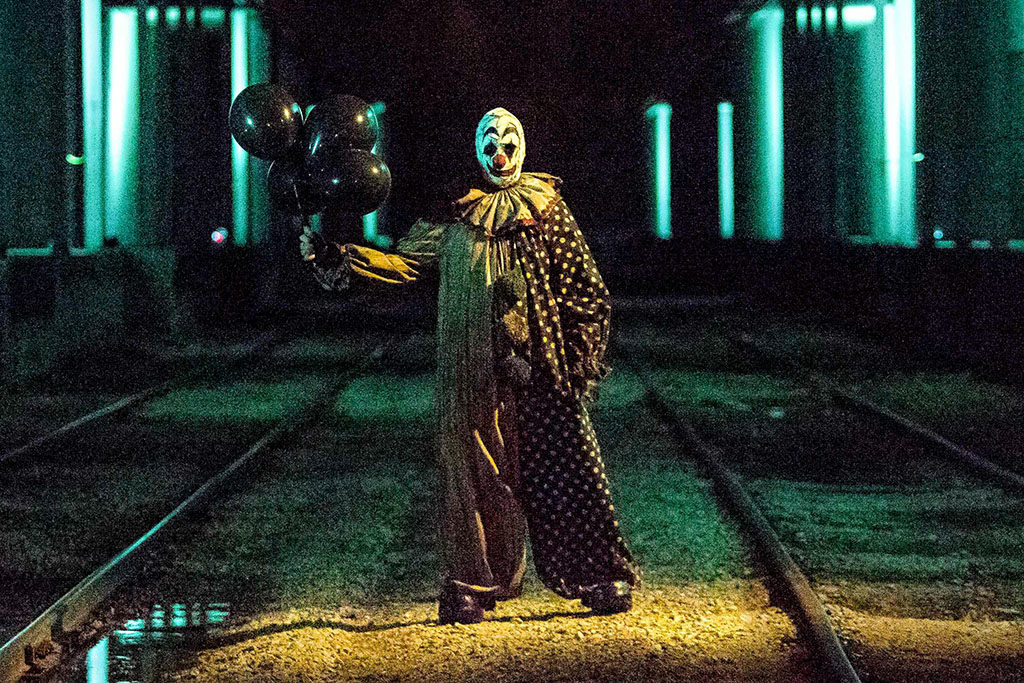 This is a repost of our review from Cinepocalypse 2018. Gags The Clown will be on VOD platforms tomorrow (September 3).

Remember a couple years ago when there was news of a mysterious person dressed in a clown suit and creeping around Green Bay at night? Well, that was a very clever marketing stunt perpetuated by director Adam Krause for his short film Gags, in which a demonic clown stalks and kills random people around town. Now, Krause has developed his short film into a feature, but does the movie live up to the hype of its intriguing marketing?

Nope. Gags is a bog-standard, found-footage horror film, checking all the boxes of the various insufferable tropes in the genre, never bringing anything new or exciting to the table. Taking place over the course of one night, the film follows several groups of idiots as they drive around Green Bay, their fates unknowingly in the hands of Gags The Clown.

One such group is that of the douchebag teens, one of whom dresses up like a clown himself in order to cash in on the lolz from scaring people into thinking they are being stalked by the real Gags. His buddy – the mastermind behind the prank, or social experiment as the kids call it these days – is a next-level type of asshole, one that viewers will be eagerly anticipating to see his demise. 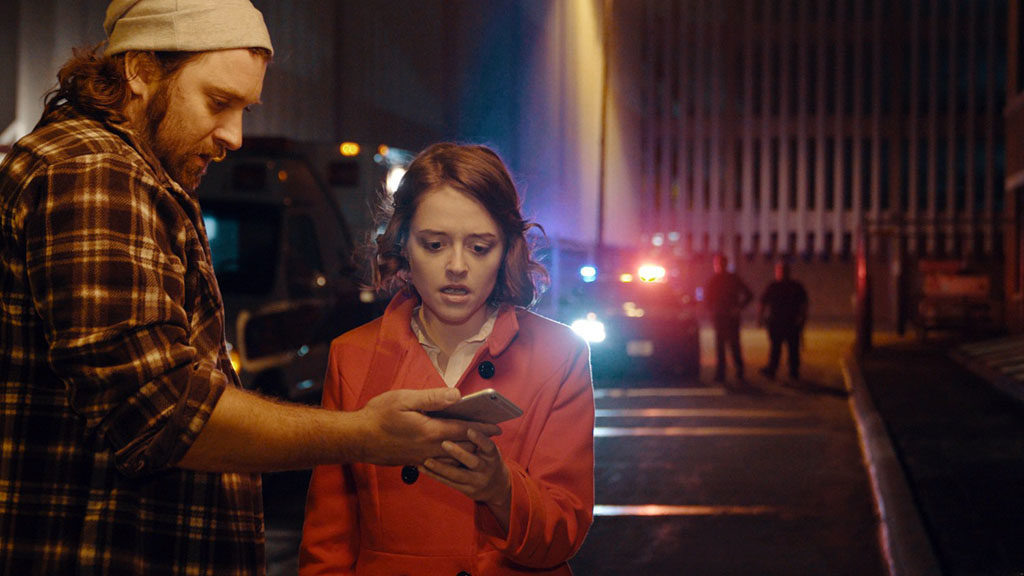 Then there’s the right-wing podcaster, Charles Wright, a gun-toting Alex Jones wannabe who decides to take the law into his own hands and hunt down and kill Gags himself. Of course at this point people only know Gags for just standing around doing nothing. Now Charles publicly announces he’s going to hunt down and murder a man, so one would think he’d be arrested, but no.

Finally there are the police and the news reporters, all driving around trying to find Gags or Charles Wright. Both are completely uninteresting and simply act as caricatures of their respective professions.

Because the poor decision was made to tell this story in a found-footage format, we see the film through various handheld and mounted security cameras, none of which for a moment look authentic. Some shots are completely illogical in their placement and reason for being, especially in the final act, which largely takes place in an abandoned factory. Also, who edited all of this footage together and why would they add loud sound effects and music? 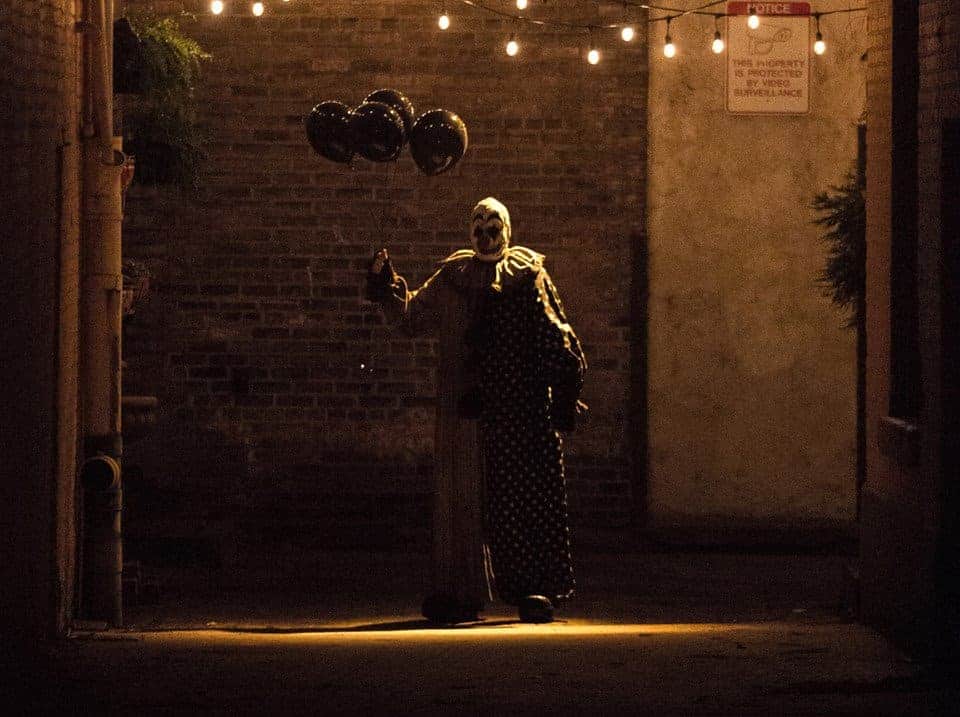 Unsurprisingly – lo and behold – every time something scary is about to happen the video starts glitching out like crazy, no matter what type of camera is being used, to capture the action, so we never really get to see what’s going on. It’s another lazy, found-footage trope that adds nothing to the atmosphere of the film and only frustrates the viewer.

Sometimes, in horror movies, what you don’t see provides the greatest amount of horror; your mind wanders, and the images your brain creates prove to be the scarier than something visible on screen, but that isn’t the case with digital distortion. Instead of your mind filling in the blanks of what’s happening off camera, you’re just left feeling cheated out of what could have been a genuinely creepy moment. Every single encounter with Gags ended up like this, save for one or two moments near the end, which proved to be the best parts of the film.

There appears to be a bit of social commentary at play in Gags, but, like the found-footage genre, these themes feel played-out and come several years too late. Gags goes viral on the internet, and everyone is trying to get a peak at him to post on social media or to use his appearance to further their own social media presence. Linking this narrative device to the real-life Gags story is clever, but it doesn’t say anything we haven’t heard a million times over, and more importantly, it doesn’t say it in an entertaining way.

Gags is disappointing not because the performances are atrocious (they are) or because the story is generic (it is) but because there’s a seed of a good movie here that had the potential to be rife with meta humor due to the real-life story and a decent amount of scares. Instead it just opts for another poorly executed, found-footage movie that adds to an already-overflowing pile of forgettable titles just like it.