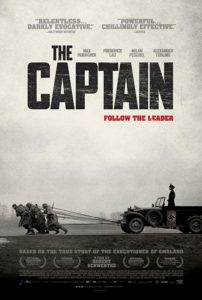 This is a repost of our review from Cinepocalypse 2018, The Captain opens in New York Friday.

Germany. 1945. It’s two weeks before the end of the war, and a young private, Willi Herold, is fleeing for his life as his fellow soldiers attempt to gun him down for being a deserter. After losing them in the forest and having a violent altercation involving another deserter and the residents of a nearby farmhouse, he comes out to a road where he finds an abandoned military vehicle containing a Nazi captain’s uniform.

He puts it on – first out of self preservation, a concept that will fuel a number of Willi’s decisions – because his own uniform is tattered and worn, but then he begins to fantasize what it would be like living as a captain. After a few moments another Nazi soldier stumbles upon him, believing that he’s an actual captain, telling him he was separated from his unit and requests he be allowed to attach to the captain.

From that moment, Private Herold is no more and the persona of Captain Herold is born. This is how Robert Schwentke’s stark, beautiful, deranged film The Captain begins, by hooking the audience from its first thrilling moments and laying the groundwork for this unbelievable true story before dropping the title card a glorious 24 minutes into the film.

Willi Herold is an inherently fascinating character to explore, as one can never be sure what kind of person is truly behind the facade. At first, he’s simply a coward, doing everything within his power to survive the dire situation he finds himself in. After putting on the uniform, however, we discover he’s a master manipulator, one whose intentions begin to become murky. 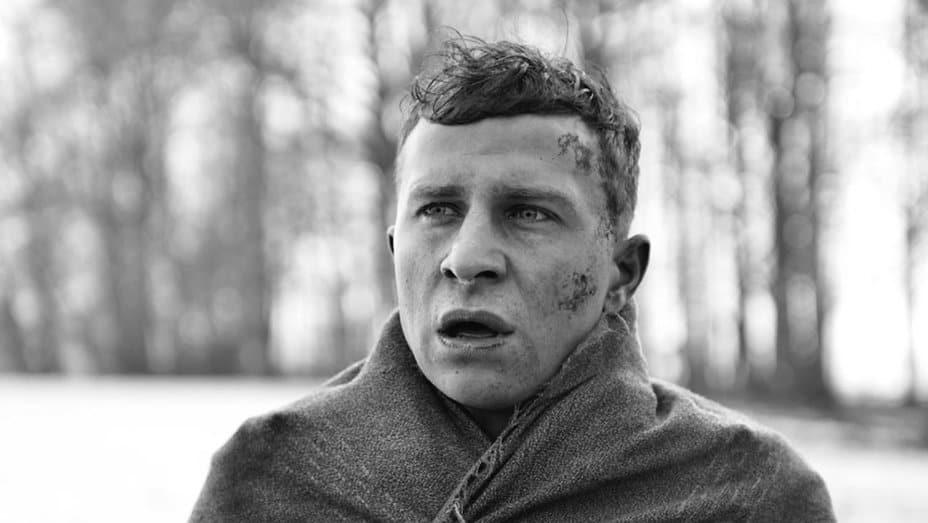 Whether he becomes drunk with power or if he was always a sociopath is difficult to decipher. He’s the textbook definition of confidence man, fooling even the highest-ranking officials in the Gestapo into thinking that somehow this 20-year-old soldier was actually a captain. Crazier still are some of the insane orders he gives, with his subordinates blindly carrying them out. After picking up one soldier for his outfit, he eventually snatches up a few more men, all deplorable soldiers who are most likely opportunistic deserters like himself.

He and his scrappy crew of degenerates then get stopped by the military police and, after smooth-talking the MP’s captain, they’re escorted to the last prison camp left in Germany, designed to hold German deserters and criminals. Here, through his cunning lies, Willi is able to essentially take over the prison, convincing all those in power that he’s the lead on a special mission from Hitler himself to report back on the situation at the front line. 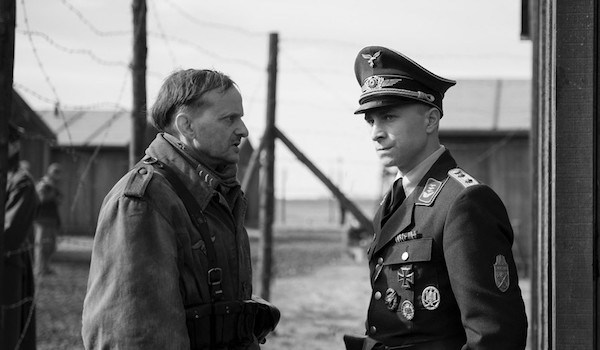 Shot in gorgeous black and white, Schwentke takes an almost darkly comedic tone with The Captain, fully capitalizing on the surreal nature of the story, though he never downplays the atrocities that occur on screen. It’s a shocking film with people doing absolutely abhorrent acts, but the few moments of respite are very much earned and add to the film’s irreverent style.

Utterly enthralling from minute one, The Captain is a wild ride with an incredibly bonkers end-credit sequence and, though a difficult watch at times, is well worth a look.