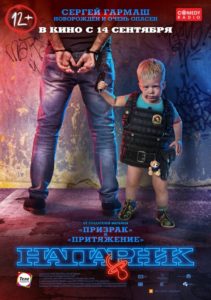 The Cop Baby is screening at Cinepocalypse in Chicago this week.

Russia has been making a habit of delivering us Westerners some crazy, odd and sometimes downright frightening content as of late, from its plethora of dashcam footage to its election meddling and accompanying pro-Trump media propaganda, there’s never a shortage of Soviet zaniess to go around. Now, aiming to take wacky Russian antics to a new level, comes Alexander Andryuschenko’s The Cop Baby, a film whose title says it all.

Mixing live action with CG that treads deep into the uncanny valley, The Cop Baby stars Sergey Garmash as Hromov, a grizzled undercover cop. After spending a year in prison posing as a crime boss, he is up for parole, where he meets a young pregnant woman, Katya (Elizaveta Arzamasova). Inexplicably, he insults her husband, calling him a “loser,” but he is paroled anyway

Said loser husband, Oleg (Andrey Nazimov), works as an environmental police officer who happens to see Hromov run over some flowers during his undercover operation to bring down The Dragon, a shadowy Triad boss running drugs. When Oleg stops the car and grills the men about the flower death, The Dragon’s goons get spooked, and Hromov ends up getting shot.

I forgot to mention, before Hromov went into this mission, he stopped by an old fortune teller’s office to grab some police gadgets he had been stashing. There, the fortune teller places a curse on him for being mean to the parole officer. Why she found it necessary to curse him for that or why his stuff was there in the first place is left to the imagination.

Flash forward a year later and we learn that, when Hromov got shot, a (classic?) body switch took place, where his mind is now in the mind of Katya’s baby, and the baby’s mind is in Hromov’s body, which is still in the hospital due to the shooting.

He still has his same deep baritone voice and eventually reveals himself to Oleg, who agrees to help him get his body back. To make matters more ridiculous, upon returning to the fortune teller, she tells them the only way to reverse the spell is to have Hromov touch his pinky finger to his worst enemy. Now, Hromov, as the cop baby, must partner up with Oleg to bring down The Dragon. But is The Dragon his real worst enemy? 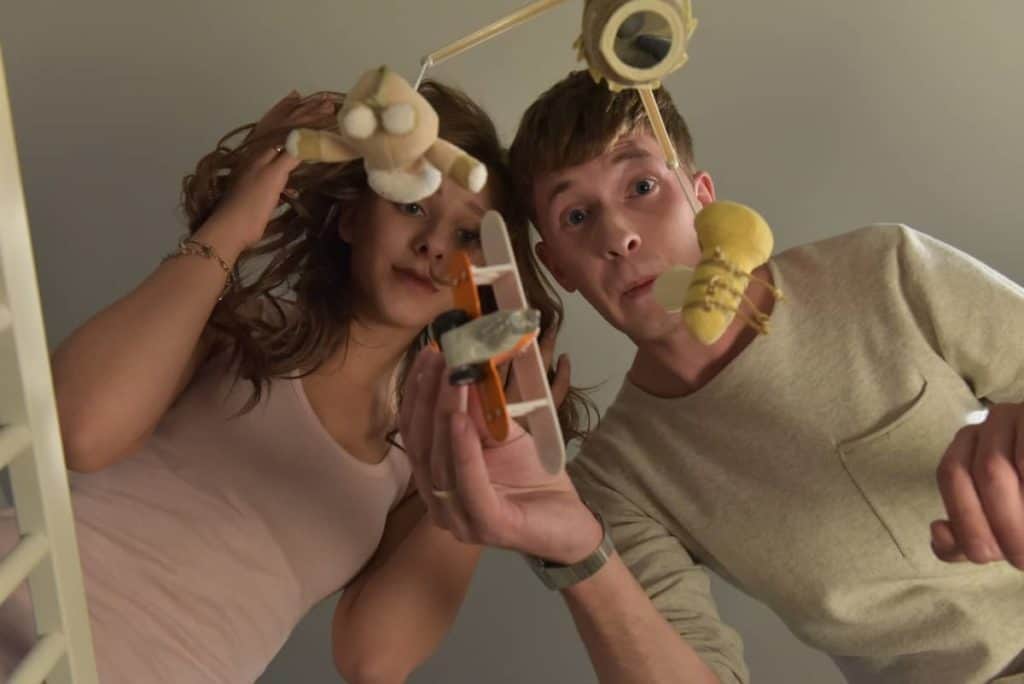 Stupid, predictable and utterly nonsensical, The Cop Baby is only somewhat more astute at being an actual movie than any of the other live-action/CG hybrids we’ve seen in the States over the years. This film is decidedly more adult, with Hromov occasionally throwing out a swear here and there, but it doesn’t fully capitalize on the idea that a hardened detective is now a baby. The action sequences are tame, and the plot is way more pedestrian than it should have been, given the cheesy gold mine from where the filmmakers could have pulled.

The basis for this body switch in and of itself makes no sense- if the fortune teller is punishing Hromov for being mean to Katya, why would she put him in Katya’s baby? Is that not, in many ways, a bigger punishment for her and for the baby? Having her baby’s mind torn from its body and forced into an old man?

The film isn’t without its entertaining moments, however, especially in the early moments of Hromov’s time as a baby. What helps is the very excellent CG work on the baby, which sometimes appears to use the actual body of a toddler while motion-capturing the facial movements of Garmash. Most of the time it just looks creepy, but it’s still very well executed and adds to the masochistic joy some will gleem from this film.

The Copy Baby is the type of movie that has the potential to lean heavily toward either a sardonic cult hit or a tepid waste of an opportunity, and unfortunately it falls into the latter category. No doubt some will have fun with its PG-13 take on what is typically designed as a family film, but with its eye-rolling conclusion. it doesn’t do much to differentiate itself from those anyway.