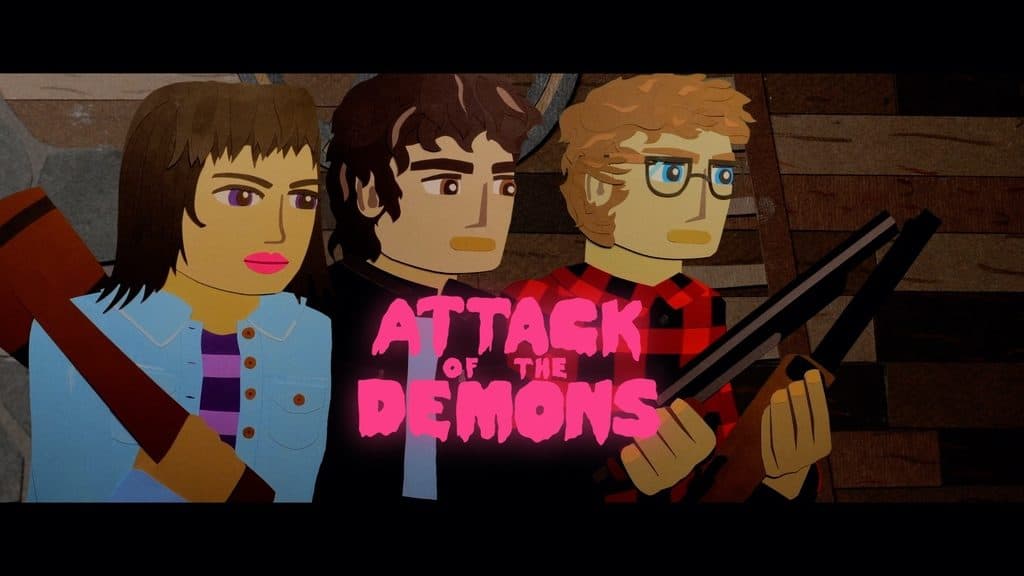 This is a repost of our review from Cinepocalypse 2019. Attack of the Demons will be available on VOD platforms October 30th.

Within the first few minutes of Eric Power’s wonderfully animated horror film, Attack of the Demons, I felt like I was enjoying a cut scene from some kind of lovingly crafted indie game, like Oxenfree or Night in the Woods. The construction-paper-style animation may be the highlight, but the fully realized town and likable cast of central characters make this a fun nightmare you should seek out.

Taking place in the mid-nineties in a small Colorado town, the film involves three acquaintances from high school who are reunited when the town puts on its giant Halloween bash. Unbeknownst to them, however, an evil presence is in the town and sets forth a demon plague, turning all those exposed to it into hideous creatures of darkness. 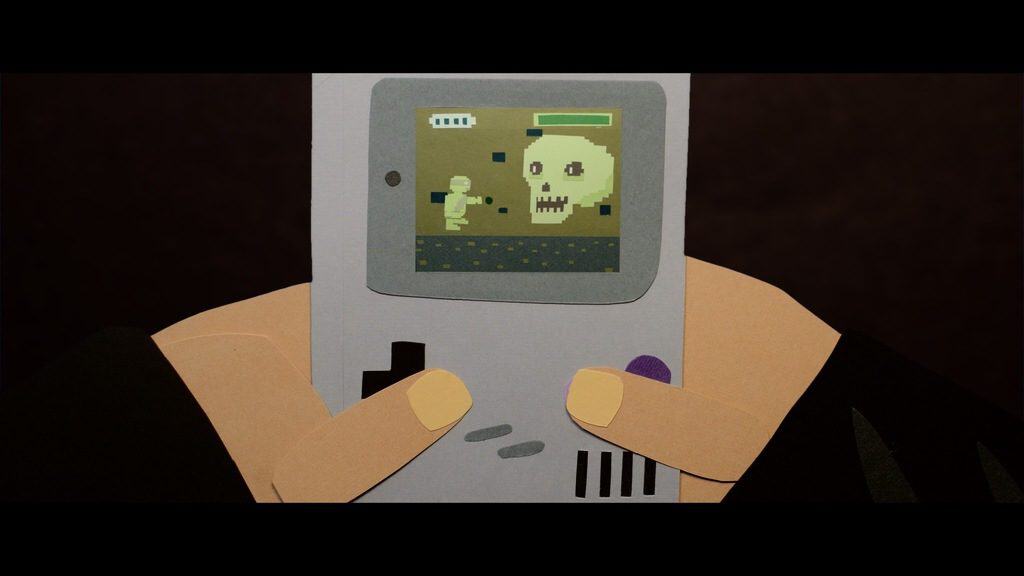 Brimming with creativity, Attack of the Demons presents itself as a classic teen horror film, but it’s the meticulous animation that sets it apart from just another story about a small town under siege by demonic forces. Using brightly colored construction paper, Power’s team’s utilization of the medium gives the original South Park style (before the show switched to computers) a run for its money with the amount of detail brought to the screen in every sequence.

The creatures are gross and horrifying, like in Carpenter’s The Thing or Stuart Gordon’s From Beyond, only with more brightly colored ooze coming out of it. Each monster being a mutated version of its host, be it a human or some of the local wildlife, has a completely different look, with its own unique methods of attacking unsuspecting prey. 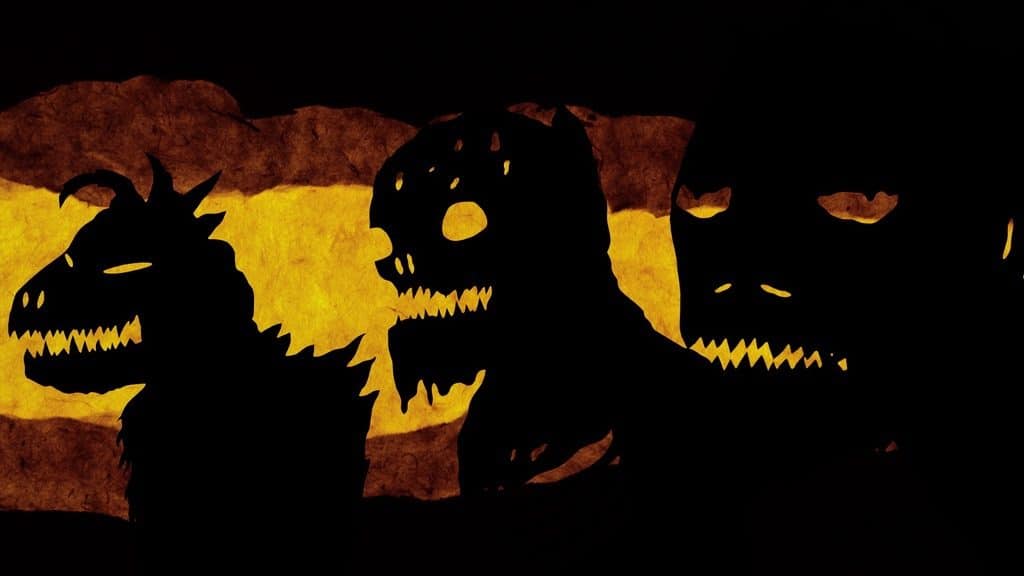 After a cold open, where we see a robed cultist beginning his ritual of summoning Armageddon, we’re introduced to the first protagonist, Kevin, a movie lover who never made it out of the sleepy town. He then meets up with Jeff, a video game fanatic who recently came back to town, and Natalie, whose preferred artform is music. She grew up in the town but moved out after graduating and came back for the Halloween celebration with her music-journalist boyfriend, who is there writing a piece on the bands performing.

All three characters are likable and well developed, but the dialogue is hit or miss. The voice acting is shaky at times, and the script is barebones; but despite this, there’s an undeniable charm about the story. 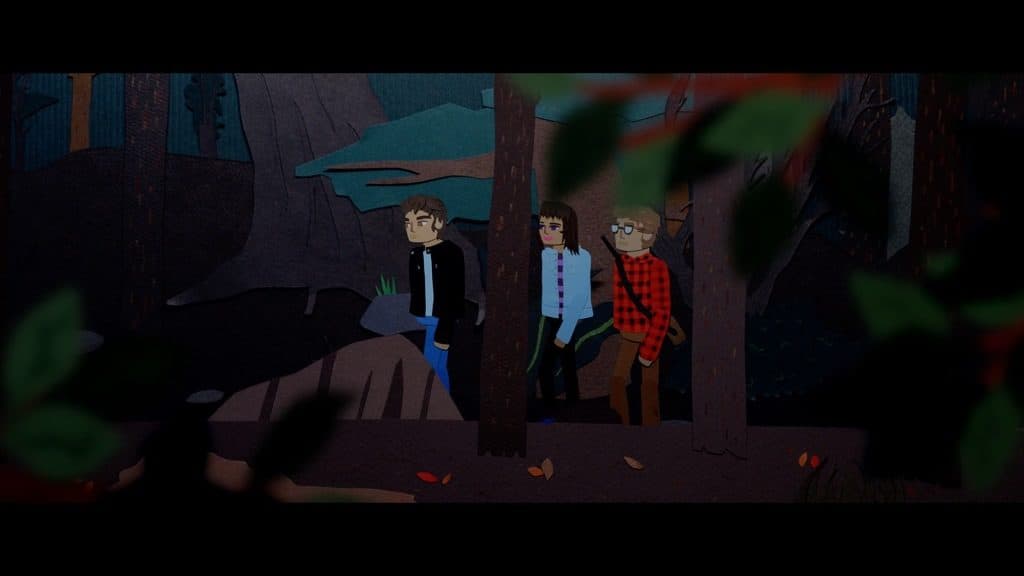 It’s within the characters — their awkward interactions with one another and their strong adoration for their chosen artforms — that initially reminded me of Oxenfree. This, coupled with the small town aesthetic and nostalgic nineties vibe, helps make up for some of the film’s lesser qualities.