This is a repost of our review from Cinepocalypse 2019. Villains opens in theaters Friday.

Bolstered by its eclectic cast, comedic thriller Villains from Dan Berk and Robert Olsen tells a twisted tale about two petty criminals who break into the wrong house while making their way to glorious Florida.

The film opens with a Pulp Fiction-esque robbery of a gas station, where we meet Mickey and Jules, played by Bill Skarsgård and Maika Monroe. High off their recent crime (and a pharmacy’s worth of other drugs), the two lovebirds ironically neglected to fill their getaway car with gas before committing their crime and quickly find themselves stranded in the middle of nowhere.

The cleverly written script by Berk and Olsen immediately displays comedy with a sharp edge, juxtaposing characters’ sappy quips with the dysfunctional lives they lead, a juxtaposition that proves to be the film’s main draw. 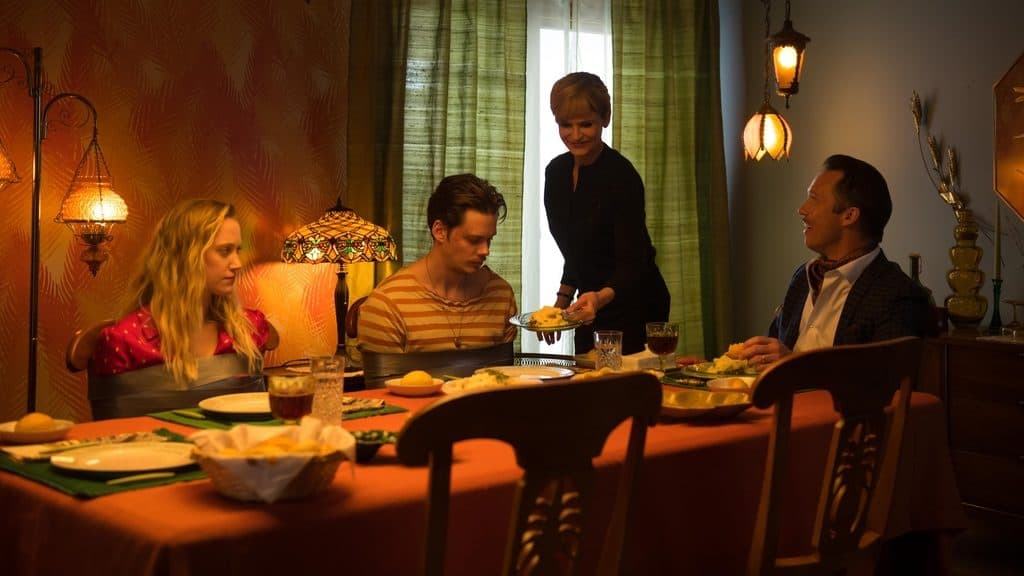 After searching the home for keys to a car parked in the garage, they decide to look for a gas can to siphon the tank, but after heading down to the basement, they discover a small girl chained to the floor. They decide to rescue her, but before they can execute their plan, the parents of the child return home and are none too pleased.

Jeffrey Donovan and Kyra Sedgwick play George and Gloria, a couple who, at first glance, look like subjects in a Norman Rockwell painting: perfectly groomed and sporting ’50s-style threads and each having a pleasant Southern draw. Their Leave it to Beaver attitude almost makes us forget there’s a little girl chained up in their basement. Almost.

It’s this quartet of characters that makes the film shine. Witnessing Skarsgård’s Mickey struggle to comprehend the batshit crazy that he’s got himself into is priceless, especially in a particularly steamy scene with him acting opposite a completely unhinged Sedgwick. This is certainly a role against type for her, and I am all for it. 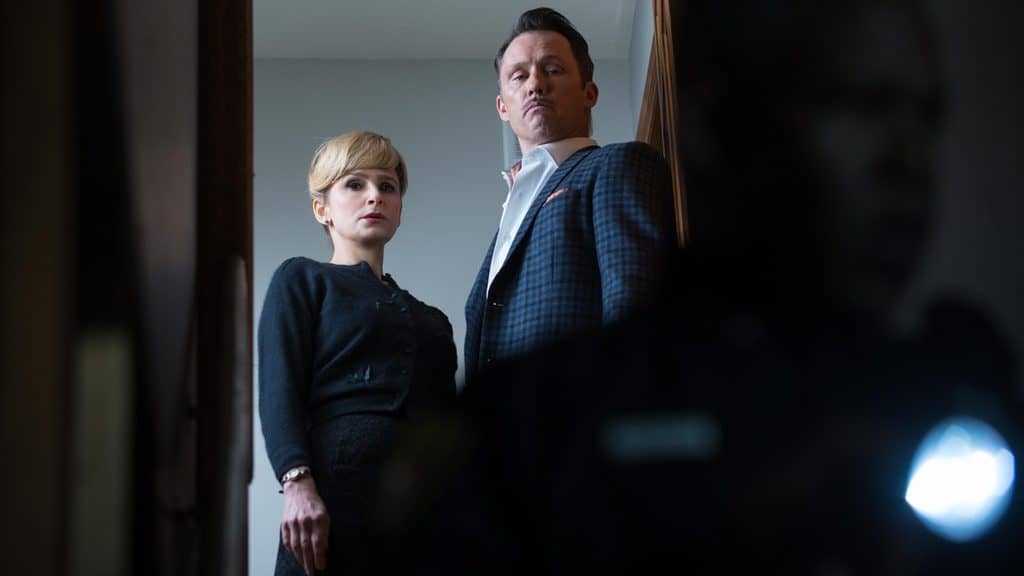 Likewise, Donovan’s twisted representation of a Southern gentleman in George is something to behold as he charms all of those around him, including the audience, which must struggle with hating this man. No one is innocent here, with both parties being villains in their own right; it’s just that one pair is far more villainous than the other.

The strong script and deliciously deranged performances, coupled with its intriguing premise, ultimately redeem the film from a disappointing ending that unfortunately doesn’t amount to much. Consistently subverting our expectations, Villains is a solid dark comedy that could have used a bit more depth, but it’s a wildly entertaining, nasty little film nonetheless.