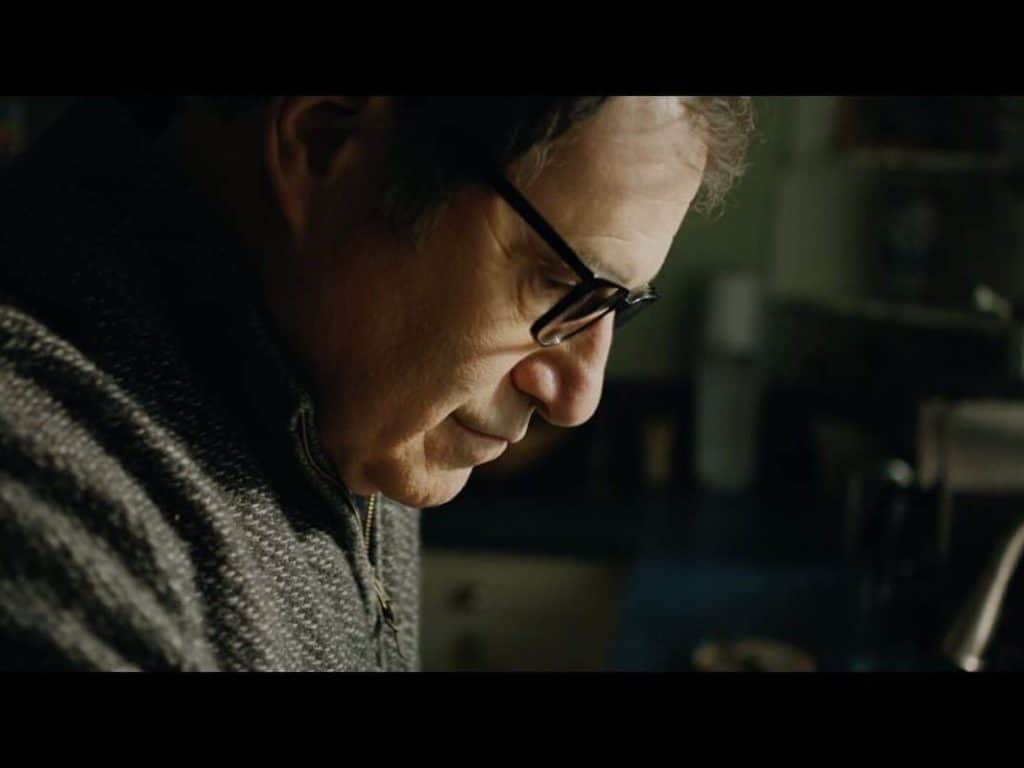 This is a repost of our review from Cinequest 2019, Auggie opens on Friday.

It is too easy and frankly unfair to compare the dry, lifeless, science-fiction romance Auggie with Spike Jonze’s Her, the same concept rendered with tact, beauty, eloquence and poignant resonation. For his directorial debut, actor Matt Kane picked a premise that’s been explored and done so efficiently the first time around that anything that follows in its path is rendered moot by comparison.

The wearer of these glasses and shorts is Felix (Richard Kind), an architect (an overused movie job that really sets a tone for the rest of Kane’s script treatment) who receives a pair of Auggie glasses upon his retirement. A relatively new technology in this “near future” we are led to believe, these glasses sync with “your neural network” or something pseudo-scientific like that and create a projection in your field of vision of what your subconscious would most like to see. 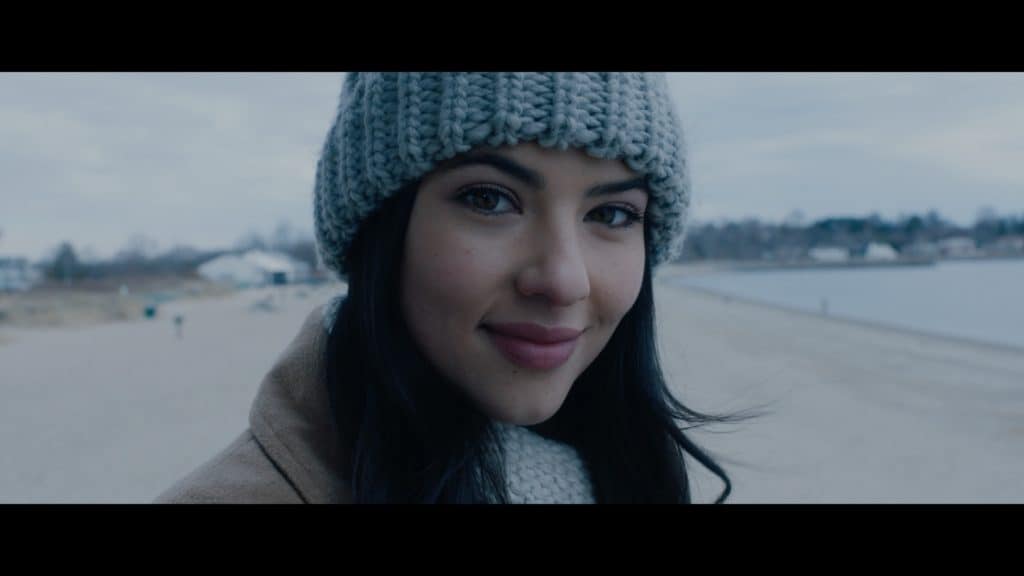 As he is acclimating poorly to the sedentary existence of retirement and with his wife (Susan Blackwell) experiencing a sudden career surge that takes up all of her time, Felix gets curious as one does and tries on the glasses…only to be confronted by a beautiful woman 30 years his junior (Christen Harper). The film’s narrative suggests this apparently lucrative and ubiquitous technology has administrative or personal assistant applications, but it seems disproportionately that it is exclusively used for artificial companionship and as masturbatory aid. This begs the very troubling question of why his coworkers would buy him one, knowing full well he is married, because (of course) this leads to his infidelity.

The presentation of this tech screams “this is all we could do with our budget” as Auggie, as she is called, is rendered exclusively in POV shots without any display, technological artifacting or acknowledgment that this is a hologram-like abstraction. When Felix puts on what look like standard prescription spectacles, we do hear an appreciated dubbed “activation” sound effect, but other than that the film really fails to sell us on this technology or make us believe the scenes are not just two-shot setups of Kind and Harper talking to one another.

This surface-level approach to its central technology is also present in the script’s treatment of his mounting infidelity, which is strangely played without dialogue or acknowledgement of its likelihood. Outside of one curt argument with his wife and a series of longing looks from a giggling Harper, there is nothing included in the plot to make you believe he is falling in love with his A.I. or why he would risk his homelife to pursue a relationship with it. It just kind of happens because the script dictates it so, and it feels every bit forced and awkward. 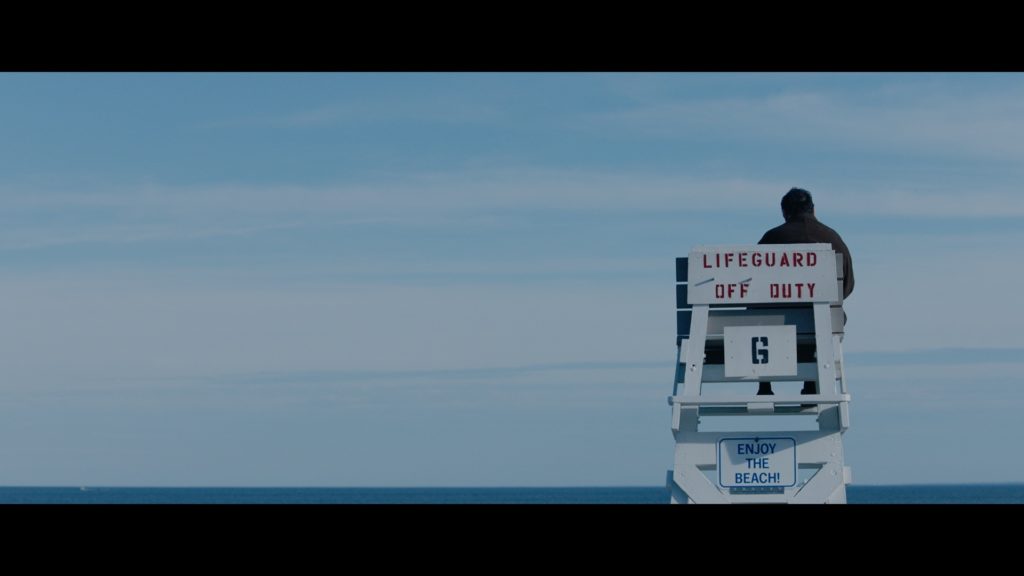 It’s indicative of his plain, drab-looking presentation throughout that the most engaging image he can muster is also its most unintentionally hilarious. As we are so disconnected from this character and his alleged struggle to keep his marriage together in light of his devoted A.I., these scenes that represent his giving into temptation feel so hollow and awkward, especially so when you consider how pseudo-serious Kane plays it.