Although The Toxic Avenger is by far Troma’s most popular franchise, this week we’ll be talking about my personal favorite of the Troma slate, Class of Nuke ‘Em High.  Admittedly I’ve only seen a fraction of their huge library of films, however none of them have a special place in my heart like the first Nuke ‘Em High.

Like many movie lovers of my generation, I would frequently spend my nights and weekends perusing the local video store in search of unknown cinematic treasures.  Although I knew about Troma and had seen the first two Toxic Avenger films, finding their releases was like finding a shit-covered diamond in rough.  Naturally, when I laid my eyes on the glorious box art for the Nuke ‘Em High VHS I knew I was in for a treat. 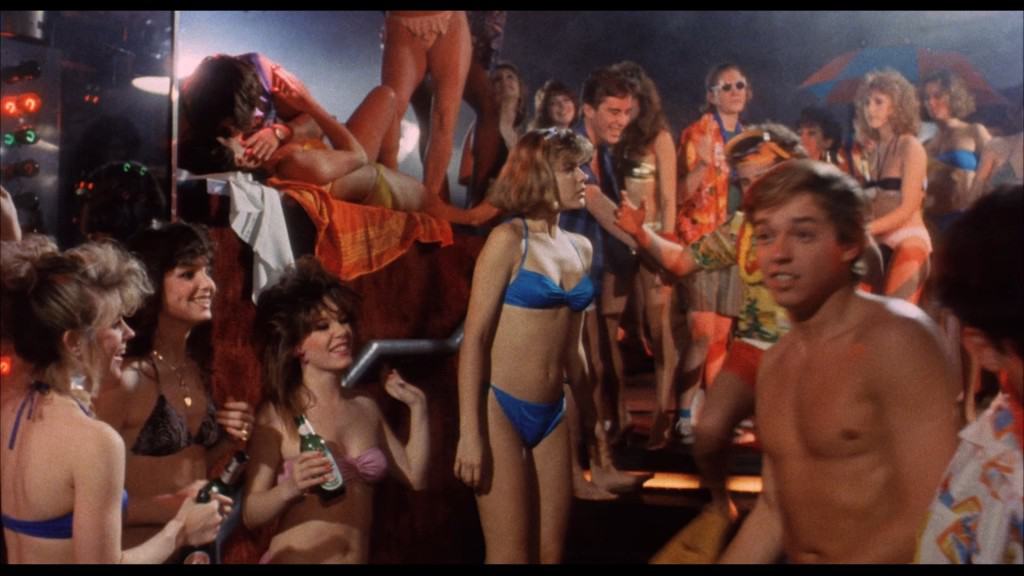 The film plays out exactly as you would expect if you’ve ever seen a Troma film before, specially the ones directed by Lloyd Kaufman.  The glorious 80s soundtrack is playing nearly non-stop as the frantic, disjointed events unfold on the screen.  At its core the film revolves around a nuclear waste spill that pollutes a high school causing adverse reactions on the students and faculty.  This loose narrative gives Kaufman and gang free rein to produce whatever kind of gross craziness they feel, and they take full advantage. 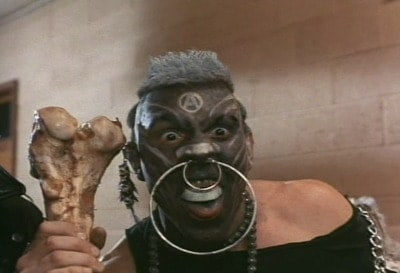 Featuring penis monsters, mutant creatures, face melting, and a bevy of gore-laden deaths, Class of Nuke ‘Em High plays out like a twisted horror version of Rock and Roll High School, only without The Ramones.  The kinetic and nearly non-stop style of the film may be tiring for some, but it falls in line with many of the goofball comedies coming out around this time in the mid-eighties.

While there’s not a lot of good in this film, the makeup effects are definitely one of the highlights.  There’s an over-abundance of people spewing green goo from every orifice in their body and that’s all well and good, but the face melting scene and another scene involving a hand being shoved down a throat actually look pretty good for the era in which this was made. 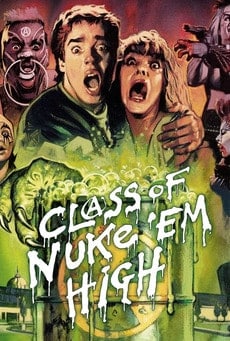 Like most Troma movies, the plot is thin, the acting is subpar, and the production is sloppy, but there’s something charming about this film that makes it a wonderful guilty pleasure.  The nostalgia factor is what keeps me coming back to this title, however cheesy B horror fans should still get some enjoyment out of this great piece of trash.