With the anticipation of big reveals at Comic-Con reaching a boiling point, Marvel added some more spice into the mix today by releasing two new posters for Thor: The Dark World and Captain America: The Winter Soldier.  The two concept art posters will be handed out on the convention hall floor in promotion of the Marvel presentation set for Saturday, July 20th.

It’s already been announced that Thor and Captain America will have a bevy of content at the con, but I wouldn’t be surprised to see some more info on Ant-Man as well as Guardians of the Galaxy.  While having cast panels is all well and good, I’m hoping to see some trailers too.  Until then, hit the break to check out the posters from Ryan Meinerding and Charlie Wen. 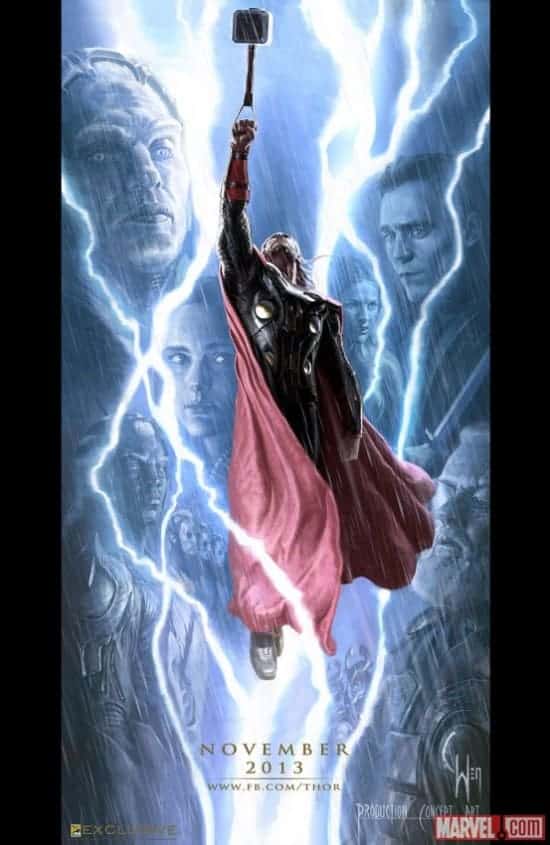