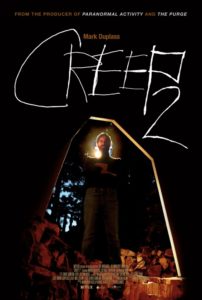 Patrick Brice’s 2015 comedy thriller Creep was the last entry in the waning found-footage genre that I actually thought made good use of the mechanic. Mark Duplass’ oddball portrayal of Josef, a man who may or may not be a deranged killer, kept me guessing at every turn, constantly questioning where this relationship between subject and documentarian is going to lead. After witnessing the shocking conclusion, it’s hard to imagine much more could be gained from this story with a sequel, especially with all the cards now on the table.

It seems like Brice (The Overnight) and Duplass (Safety Not Guaranteed), who co-wrote both films, knew this going into Creep 2 and wanted audiences to adjust their line of questioning from “is this guy crazy?” to “just how crazy is this guy?” Despite this film seemingly having no right to exist, in many ways Creep 2 manages to be creepier and more entertaining than the original.

The film opens with Josef who is now going by the name “Aaron,” his victim’s name from the first film. Aaron is finishing up his relationship with a new victim and realizes that he’s about to turn 40 and entering a bit of a mid-life crisis. He decides to make one final film and employ the help of an aspiring filmmaker named Sara, played by Desiree Akhavan (Appropriate Behavior), who has an unpopular YouTube show called “Encounters,” where she responds to odd-sounding Craigslist ads. 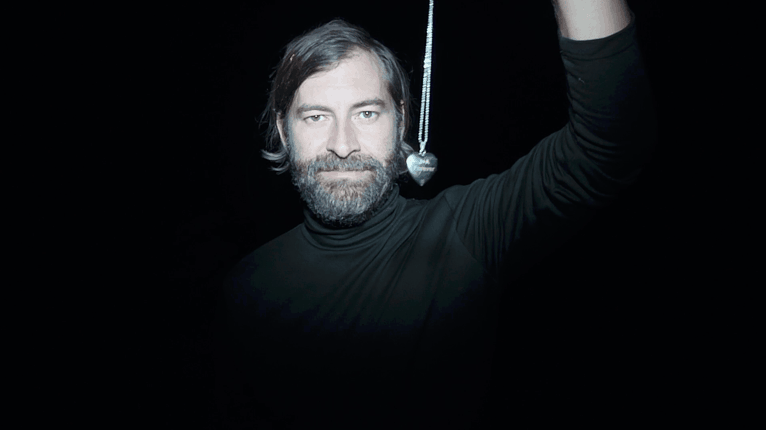 Despite seeing footage of Aaron killing the real Aaron from the first film, Sara doesn’t believe he’s a serial killer and reluctantly agrees to help him with his final video. Of course, things spiral out of control very quickly.

Like the first Creep, Creep 2 is shot in a found-footage style and carries with it a lot of the tropes, though they’re not as distracting as some other entries in the genre. I did find myself wondering who was doing all the editing of this footage a few times, but it wasn’t bothersome enough to take me out of the experience.

Duplass ratchets up the creepy this time around, bringing the same exuberance and energy into the character, but this time around there’s an added layer of conflict in the character. He’s no longer content with his vocation and finds himself at a crossroads, not knowing where to turn. 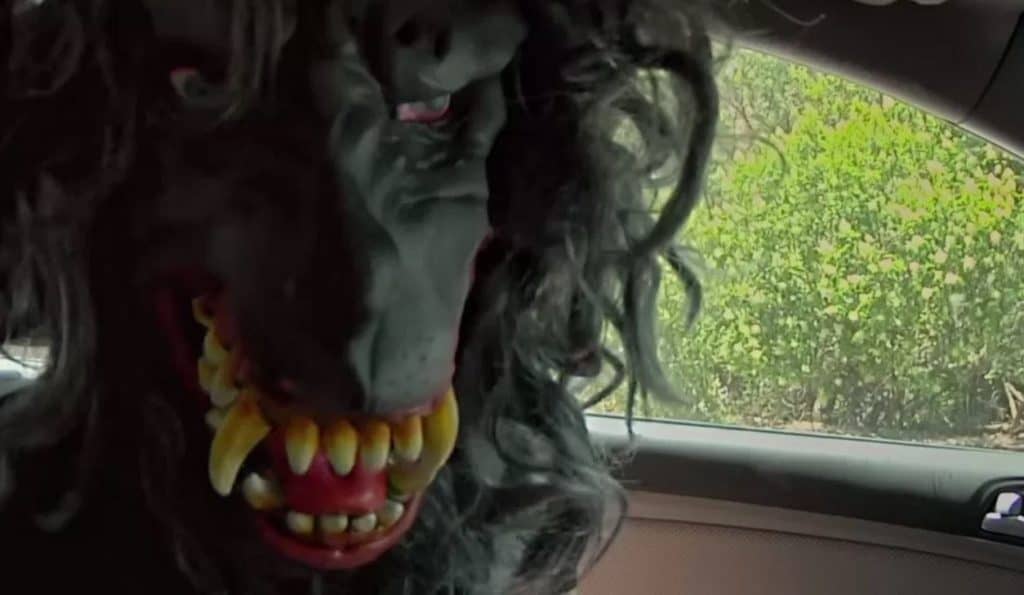 He’s admitted to killing dozens of people throughout his life, but the thrill is no longer there to satiate the void within him. He’s certainly a tough nut to crack, and, although Sara proves to be a formidable host to this madness, she and the audience can never be sure whether what he’s saying is even the truth, despite his constant reassurances to her that he doesn’t lie.

Creep 2 manages to keep itself feeling fresh, despite the fact that we already know this guy is a killer, by doubling down on the unique situation between subject and filmmaker. Sara doesn’t scare easily, and many of his tricks to wear her down don’t work. She challenges him at every turn and pushes him when she thinks he’s lying or not sharing enough. It’s a great dynamic, and Akhavan was the perfect casting choice.

Now that it’s abundantly clear that Josef/Aaron is a killer, Brice and Duplass have carte blanche to exploit this revelation in Creep 2, resulting in far more realistic and surprisingly disturbing violence than the first film.

Clocking in at a brisk 78 minutes, Creep 2 is a worthy sequel and a satisfying lo-fi thriller that manages to bring something new to the table without losing its voice. I’m sold on this as a franchise now, so bring on Creep 3!