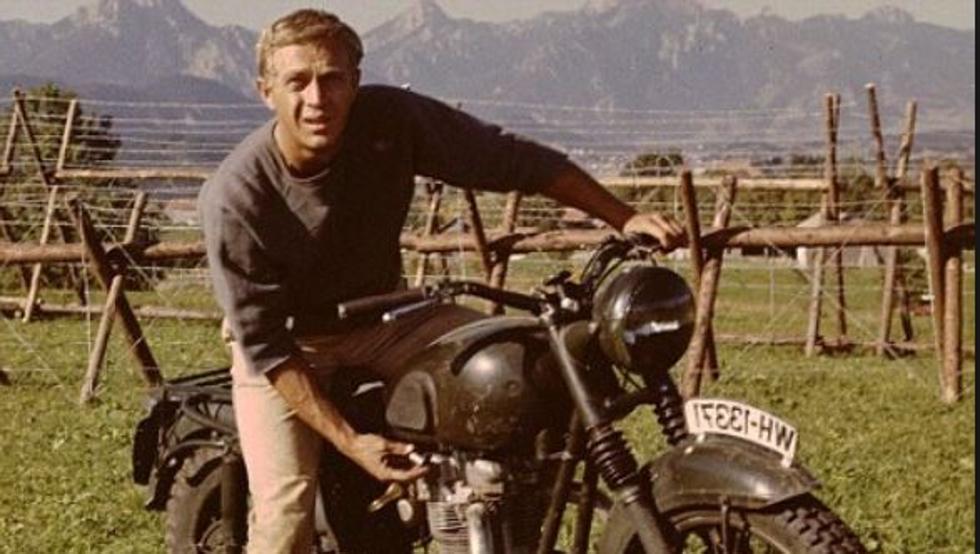 Take a look below for more information about each title, and be sure to head over to criterion.com for more.

SIX MORAL TALES
The multifaceted, deeply personal work of Eric Rohmer has had an effect on cinema unlike any other. One of the founding critics of the history-making Cahiers du cinéma, Rohmer began translating his written manifestos to film in the 1960s, standing apart from his New Wave contemporaries with his patented brand of gently existential, hyperarticulate character studies set against vivid seasonal landscapes. This near genre unto itself was established with the audacious and wildly influential series Six Moral Tales. A succession of encounters between fragile men and the women who tempt them, Six Moral Tales unleashed on the film world a new voice, one that was at once sexy, philosophical, modern, daring, nonjudgmental, and liberating.

THREE-BLU-RAY SPECIAL EDITION FEATURES
* New 2K digital restorations, with uncompressed monaural soundtracks
* Conversation between director Eric Rohmer and filmmaker Barbet Schroeder from 2006
* Four short films by Rohmer-Presentation, or Charlotte and Her Steak (shot in 1951 and completed in 1961); Véronique and Her Dunce (1958); Nadja in Paris (1964); A Modern Coed (1966)-and one on which he advised, The Curve (1999)
* “On Pascal,” a 1965 episode of the educational TV series En profil dans le texte directed by Rohmer, on the French philosopher Blaise Pascal, the subject of debate in My Night at Maud’s
* Archival interviews with Rohmer; actors Jean-Claude Brialy, Béatrice Romand, Laurence de Monaghan, and Jean–Louis Trintignant; film critic Jean Douchet; and producer Pierre Cottrell
* Video afterword from 2006 by filmmaker and writer Neil LaBute
* Trailers
* PLUS: A booklet featuring essays by critics Geoff Andrew, Ginette Vincendeau, Phillip Lopate, Kent Jones, Molly Haskell, and Armond White; excerpts from cinematographer Nestor Almendros’s 1980 autobiography; and Rohmer’s landmark 1948 essay “For a Talking Cinema”; along with an English translation of Six Moral Tales, the book of stories by Rohmer on which the films are based

THE BAKERY GIRL OF MONCEAU
Delicate and jazzy, The Bakery Girl of Monceau, the first entry in the Six Moral Tales series, evinces stirrings of what would become the Eric Rohmer style: unfussy naturalistic shooting, ironic first-person voice-over, and an “unknowable” woman. A law student (played by producer and future director Barbet Schroeder) with a roving eye and a large appetite stuffs himself with sugary pastries daily in order to gain the affection of a pretty brunette who works in a quaint Paris bakery. But is he truly interested, or is she just a sweet diversion?

SUZANNE’S CAREER
Bertrand bides his time in a casually hostile and envious friendship with Guillaume. But when Guillaume seems to be making a play for the spirited, independent Suzanne, Bertrand watches dis-approvingly. With its ragged black-and-white 16 mm photography and strong sense of 1960s Paris, Suzanne’s Career, the second of Eric Rohmer’s Six Moral Tales, is a wonderfully evocative portrait of youthful naivete and the complicated bonds of friendship and romance.

MY NIGHT AT MAUD’S
In My Night at Maud’s, the brilliantly accomplished centerpiece of the Six Moral Tales series, Jean-Louis Trintignant plays Jean-Louis, one of the great conflicted figures of 1960s cinema. A Catholic engineer in his early thirties, he lives by a strict moral code and immerses himself in mathematics and the philosophy of Blaise Pascal. After spotting the delicate Françoise at Mass, he vows to make her his wife, although when he spends an unplanned night at the apartment of the bold divorcée Maud, his rigid standards are challenged.

LA COLLECTIONNEUSE
A bombastic, womanizing art dealer and his painter friend go to a seventeenth-century villa on the Riviera for a relaxing summer getaway. But their idyll is disturbed by the presence of the bohemian Haydée, accused of being a “collector” of men. Eric Rohmer’s first color film, La collectionneuse pushes Six Moral Tales into new, darker realms while showcasing the clever, delectably ironic battle-of-the-sexes repartee (in a script written by Rohmer and the three main actors) and effortlessly luscious Nestor Almendros photography that would define the remainder of the series.

CLAIRE’S KNEE
“Why would I tie myself to one woman?” asks Jerôme in Claire’s Knee, though he plans to marry a diplomat’s daughter by summer’s end. He spends his July at a lakeside boardinghouse, nursing crushes on the sixteen-year-old Laura and, more tantalizingly, her long-legged, blonde, older half sister, Claire. Baring her knee on a ladder under a blooming cherry tree, Claire unwittingly incites a moral crisis for Jerôme while creating an image that is both the iconic emblem of Eric Rohmer’s Six Moral Tales and one of French cinema’s most enduring moments.

LOVE IN THE AFTERNOON
Though happily married to the adoring Hélène and expecting a second child with her, the thoroughly bourgeois executive Frédéric cannot banish from his mind the attractive Paris women he sees every day. His flirtations and fantasies remain harmless until the appearance at his office of Chloé, an audacious, unencumbered old flame played by the mesmerizing Zouzou. Love in the Afternoon, the luminous final chapter in Eric Rohmer’s Six Moral Tales, is a tender, sobering, and wholly adult affair that leads to perhaps the most overwhelmingly emotional moment in the entire series.

DANCE, GIRL, DANCE
Dorothy Arzner, the sole woman to work as a director in the Hollywood studio system of the 1930s and early ’40s, brings a subversive feminist sensibility to this juicily entertaining backstage melodrama. A behind-the-footlights look at friendship, jealousy, and ambition in the ruthless world of show business, Dance, Girl, Dance follows the intertwining fates of two chorus girls: a starry-eyed dancer (Maureen O’Hara) who dreams of making it as a ballerina and the brassy gold digger (a scene-stealing Lucille Ball) who becomes her rival both on the stage and in love. The rare Hollywood film of the era to deal seriously with issues of female artistic struggle and self-actualization, Arzner’s film is a rich, fascinating statement from an auteur decades ahead of her time.

HUSBANDS
The trailblazing independent auteur John Cassavetes pushes his raw, uncompromising emotional realism to its limit in this unflinching portrait of masculinity in crisis. Cassavetes joins Ben Gazzara and Peter Falk-both of whom would become key collaborators of the director’s-playing a trio of middle-aged Long Island family men who, following the sudden death of their best friend, channel their grief into an epic, multiday bender that takes them from Manhattan to London in a desperate, debauched quest to feel alive. By turns painfully funny and woundingly perceptive, this self-described “comedy about life, death, and freedom” stands as perhaps the most fearless, harrowingly honest deconstruction of American manhood ever committed to film.

SCORSESE SHORTS
This compilation of five early short films by Martin Scorsese offers a fascinating window onto his artistic development. Spanning the years from Scorsese’s time at NYU in the mid-1960s to the late ’70s, when he was emerging as one of the era’s most electrifying talents, Scorsese Shorts centers on the intimate home movie Italianamerican- a loving snapshot of the director’s parents- and American Boy, a freewheeling portrait of a larger-than-life raconteur. Also included are The Big Shave, a daringly visceral response to America’s involvement in Vietnam, and the bracing student films What’s a Nice Girl Like You Doing in a Place Like This? and It’s Not Just You, Murray! Touching on many of Scorsese’s key themes-Italian American identity, family, his beloved New York City-these are hilarious, candid, and illuminating works from the preeminent American filmmaker of our time.

WILDLIFE
The directorial debut of actor Paul Dano reveals a filmmaking talent of remarkable intelligence and restraint. Adapted by Dano and Zoe Kazan from the novel by Richard Ford, this meticulously crafted portrait of the American nuclear family in crisis charts the rift that forms within a 1960s Montana household when the father and breadwinner (Jake Gyllenhaal) abruptly departs to fight the forest fires raging nearby, leaving his restless wife (Carey Mulligan, in a performance of fearless emotional honesty) and teenage son (Ed Oxenbould) to pick up the pieces. A deeply human look at a woman’s wayward journey toward self-fulfillment in the pre-women’s-liberation era and a sensitively observed, child’s-eye coming-of-age tale,
Wildlife poignantly illuminates the complex ways in which families function, fall apart, and find their way.

THE GREAT ESCAPE
One of the most exciting adventure tales ever told, this action epic recounts the planning, execution, and aftermath of a daring true-life escape from a German prisoner-of-war camp during World War II, in which 250 men attempted to tunnel their way to freedom. In the role that cemented his superstar status, Steve McQueen plays the motorcycle-racing daredevil who sets out to foil the Nazis, alongside an all-star cast that also includes Charles Bronson, James Coburn, James Garner, and Donald Pleasence. The expert direction of John Sturges, eminently hummable Elmer Bernstein score, and rip-roaring stunts come together in what may just be the most spectacularly entertaining prison-break movie of all time, a rousing ode to the determination, camaraderie, and courage of everyday heroes.