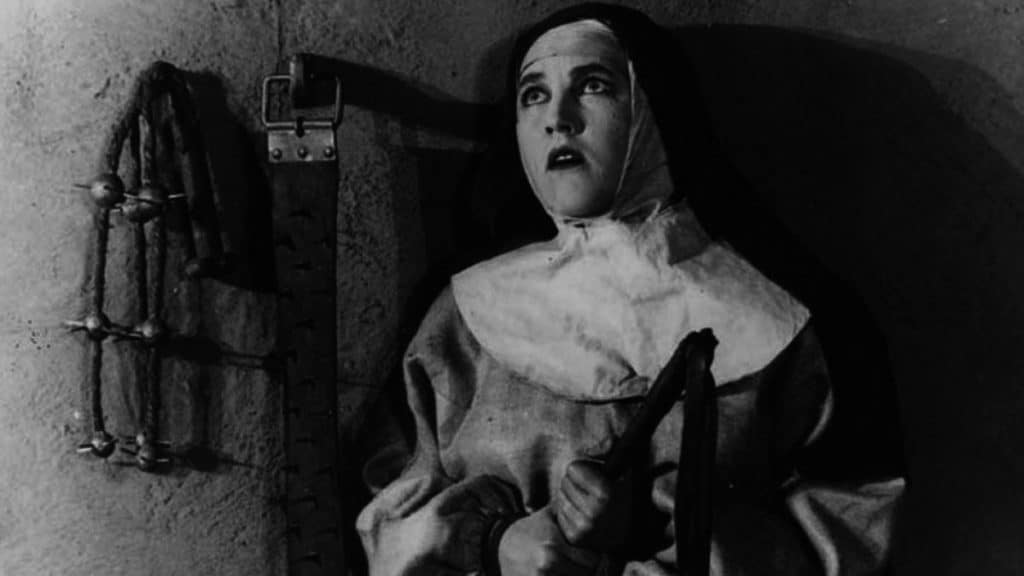 The Criterion Collection has announced the lineup for their October 2019 offerings, which include 3 silent films by Josef von Sternberg, Benjamin Christensen‘s silent classic Haxan, Leon Gast‘s When We Were Kings, and John Sayles‘ Matewan.

Take a look below for more details about each release and visit criterion.com for more info.

3 SILENT CLASSICS BY JOSEF VON STERNBERG
Vienna-born, New York-raised Josef von Sternberg (Shanghai Express) directed some of the most influential and stylish dramas ever to come out of Hollywood. Though best known for his later star-making collaborations with actor Marlene Dietrich, von Sternberg began his career during the final years of the silent era, dazzling audiences and critics with his films’ dark visions and innovative cinematography. The titles in this collection, made on the cusp of the sound age, are three of von Sternberg’s greatest works, gritty evocations of gangster life (Underworld), the Russian Revolution (The Last Command), and working-class desperation (The Docks of New York) rendered as shadowy movie spectacle.

THREE-BLU-RAY SPECIAL EDITION FEATURES
* High-definition digital restorations of all three films
* Six scores: by Robert Israel for all three films, Alloy Orchestra for Underworld and The Last Command, and Donald Sosin and Joanna Seaton for The Docks of New York
* Two video essays from 2010, one by UCLA film professor Janet Bergstrom and the other by film scholar Tag Gallagher
* Swedish television interview from 1968 with director Josef von Sternberg
* PLUS: A booklet featuring essays by critic Geoffrey O’Brien, scholar Anton Kaes, and author and critic Luc Sante; notes on the scores by the composers; Ben Hecht’s original treatment for Underworld; and an excerpt from von Sternberg’s 1965 autobiography, Fun in a Chinese Laundry, on actor Emil Jannings

Underworld
Josef von Sternberg’s riveting breakthrough is widely considered the film that launched the American gangster genre as we know it. George Bancroft (Stagecoach) plays heavy Bull Weed, a criminal kingpin whose jealous devotion to his moll, Feathers (Evelyn Brent), gets him into hot water with a rival hood and, ultimately, the authorities. Further complicating matters is the attraction that blossoms between Feathers and an alcoholic former lawyer (Clive Brook). With its supple, endlessly expressive camera work and tightly wound screenplay based on a story by legendary scribe Ben Hecht (who won an Oscar for it the first year the awards were given), Underworld solidified von Sternberg’s place as one of Hollywood’s most exciting new talents.

The Last Command
Emil Jannings (The Blue Angel) won the first best actor Academy Award for his performance as a sympathetic tyrant: an exiled Russian general turned Hollywood extra who lands a role playing a version of his former tsarist self, bringing about his emotional downfall. Josef von Sternberg’s The Last Command is a brilliantly realized silent melodrama and a witty send-up of the Hollywood machine, featuring virtuoso cinematography, grandly designed sets and effects, and rousing Russian Revolution sequences. Towering above it all is the passionate, heartbreaking Jannings, whose portrayal of a man losing his grip on reality is one for the history books.

The Docks of New York
Roughneck stoker Bill Roberts (George Bancroft) gets into all sorts of trouble during a brief shore leave when he falls hard for Mae (Betty Compson), a wise and weary dance-hall girl, in Josef von Sternberg’s evocative portrait of working-class waterfront folk. Fog-enshrouded cinematography by Harold Rosson (The Wizard of Oz), expressionist set design by Hans Dreier (Sunset Boulevard), and sensual performances by Bancroft and Compson make this one of the legendary director’s finest works, and one of the most exquisitely crafted films of its era.

HÄXAN
Grave robbing, torture, possessed nuns, and a satanic Sabbath: Benjamin Christensen’s legendary silent film uses a series of dramatic vignettes to explore the scientific hypothesis that the witches of the Middle Ages suffered the same hysteria as turn-of-the-century psychiatric patients. Far from a dry dissertation on the topic, the film itself is a witches’ brew of the scary, the gross, and the darkly humorous. Christensen’s mix-and-match approach to genre anticipates gothic horror, documentary re-creation, and the essay film, making for an experience unlike anything else in the history of cinema.

WHEN WE WERE KINGS
In 1974, Leon Gast (Our Latin Thing) traveled to Africa to film Zaire 74, a music festival planned to accompany an unprecedented sports spectacle: the Rumble in the Jungle, in which late-career underdog Muhammad Ali would contend with the younger powerhouse George Foreman for the boxing heavyweight championship title–“a fight between two blacks in a black nation, organized by blacks,” as a Kinshasa billboard put it. When the main event was delayed, extending Ali’s stay in Africa, Gast wound up amassing a treasure trove of footage, capturing the wildly charismatic athlete training for one of the toughest bouts of his career while basking in his role as black America’s proud ambassador to postcolonial Africa. Two decades in the making, When We Were Kings features interviews with Norman Mailer and George Plimpton that illustrate the sensational impact of the fight, rounding out an Academy Award-winning portrait of Ali that captures his charm, grace, and defiance.

MATEWAN
Written and directed by John Sayles (Lone Star), this wrenching historical drama recounts the true story of a West Virginia coal town where the local miners’ struggle to form a union rose to the pitch of all-out war in 1920. When the town of Matewan’s miners go on strike, organizer Joe Kenehan (Chris Cooper, in his screen debut) arrives to help them, uniting workers white and black, Appalachia-born and immigrant, while urging patience in the face of the coal company’s violent provocations. With a crackerjack ensemble cast-including James Earl Jones, David Strathairn, Mary McDonnell, and Will Oldham-and Oscar-nominated cinematography by Haskell Wexler (In the Heat of the Night), Matewan taps into a rich vein of Americana with painstaking attention to local texture, issuing an impassioned cry for justice that still resounds today.