Just about a week ago we posted the trailer for Magic Magic, a psychological horror movie starring Michael Cera and directed by Sebastián Silva.  Well, today Sundance Selects released the trailer for another film starring Michael Cera and directed by Silva titled Crystal Fairy, which debuted at the Los Angeles Film Festival last week.

The film is something of a drug trip comedy about a group of friends heading out to the desert in Chile in order to do copious amounts of hallucinogens.  Gaby Hoffmann co-stars as the title character, Crystal Fairy.  The film is set for select cities on July 12th, hit the jump for the trailer, synopsis, and poster.

On a trip through Chile a boorish American expat named Jamie (Michael Cera) and three Chilean brothers plan to set off in search of the prized San Pedro cactus and its promise of beachy hallucinations. But in the previous night’s drunken stupor Jamie invites a free-spirited fellow American (Gaby Hoffmann), whose devil-may-care worldview gives them more of an adventure than any of them had bargained for. 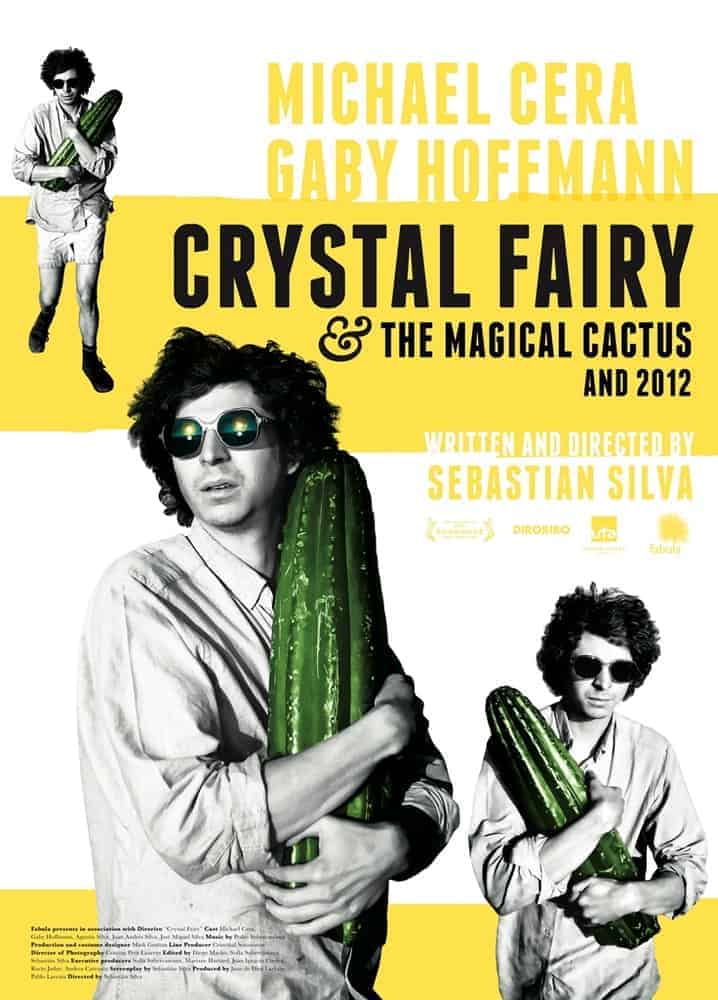