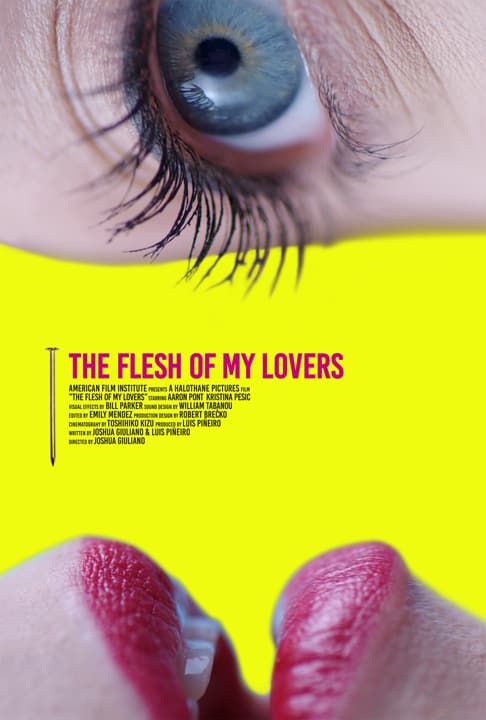 Festival which was once again held at the world famous TCL Chinese 6 Theatre in Hollywood, Calif.

These films represent a wide variety of themes inherent to the horror genre, and they stand as calling cards for the next generation of filmmakers. This year, a large number of them explored similar themes, and it was fascinating to see different takes on familiar material. Needless to say, should one – or even all – of these filmmakers move on to features, it wouldn’t be the first time that Screamfest alumni have moved on to bigger (and longer) things.

This year’s shorts programs, presented in five blocks and a few paired with feature films, were comprised of a wide variety of mini features. Often times the short-film format doesn’t provide a filmmaker the luxury of building up a narrative. But from comedy and straight-up horror to the supernatural and the human condition, these shorts were quick and to the point, economical and ultimately impactful, many with one well-thought-out twist after another.

We would be here forever if I were to discuss every short film that I had the pleasure of viewing, but I’m also not one who truly believes in brevity so we’ll be splitting my short-film coverage for this year’s Screamfest into several parts.

Lee and Sam Boxleitner’s latest film, Die, Sitter! Die! – Rupert, tells the story of a woman who is struggling to make ends meet responding to an ad for a high-paying babysitting job. Saying anything further will be too much of a spoiler; it’s best to discover things on your own as events unfold. This short would feel very much at home as an episode of the HBO classic series Tales from the Crypt, complete with the dark humor, the unease and the violence. Did I mention the humor? Featuring solid and committed performances, solid direction and a great score by Sam Boxleitner that evokes feelings of Creepshow, the brothers, who screened Downstairs last year, have themselves another winner. 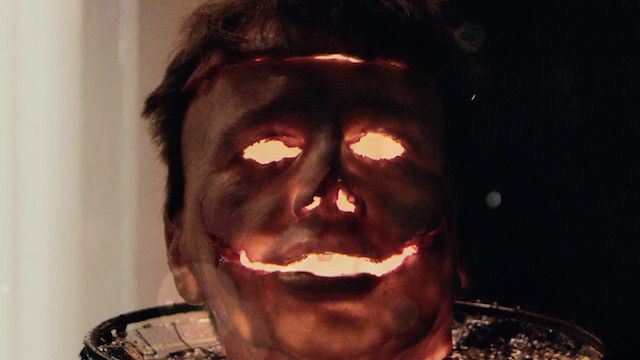 Patricia Chica’s A Tricky Treat is fairly short, just over three minutes, but will certainly leave a lasting impact and an appreciative smile on your face. This film follows a family getting into the festive Halloween spirit, but things take a very dark and gruesome turn as the revelry continues. Chica does a fine job of setting up the scenario and then building the tension as viewers try to sort out just what in the hell they are witnessing. She ultimately releases said tension in a very satisfying conclusion.

Chad McClarnon’s Daddy’s Little Girl is another quick one that will leave a lasting impression. McClarnon deftly and coherently sets up a story about a young girl’s scientific experiments by allowing the actions of the little girl and her experiments to tell the story through to its layered and nuanced conclusion. It can be at once shocking…truth be told, a child wielding real surgical tools can be unnerving on its own. There may be much to discuss – especially in this current, knee-jerk reaction climate – after the film is over, but to go into those topics would be spoiler-ish.

Vance Mclean Ball’s Don’t Fall Asleep, Motherfucker starts out slow but evolves into a very funny horror-comedy that continues to ratchet up the humor as it goes on. It does get a bit over the top toward the end, but even then, it still manages to deliver some WTF laughs. The story about a man who fears going on a trip with his girlfriend because something strange happens to her when darkness falls may just have you on the floor laughing your ass off. 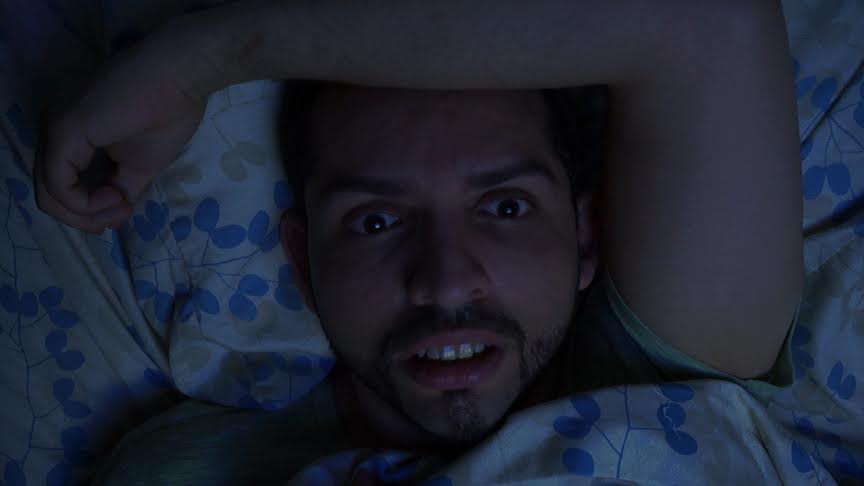 Gregory Crosbie’s In Extremis is a fun and nostalgic homage to the classic Hammer horror films of yesterday and follows a night watchman who is stationed in a seemingly empty basement. Even though you may have a sense of just where this one is going, it still proves to be a fun ride as it builds to its conclusion. Piecing together the storyline, you become aware of the bigger picture and ultimately buy into this universe. Needless to say, the watchman’s night becomes a pretty eventful one.

Joshua Giuliano’s The Flesh of My Lovers is a pretty twisted short that (and this isn’t a spoiler) may remind some of the ending of Maniac. The film follows a man who is a sexual deviant with a blatant desire to violate women, which is quite evident by the many uniquely-adorned mannequins he keeps in his apartment. However, discussing anything beyond that would be a spoiler, but what follows is funny, cute and twisted. Featuring some great performances and grungy set design, Giuliano’s student film shows he’s heading in the right direction.

Paul J. Helin’s On Dark Paths is a dark tale about a little boy who is being terrorized by a creature of the night. Well written, performed and directed, this sobering tale may leave you with an empty pit in your stomach when all is said and done. Going into specifics would certainly be spoiling it for you, but it is safe to say that, even if you may think you know what’s going on, you may not see just how it all comes together.

Shant Hamassian’s Night of the Slasher is an entertaining homage to the ’80s slasher genre. This short is most notable for its brilliant nod to how one of the most famous horror icon masks was birthed from the mask of a TV personality. Personally, I didn’t see it coming. The film has fun with the many tropes of the genre and in its short runtime nails just about every beat you could expect. It delivers the laughs, violence and gore galore.

‘Night of the Slasher’

Jeroen Dumoulein’s The Pond is a well-told gothic ghost story that certainly lends itself to being a feature film. It captures that look and feel of an old Hammer film or a DelToro-produced haunted house chiller. The story about a young girl trying to solve the mystery surrounding the pond behind her parents’ home is well acted and directed, and its great cinematography and solid visual effects amount to a compelling and effective chiller.

There were a number of short films that revolved around revenge. While many of them involved stories that were dependent on “the big reveal” at the end, Jason William Lee’s Demons in the Dark peeled away the layers from the beginning, thus revealing something much darker as the film reached its conclusion. Tirra Dent stars as a prostitute who has her way with her johns. Dent stands out in particular during a very long monologue that she delivers while dispensing her brand of justice. It’s a sobering tale grounded in a harsh reality.

John Fitzpatrick’s Yummy Meat: A Halloween Carol about a woman who makes the mistake of giving out toothbrushes for Halloween treats is a fine ode to the Halloween spirit. This short ‘n’ sweet Halloween chiller features solid acting, wit and great-looking practical make-up effects. It could have easily been part of many cinematic anthologies but is part of the Scary Endings online series. This film is a fun ride that should put you in the holiday spirit.

If you have the opportunity to catch any of the shorts that played at this year’s fest, do yourself a favor and check them out. Until then, stay tuned for Part II of my coverage of the short films of Screamfest 2015.