Nearly 40 short films were screened at the Fifteenth Annual Screamfest Horror Film Festival which was once again held at the world famous TCL Chinese 6 Theatre in Hollywood, Calif.

These films represent a wide variety of themes inherent to the horror genre, and they stand as calling cards for the next generation of filmmakers. This year, a large number of them explored similar themes, and it was fascinating to see different takes on familiar material. Needless to say, should one – or even all – of these filmmakers move on to features, it wouldn’t be the first time that Screamfest alumni have moved on to bigger (and longer) things.

This year’s shorts programs, presented in five blocks and a few paired with feature films, were comprised of a wide variety of mini features. Often times the short-film format doesn’t provide a filmmaker the luxury of building up a narrative. But from comedy and straight-up horror to the supernatural and the human condition, these shorts were quick and to the point, economical and ultimately impactful, many with one well-thought-out twist after another.

We would be here forever if I were to discuss every short film that I had the pleasure of viewing, but I’m also not one who truly believes in brevity so we’ll be splitting my short-film coverage for this year’s Screamfest into several parts.

Nikolaus Roche-Kresse’s film The Autumn of Zao is a poignant tale about a young boy with an incurable disease and a local legend about a lake monster. The film is a tender look at a friendship between Zao and a little girl named Cloe. It’s a sweet relationship that embraces how children can find the good in the direst of situations. The film builds to a rather intriguing conclusion that is simultaneously bittersweet, magical and uplifting. It features fine acting, is well shot, is sensitively written and has solid visual effects.

Gabriel Olson’s The Bridge Partner is an entertaining little thriller that features great performances from its three leads, Beth Grant, Sharon Lawrence and Robert Forster. In the film, Mattie believes her new bridge partner Olivia had whispered a very menacing threat in her ear. Did she really hear what she thinks she did or is her imagination getting the better of her? Based on a short story by Peter S. Beagle the film is amusing, at times suspenseful and in many cases intense. 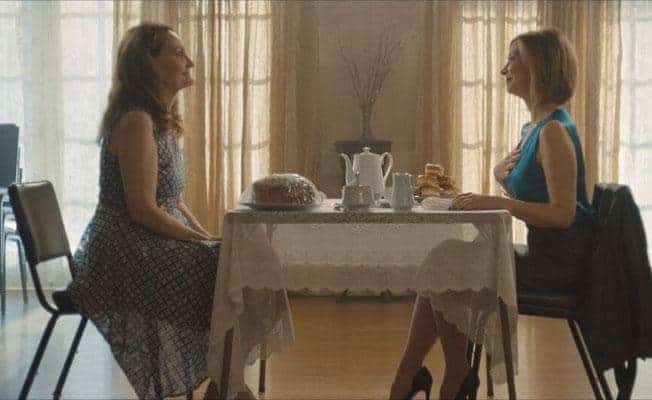 Alban Ravassard’s The Call is an intriguing mystery. It all starts when a police lieutenant is called upon to investigate a woman who appears to have been washed up on the beach. Unbeknownst to his partner, Benoit may have a connection to this woman, and since her arrival, he appears to be going through some noticeable changes both mentally and physically. Little by little, Ravassard builds the tension as he reveals just what it is that has come to this quiet coastal town and releases that tension in a finale that you probably won’t see coming.

David Lawrence’s Don’t Let Them In takes a look at the urban legend of the Black Eyed Kids. I must admit I’ve never heard of this legend, which is likely why this film didn’t register with me. In the film, a journalist’s obsession with the legend may have brought it home to his front door. The film does deliver some jumps, but overall it just didn’t have what it needed to make a lasting impression.

I had the pleasure of seeing Paul Urkijo Alijo’s El Bosque Negro (The Black Forest) at Filmquest. The film was just as entertaining as the first time I watched it. This Sam Raimi-inspired, horror-fantasy film follows a knight as he enters the Black Forest to save a fair maiden from an evil ogre. If features great practical effects, visual style, engaging performances and an entertaining story. It’s a fun ride from beginning to end.

Marc Nadal’s somber El Espejo Humano is a potent look at the effects of media on an impressionable mind. Based on true events, the film follows a young girl with social anxiety who spends much of her time longing for a connection with her parents. She instead finds herself being constantly bombarded with news reports about the atrocities people commit. The film earns its unease from the knowledge that the depicted events can happen and have happened before.

Tong Zhou’s Fish Eye is an engaging Hitchcock-ian thriller about a maid who thinks she may have found evidence that her new client is the serial killer who has been terrorizing the city. Is he or isn’t he? The film has a rather amusing opening that seems tonally different from what follows, but it manages to place you in just the right mood to be wrapped up in the story. Zhou never once shows her hand as she builds the tension up until the film’s shocking conclusion.

Jensen Rule Tierra’s Harmful Sensations can probably be best described as the ‘WTF short’ of all the short films screened at Screamfest this year. The story revolves around a young gay man who contracts a particularly nasty venereal infection, one that Tierra is not reluctant to show. The depths that this man must go to rid himself of this disease can be shocking, unsettling and oddly humorous at the same time. It really drives home the point that, regardless of sexual orientation, safe sex is the only way to go – unless of course you really do want a disease that will drive you mad, make you do crazy things and inflict gruesome bodily harm upon yourself. 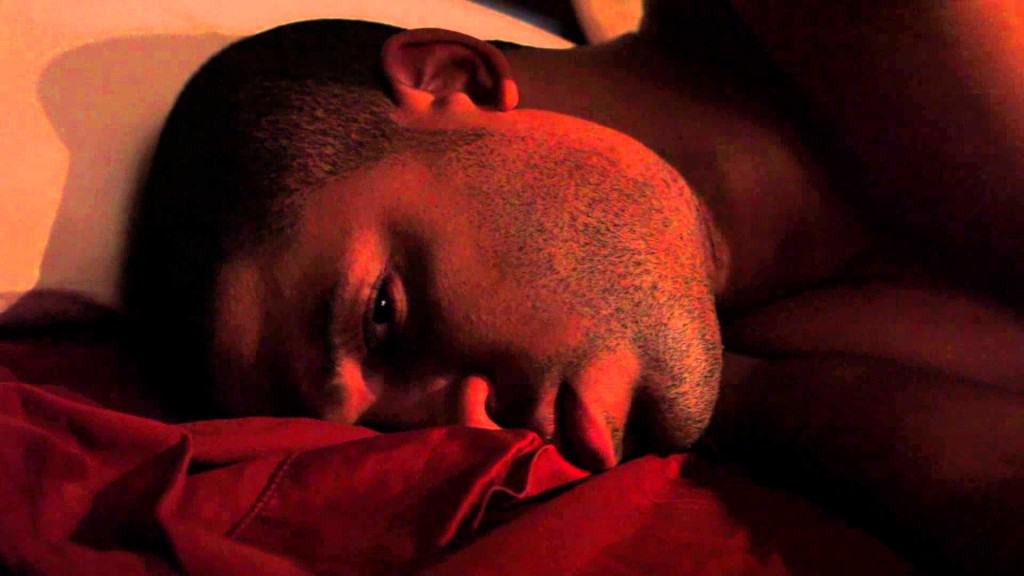 Edgar Nito’s Massacre in San Jose is pure and simply a fine ode to machismo. The film follows a ranch owner who is forced out by members of a Mexican cartel. What they don’t know is that Don Alejo is not about to give up this land, which has been in his family for generations, without a fight. With stylized violence and over-the-top action set pieces, this film – which seems to be influenced by Robert Rodriquez and Zach Snyder – proves to be a crowd pleaser as we watch Don Alejo dispense justice. While it may not be a horror film per se, it’s a bad-ass film that features one very cool jefe.

Matt Inns’ Super looks like it’s going through the motions. At first, it looks like we’re going to get just another run-of-the-mill, cat-and-mouse rape thriller. To a point, you wouldn’t be all that far off from that assessment, but what sets this apart from the norm is its execution and just where it takes you in the end. This quick rush of a short will lull you into thinking you’re watching the same old routine but concludes with a fine coda that proves memorable, funny and kick-ass.

Anna Elizabeth James’ Zone 2 is another film that plays with expectations. In it, we watch as a mother and her disabled son, survivors of an untold holocaust, do all they can to survive in their secure underground bunker. That’s the basic set-up for this engaging, dramatic thriller; to say anything further would rob it of its ultimate impact. Nicely performed, written and directed, this one plays with expectations and delivers.

If you have the opportunity to catch any of the shorts that played at this year’s fest do yourself a favor and check them out. Stay tuned for Part III of my coverage of the short films of Screamfest 2015.

CUTTING TO THE CHASE: THE SHORTS – SCREAMFEST 2015 PART I