A24 has released the trailer for the upcoming war thriller The Kill Team, which tells the true story of a young solider in Afghanistan who discovers his squad is killing innocent civilians. The film is directed by Dan Krauss, who previously made a documentary about this story with the same name.

When Andrew Briggman (Nat Wolff), a young soldier in the US invasion of Afghanistan, witnesses other recruits killing innocent civilians under the direction of a sadistic leader, Sergeant Deeks (Alexander Skarsgård), he considers reporting them to higher-ups — but the heavily-armed, increasingly violent platoon becomes suspicious that someone in their ranks has turned on them, and Andrew begins to fear that he’ll be the next target. 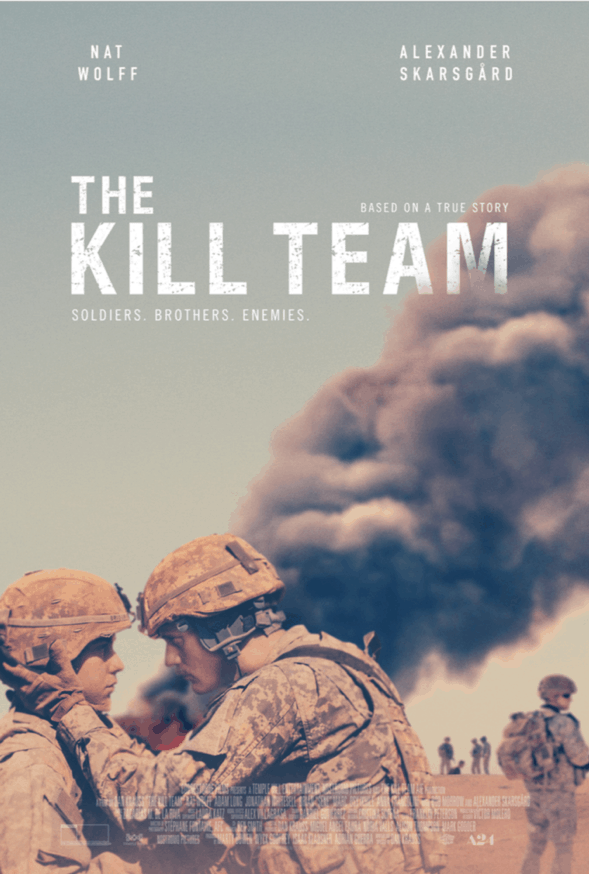