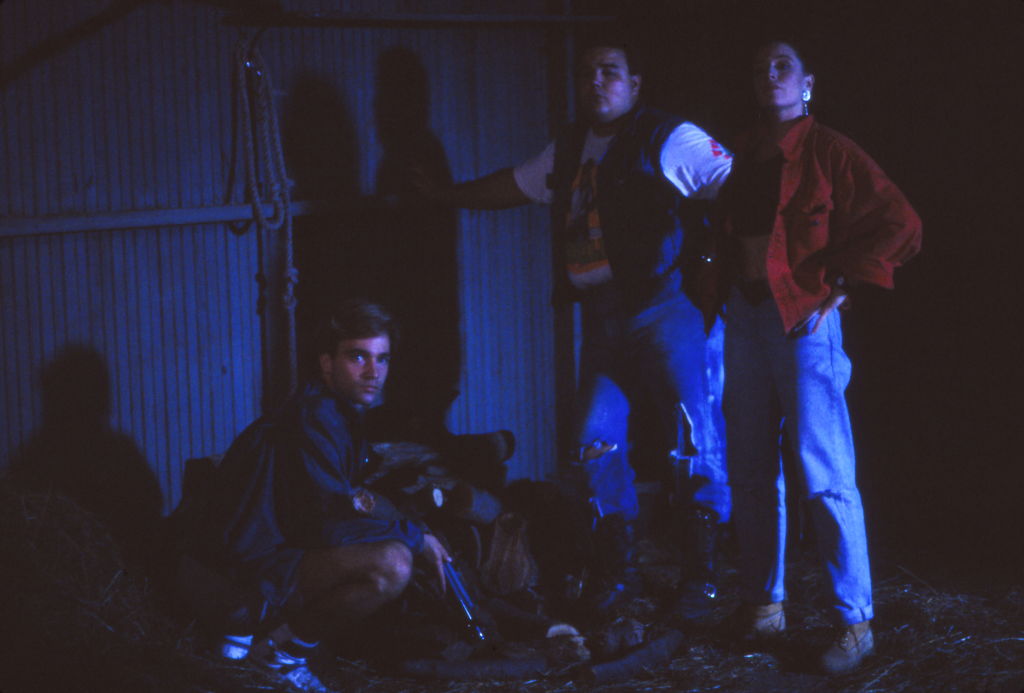 It was just a few short weeks ago that I took a look at the newly released Blu-ray for José Ramón Larraz’s late-eighties slasher Edge of the Axe, and this week, Arrow Video is releasing another Larraz slasher; this time it’s 1990’s Deadly Manor.

Playing out like a bog-standard slasher, Deadly Manor, titled Savage Lust when released on VHS, involves a group of stupid twenty-somethings who, while on a camping trip, decide to spend the night in an abandoned house for some reason and end up getting picked off one by one.

This decision is but the first of many baffling script choices, not the least of which is the sometimes-incomprehensible dialogue from the cast. These have to be some of the dumbest victims ever portrayed in a horror movie, nearly begging for their own demise.

First, they’re not even sure this house that they have come across is abandoned in the first place, so why risk going in there? What would they have done if they didn’t find this ominous manor in the middle of nowhere? Slept in the car? Or perhaps, camp in the woods like what they were setting out to do in the first place?

When they enter the house, they find that not only does it look like someone was there very recently, but also that there are creepy photographs of a woman plastered all over the walls. This revelation is already the third or fourth red flag for them to leave, but only one of them was like, “This is creepy; I’m out of here,” however she was the first to get killed for her smart decision. 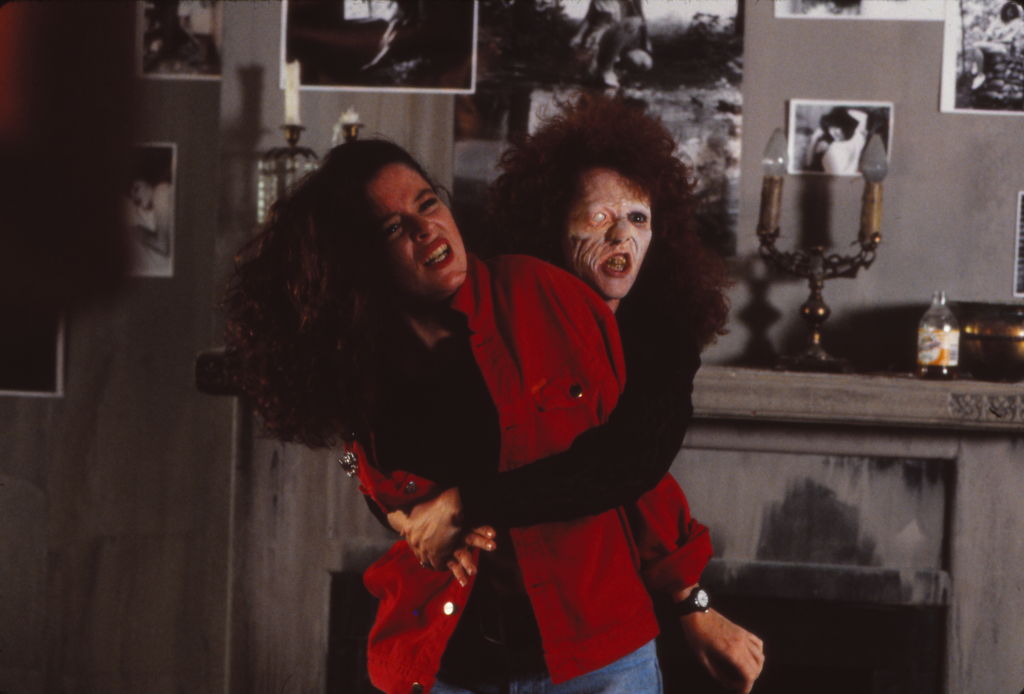 Of course, this is after the kids pick up a random hitchhiker, a practice that was deemed incredibly dangerous by this point in time. Not only that, but they also allow the hitchhiker to tag along with them and stay in the creepy house with them too.

My biggest grievance, however,  is when, that night — when they’re drinking and searching around the house, and they find a closet FILLED WITH SCALPS and still stay there. All of these completely illogical choices are exacerbated by the laughably atrocious dialogue matched only by performances from what I can only hope are first-time actors.

All of this culminates into a climax with a killer whose motivations are loose at best, with her reasoning behind the murders being that she saw one of the kids riding a motorcycle. Yes, it’s silly and stupid, but despite a fair amount of unintentional comedy, there’s very little lasting power, relegating it to the pile of dozens of other uninspired slashers that were born out of the ’80s boom.

The new Blu-ray edition looks great, however, sporting a new, 2K restoration from original film elements. Bonus content includes a new audio commentary track from Kat Ellinger and Samm Deighan and new interviews with select cast and crew, including a very entertaining one with Jennifer Delora, who played the killer, where she openly talks shit about her castmates. Trailers and an image gallery are also included, rounding out a decent package, although compared to some of Arrow’s other releases, it’s a bit light.

It’s tough to recommend Deadly Manor to anyone but die-hard slasher fans, as there’s just not much here to grab onto aside from some super cheesy dialogue and a semi-interesting killer. Arrow did an excellent job with the restoration, as usual, but the film itself leaves a lot to be desired.