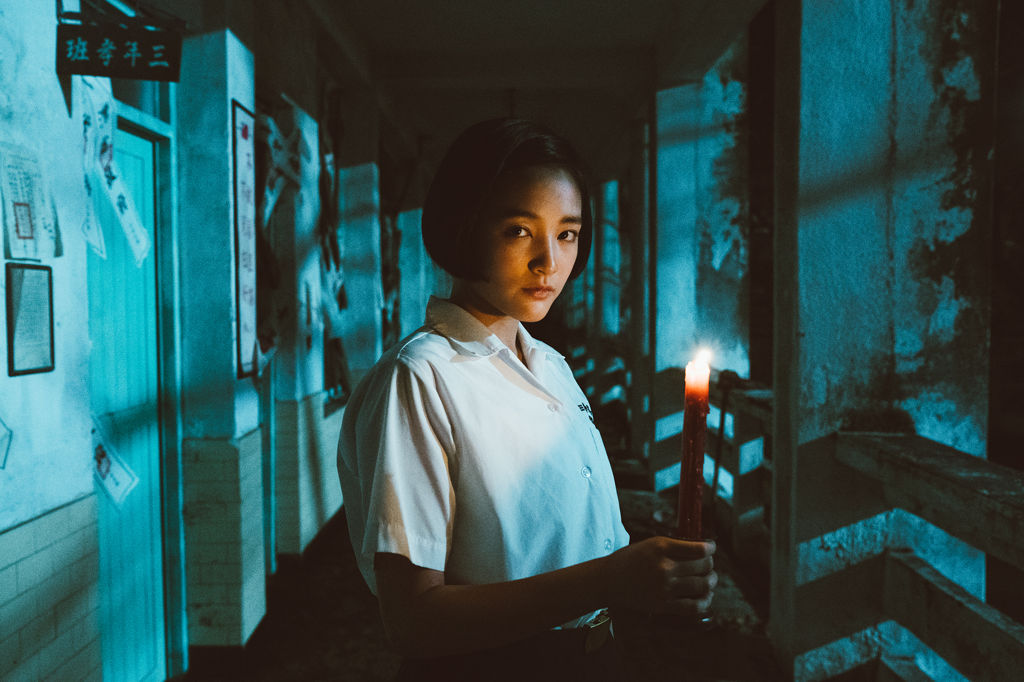 Video game adaptations are often a precarious prospect when it comes to transitioning to the big screen; studios can’t seem to get the transition right, either losing sight of – or perhaps just not recognizing – what makes the game so successful in the first place. Unfortunately, this sentiment holds true for John Hsu’s Detention, a fairly straightforward adaptation of the popular indie game of the same name.

What initially piqued my interest with this particular property is the narrative presented in the game, which blends surreal horror, Shakespearean tragedy and historical drama. This is represented in the film version, but all the nuance and deeper meaning is somehow lost in lieu of a fairly standard supernatural horror film with some very surface-level metaphor.

As one might expect, Detention takes place in a high school, where the students are under the thumb of an ever-present, consistently oppressive government, ensuring that any elements of free thought are quickly squashed. The story is set in Taiwan during the Cold War, and the communist threat is so pronounced that anyone caught in possession of any reading materials on a banned book list are swiftly dealt with – something the secret book club at the center of our story is acutely aware of.

Led by two very brave teachers, this book club meets in secret to share and discuss literature that has been included on this banned list, but, before long, someone gives them up. Flash forward an indeterminate amount of time and two students wake up to a deserted school that is seemingly overrun by some sort of demonic presence. With no memory of what happened, the two must put together the missing pieces of this puzzle and attempt to escape the rapidly deteriorating innards of the school.

Gingle Wang portrays Fang Ray Shin, the female lead and the individual who seems to be at the center of this mystery. Though not a member of the book club, she holds a special connection to Chang Ming-Hui (Meng-Po Fu), one of the teachers who ran the club. In addition, she knew Wei Chong-Ting (Jing-Hua Tseng), the other student who remains in the school with her and who was a member of the club.

There’s not much left to interpretation or imagination in Detention, and many of the biggest secrets are apparent from the early moments of the film. Unlike the game, where tiny morsels and clues are parceled out in a deliberate manner and thus ask the player to interpret the meaning behind each revelation, the movie just spoon feeds everything out for the viewer piece by piece. This, combined with the less-than-compelling horror elements, make for a disappointing and slightly dull experience.

An overreliance on CG and an unfortunate omission of some of the game’s most creepy moments make Detention feel more like a Silent Hill knockoff than a horror tale with its own identity, which is something that the game absolutely has. The aesthetic of the game is specific and unique, allowing the visuals to complement and to add additional contextual elements to the unfolding mystery. This is not present in the movie, which opts for a generic modern horror veneer, eschewing all the surreal visuals for a typical, glossy finish that might as well have taken place in modern day, rather than the early ’60s.

Given the strong narrative nature of the game, this is a situation where I would recommend simply playing through that instead of watching this film version. If you did play the game, the movie is nothing more than a stripped down, surface-level retelling of the story that doesn’t add much to the saga.